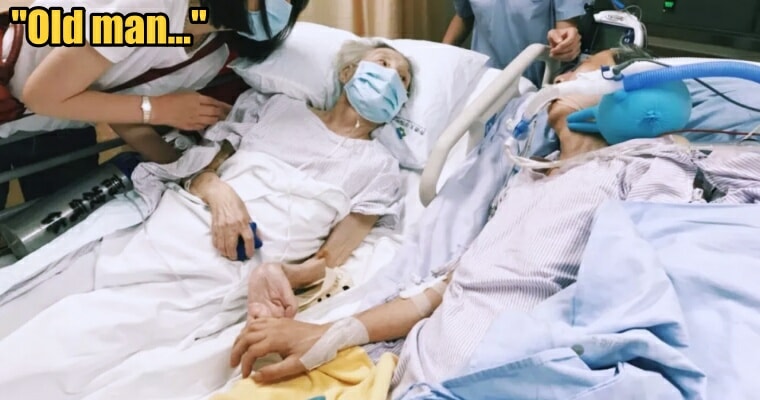 “Til death do us apart.”

Recently, a story about an elderly couple from Shenzhen, China, broke our hearts. After being married for 57 years, this could be their very final moment together.

Peng (the wife) was hospitalised on 8 July because she suffered from a brain haemorrhage, while Gao (the husband) had a heart attack on 17 July. Both of them were sent to the University of Hong Kong-Shenzhen Hospital for treatment. The wife woke up from her surgery on 27 July, only to find her husband admitted into the ICU. Knowing that this might be the last chance for her to see her beloved husband, Peng requested the hospital staff to send her to Gao’s ICU.

Even though Peng hadn’t recovered from her surgery, the hospital staff agreed to grant her wish. Thus, they pushed her bed all the way to Gao’s ICU and placed their beds next to each other. 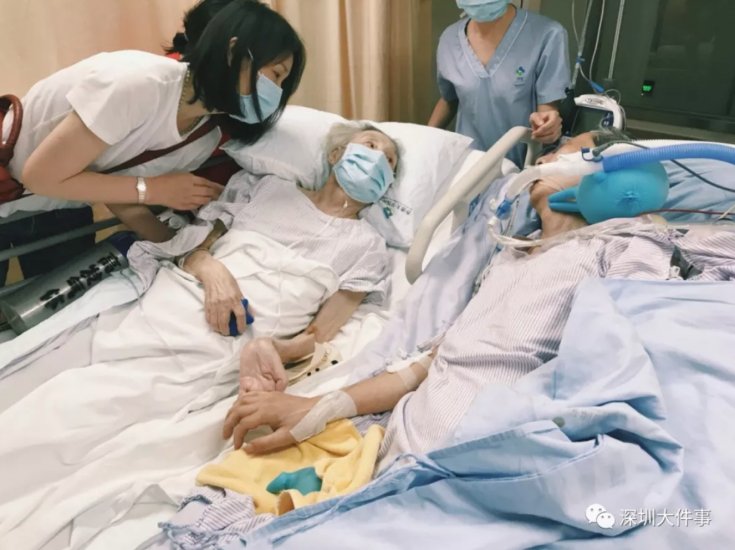 Eager to see her husband, probably for the last time, Peng held his hand while gently looking at his face.

Their daughter mentioned that Gao’s condition was severe after he fainted due to a heart attack, and he hadn’t woke up since then. She carefully broke to news to her mother, who was recovering in her ward because she knew her dad might not be able to make it.

“Old man… Old man…”, Peng called out to her husband although she knew that Gao couldn’t open his eyes.

The heart-wrenching reunion with her husband only lasted for 10 minutes because their daughter didn’t want to overwhelm Peng. They were cautious about Peng’s emotions, and they didn’t want to worsen her condition.

“Initially, I didn’t expect the hospital staff to agree to send my mum to my dad’s ICU ward. I’m really grateful because not only did they agree to do so, but they took immediate action as well. I’m more relieved now, and the burden has been lifted because mum got to see dad for the last time.”

Old couples like them make us believe that true love does exist. 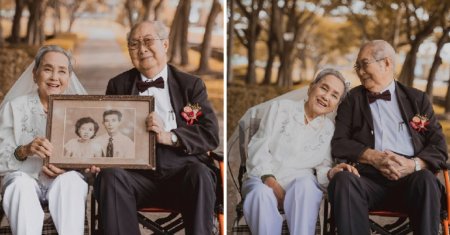