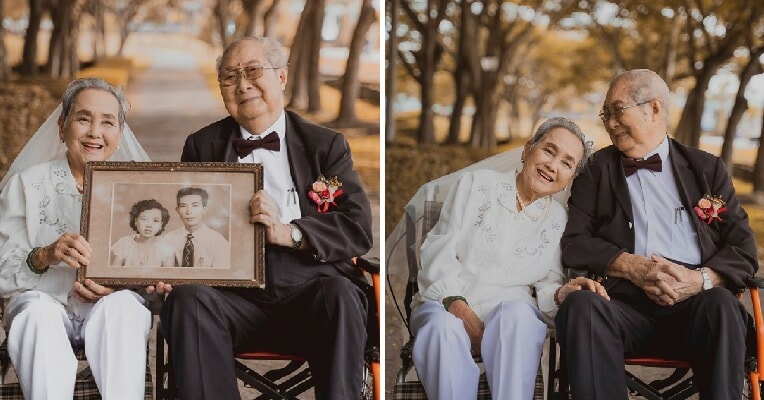 It’s not that easy for a couple to uphold the vow, “Till death do us part” these days but 92-year-old Chen and 90-year-old Shen have the sweetest love story you’ll read today. You can always see the love and affection in a set of good wedding photos but this old couple only managed to take their first-ever wedding photoshoot after 66 years of marriage. 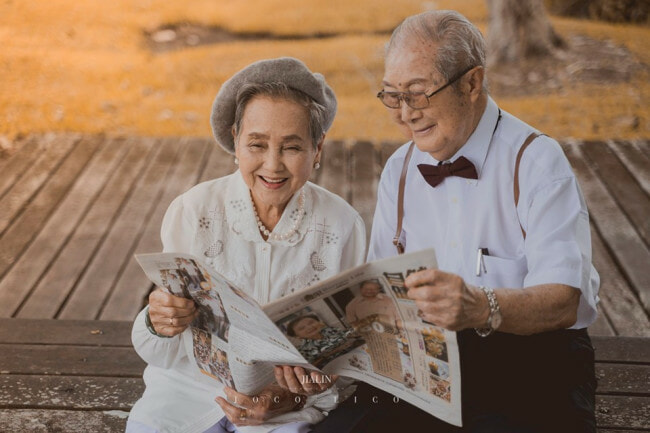 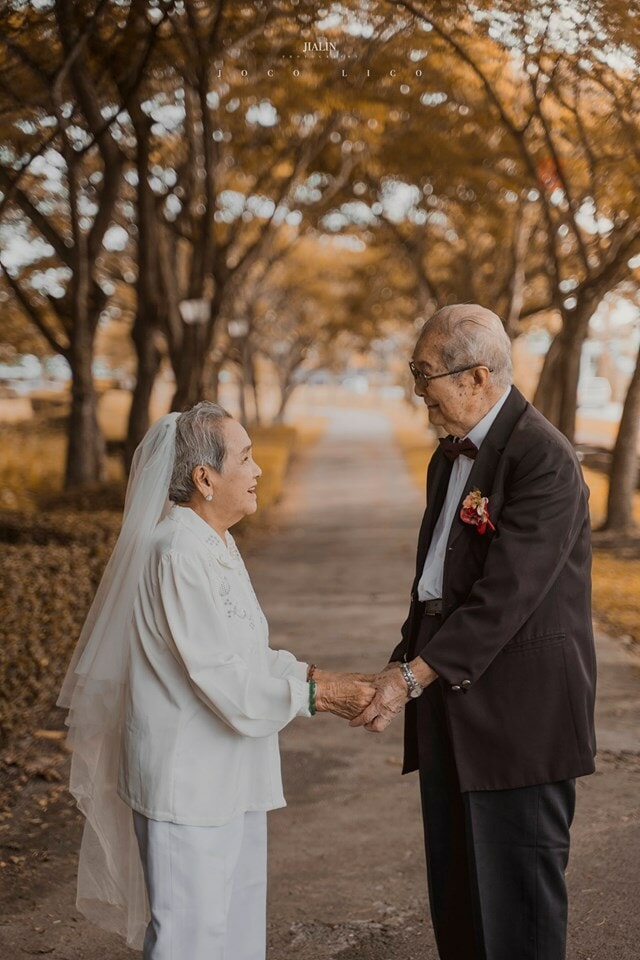 Sinchew reported that the photoshoot happened because the couple bumped into a wedding planner at a restaurant in Sarawak. She was moved by the couple’s obvious love for each other and offered to help organise a free photoshoot for them. At first, they were worried that it was a scam but got excited when they realised the offer was genuine as they didn’t think that they would have the opportunity to do so at their age.

Their love story began in 1946, when then-19-year-old Chen arrived in Sarawak after he finished schooling. He started working in a grocery store which was owned by Shen’s uncle and when he arrived in Malaysia, he only had a few ringgit in his pocket. 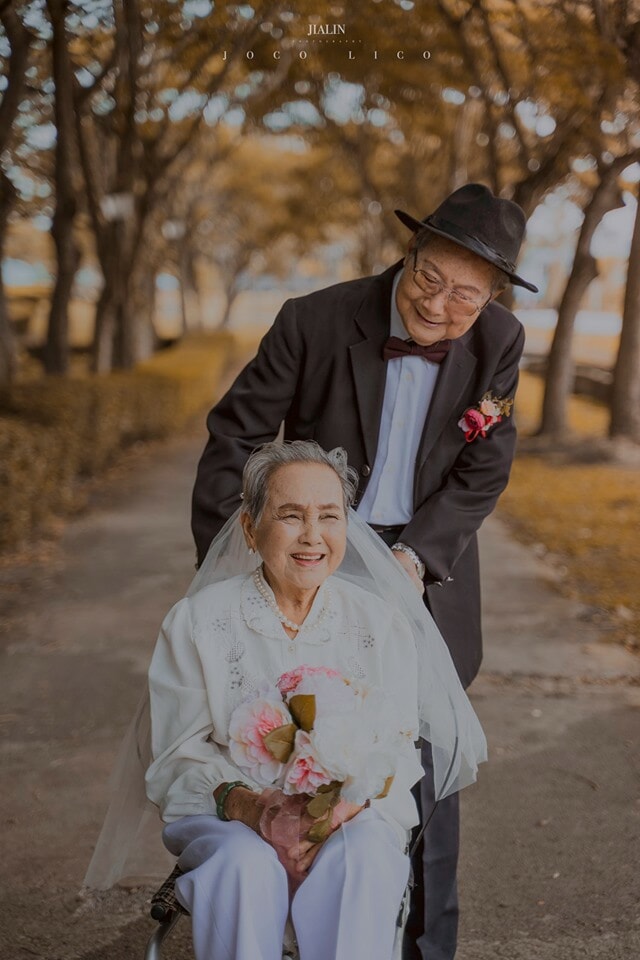 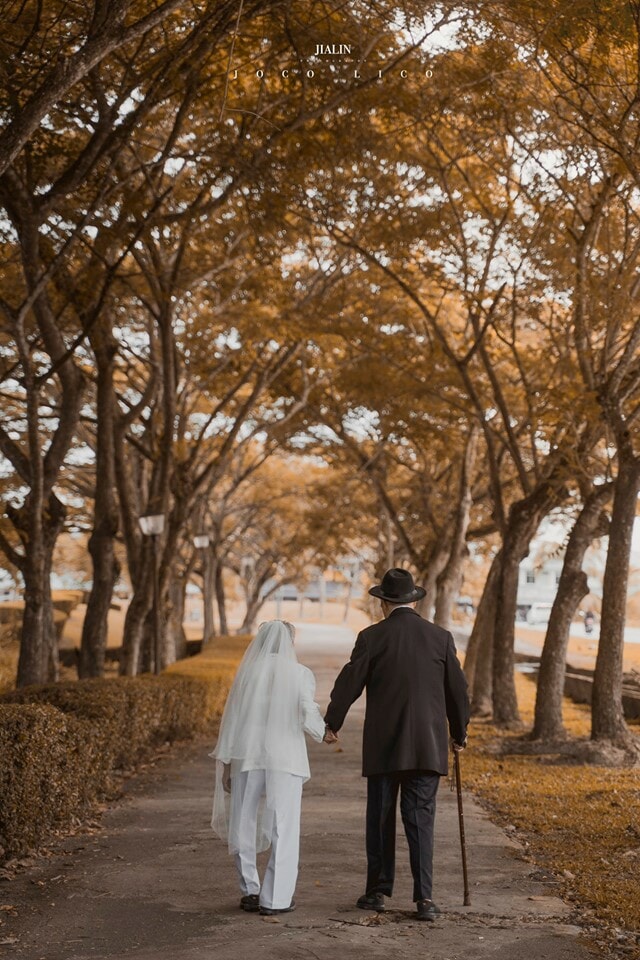 As he was very poor and only earned RM15 a month, he did not dare to think about love and just continued working hard every day. He started to fall in love with Shen but because he was so poor he did not dare to confess to her until one day, he plucked up his courage and told her, “I am very poor, I only earn RM15 a month. Are you willing to be together with me?”

Based on a post by the photo studio, Joco Lico Bridal & Studio, Shen agreed and both of them got together when they were in their early twenties. Chen said that she was so brave, to agree to be with him even though he was so poor. “She used her youth to bet on me and I cannot let her lose,” he added. 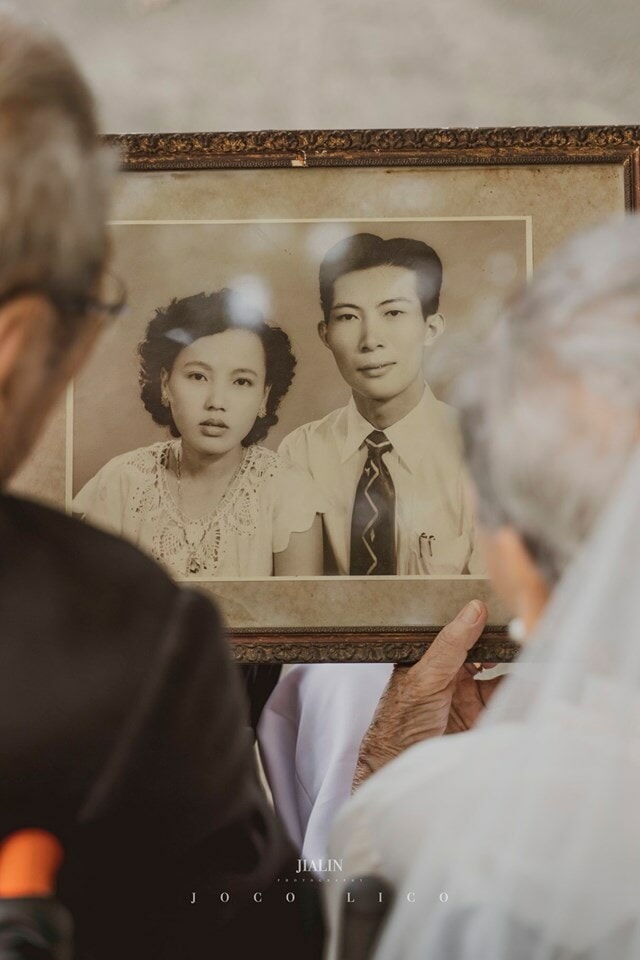 They started a small business together and started to make some money, but when they got married when Shen was 24, they only had the money to take an engagement photo at the Sibu Art Museum. Their wedding banquet was held in a coffee shop where they were served coffee and cake with a few close friends and family members, which was enough for them. Unlike the grand affairs we have these days!

Luckily, their grocery store business improved and in 1998, Chen decided to retire and hand over the business to his son. The couple enjoyed their golden years together and have two sons and five daughters from their marriage. They would help each other with their medications and daily life. Shen would read to Chen as he had weak eyesight and Chen would push Shen around on her wheelchair as she could not walk much. #RelationshipGoals! 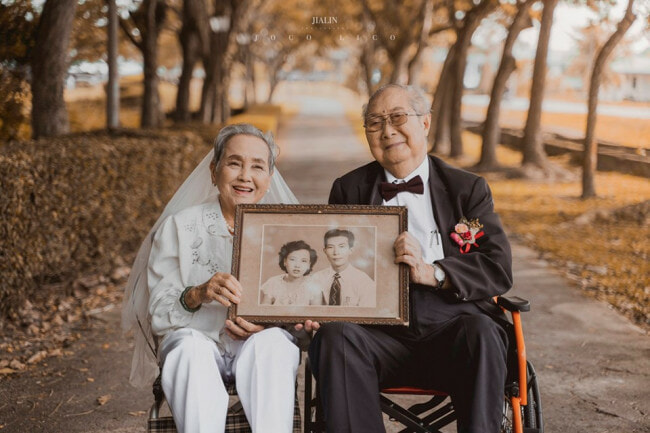 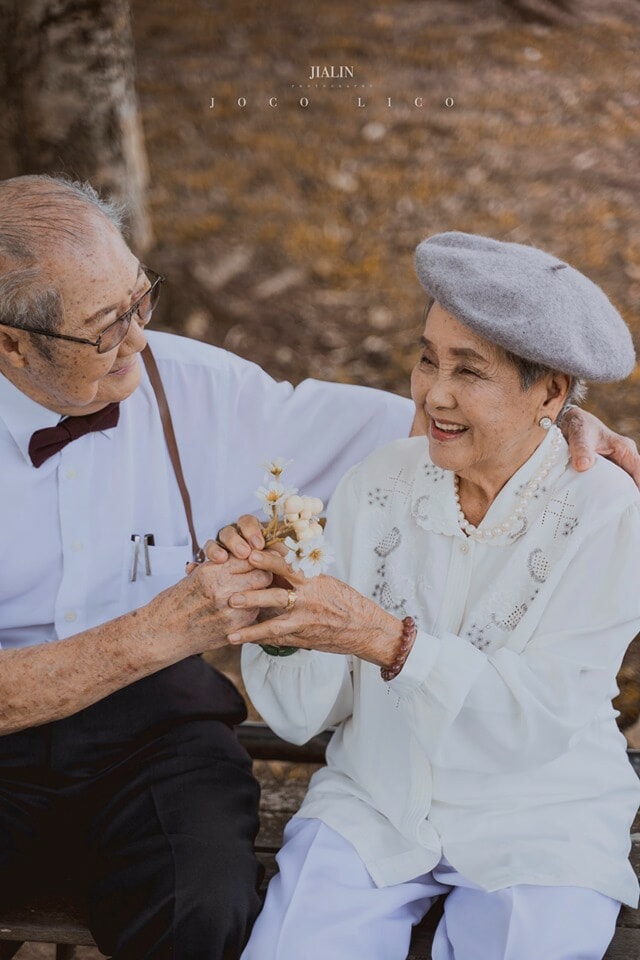 During the photoshoot, Chen said that he was mesmerised by Shen’s beauty and couldn’t stop complimenting her. They also said that the secret to a long and happy marriage was to always tolerate and be understanding of each other. The couple said that youngsters these days rushed to throw away things when they were spoilt but last time, their first thought was to fix the item before throwing it away as a last resort.

This is a truly lovely and wonderful love story that we can all learn from!

Also read: This Uncle Is Giving Us Hope in Love With These Adorable Viral Photos of His Date 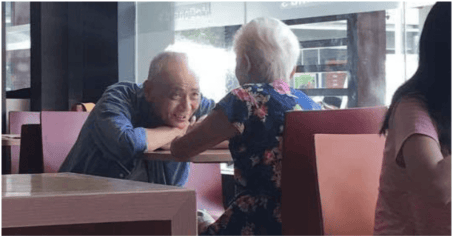