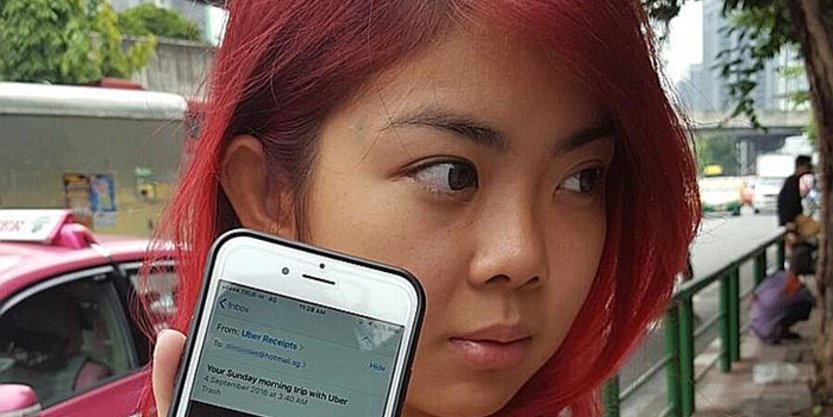 One thing girls always worry about when they are going out is safety. There’s the constant worry of being kidnapped, raped, robbed, molested, stalked, disturbed, etc etc etc. You get the point.

Unfortunately, one Singaporean girl had to got through a nightmarish ride of her life when she got into an Uber car where the driver was drunk. Nicole Lee shared her experience where the moment she got into the car, the driver boasted about how he had been drinking before he picked her up at 4.12am.

Nicole, 23, requested several times to be let out of the car but the driver insisted that he can continue with the ride. Reasoning with herself, she thought perhaps he was just trying to impress her with his drinking abilities, and it seemed like he was driving alright.

So she decided to continue with the ride. Probably the biggest mistake she made that night.

Throughout the ride, the driver kept offering to bring her to a house party or makan supper with him. EWWW GROSS. Then, halfway through the ride, there was a road block and the driver started freaking out exclaiming

“I cannot take the (breathalyser) test!”

Shocked, Nicole questioned herself with even continuing with this ride and her fears that he may be too intoxicated to drive surged into her again. Luckily, they were let off easily. Nicole explained,

“At the roadblock, he told the police that he was an Uber driver and was taking me home. They let him pass.”

Once they arrived at her destination, he didn’t even let her out! The drunk driver kept pestering Nicole for her phone number and wouldn’t let her go unless she complied. After a long night, the tired Nicole finally gave in to his requests and he let her off.

“At that point, I was quite eager to go home, so I gave it to him.” 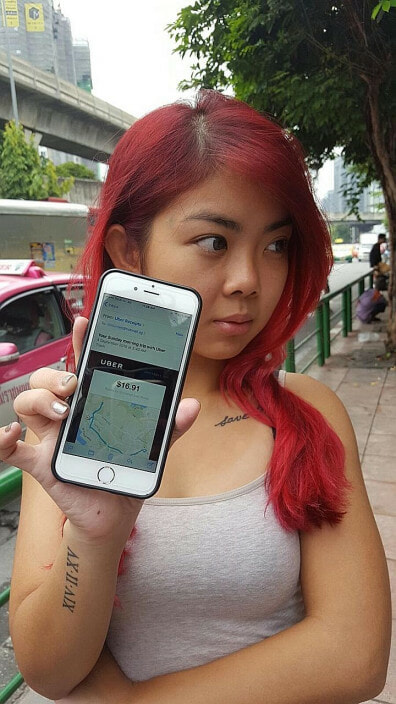 After that, Nicole tried to elicit a confession out of the driver about his drinking via Whatsapp. The driver told her “200 for 2 towers or one bottle of Chivas.”

Nicole has lodged a complaint and Uber has since suspended the driver.

Thankfully nothing worse came out of

So ladies, sometimes we think we’re doing OK being alone outside, but creepers like this driver exists. So always watch out and be careful, okayyy!

And here’s a PSA to everyone who drunk drives.