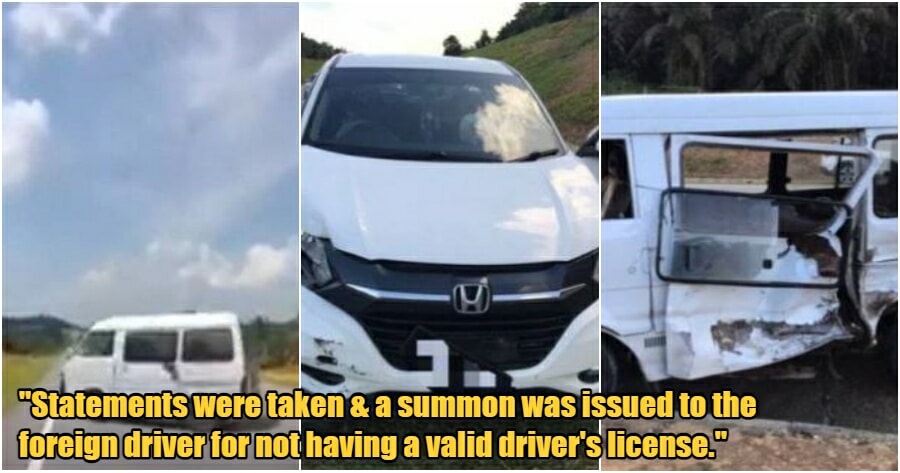 Reckless driving does not only bring trouble to yourself but also to other road users. If the situation is bad enough, it can even be fatal.

Unfortunately, reckless drivers can be seen anywhere at any time and despite laws & consequences, nothing seems to be stopping them. Recently, the Facebook page We Are Malaysians shared a video that shows a car crashing into a white van that made an illegal U-turn on a road in Johor. 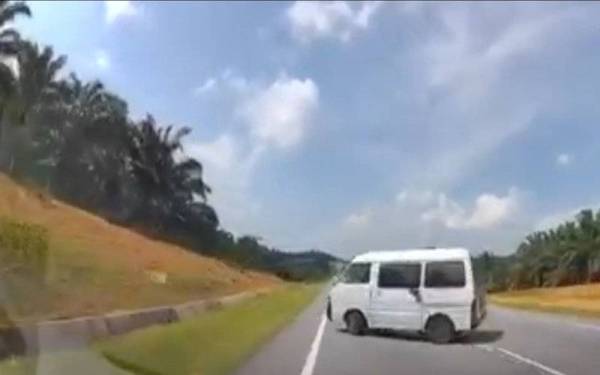 In the 32-second video, we can see the driver of the white van making an illegal U-turn and the driver of the car not being able to stop in time which leads to a heart-stopping collision. Immediately after the collision, a child can be heard crying.

Posted by 我们是马来西亚人 We are Malaysians on Sunday, May 22, 2022

According to a police statement made by Superintendant Hussin Zamora, the chief police of Kota Tinggi, Johor, the accident took place at Kilometre 59.7 Senai-Desaru highway on Sunday (22 May) around 2:55 pm. 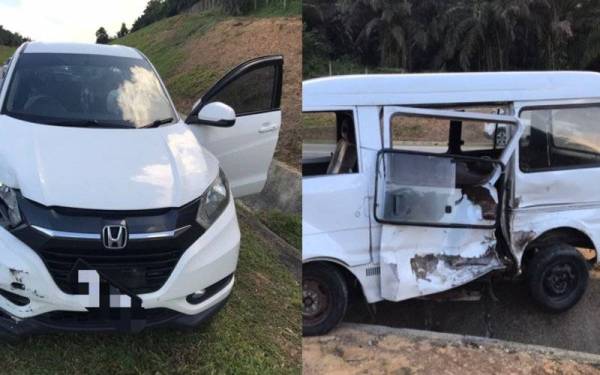 The collision involved the white van that made an illegal U-turn and a Honda SUV that did not manage to stop in time.

PDRM also confirmed that the driver of the white van is a foreigner who does not possess a driver’s license and who was on his way to work.

Fortunately, there were no fatalities, but the child in the Honda SUV suffered minor injuries – scratches on his cheek and forehead, as well as a swollen left eye. The 29-year-old woman who was driving the SUV had injuries on her lips and swollen hands.

The 33-year-old foreign driver, however, did not suffer any injuries.

Statements were also taken and a summon was issued to the foreign driver for not having a valid driver’s license.

Hopefully, this will serve as a solid reminder to everyone and never ever make an illegal U-turn as the consequences can be ugly.

Also read: Former Basikal Lajak Rider Who Is Now Wheelchair-Bound Reminds Teens To Avoid This Bike At All Costs 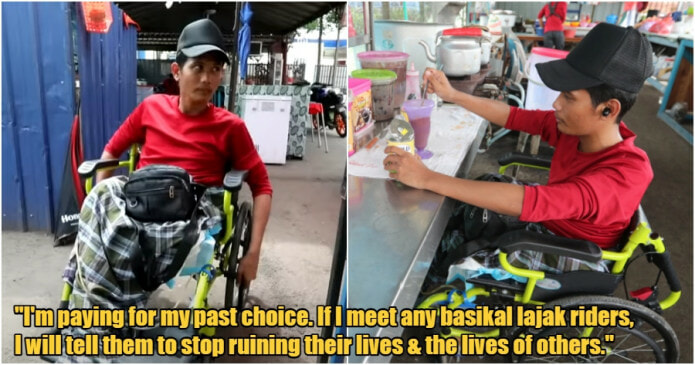