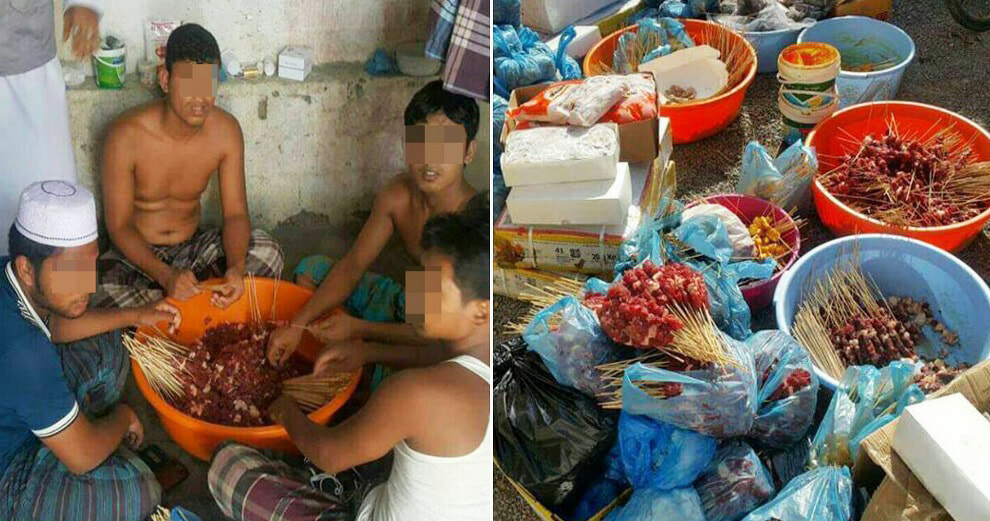 WARNING: Readers may find the contents of this article disturbing. Readers’ discretion is advised.

The post in question claimed that a stall at Geylang’s Ramadan Bazaar was using cat and dog meat for their satay.

Apparently, the vendors of the stall were caught red-handed trying to marinate dog and cat meat, and there are some disturbing pictures included in the post. 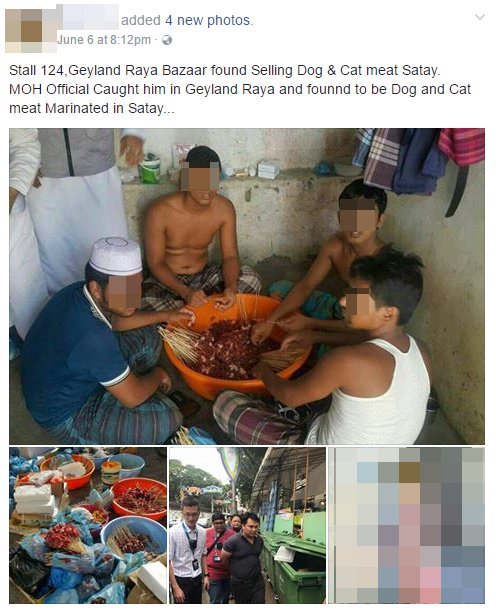 One picture in particular shows a tied-up dog with its skin and nearly all of its flesh cut off from the neck down.

Needless to say, it’s a pretty gruesome sight to behold. 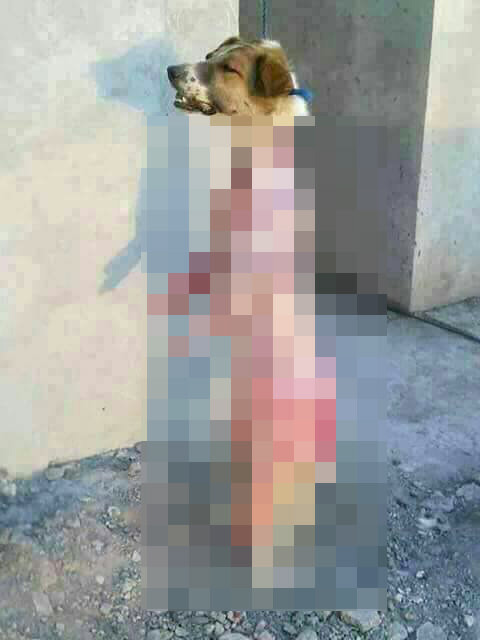 However, it appears that many Singaporeans were having a hard time believing that this actually happened. Many of them pointed out that the photos don’t even look like they took place in Singapore.

One netizen pointed out that the gory dog picture was actually from the annual Yulin Dog Festival held in China.

Needless to say, the mass amount of speculation among Singaporeans was something the authorities could not ignore.

According to Stomp, Singapore’s National Environment Agency (NEA) is currently investigating the claims being made in the Facebook post. They put out a statement, saying,

“The National Environment Agency (NEA) is aware of a message circulating online which claims that a stall in the Geylang Serai Bazaar is selling satay made from dog and cat meat.”

“Based on NEA’s inspection on 31 May 2017, Stall 124 at the Geylang Serai Bazaar was selling ‘dengdeng’ and not satay, as claimed in the online posts.”

Although many Singaporeans believe there isn’t any dog or cat meat being sold at Geylang’s Ramadan Bazaar, it’s good to know that the authorities are looking into the matter just to be safe.

Otherwise we’re sure everyone would be furious! 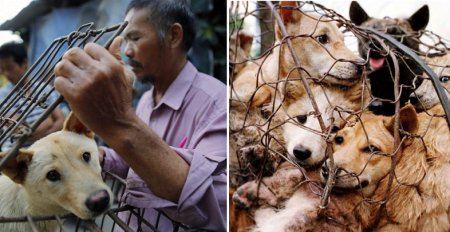