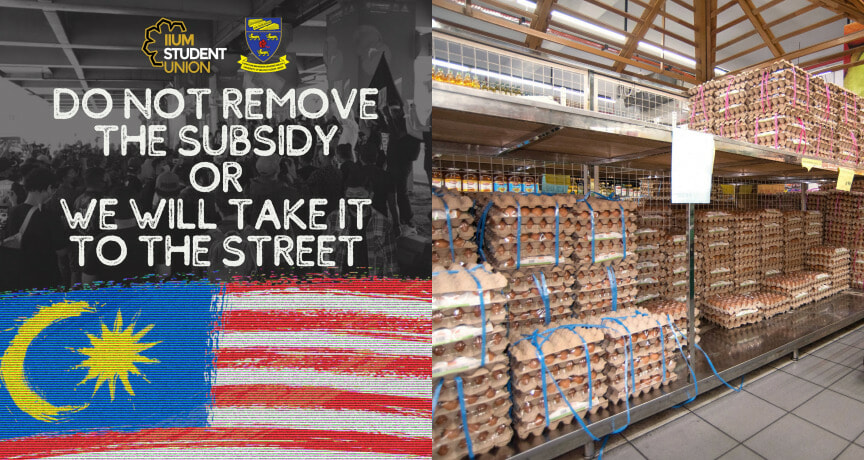 In a joint statement, the IIUM Student Union and University Malaya Students’ Union urge the government to eliminate the action of subsidy and price ceiling removal or they will take the matter to the streets and protest against the announcement.

Previously on 21 June 2022, the government announced that the price ceiling for chicken and chicken eggs will be removed, along with the removal of subsidy for cooking oil in bottles of 2kg, 3kg and 5kg starting 1 July 2022.

According to the statement, this decision has disregarded the citizen’s hardships and rights and will have a domino effect on the other goods. “We believe this decision was made without taking into consideration the citizens’ livelihoods,” it states, adding that the rise in prices of daily necessities is expected after the removal of subsidy, and people would need to spend more.

The statement also said that additional cash assistance has little to no help to resolve the matter. “Although we are well informed of the announcement of the additional cash assistance, it is fairly apparent that such an effort is grossly insufficient to resolve this matter,” it says, further adding that the decision would negatively influence the students’ welfare, cause inflation as well as reduce the people’s purchasing power.

The unions urge the government to exert all possible solutions to ease the obstacles that are faced by the people. “We no longer view ‘Bantuan Keluarga Malaysia’ as a long-term solution to address the need of the people, we need structural changes,” the statement added.

“Stop leading the ‘Keluarga Malaysia’ if you are the one who oppresses those family members,” the unions condemn the government and urge the government to be responsible and act proactively. The statement also urges the government to come up with a comprehensive plan to avoid the expected price spike by their ‘irraitonal’ decision.

The joint statement was posted on IIUM Student Union’s Twitter account on 25 June 2022 (yesterday) at around 3pm. 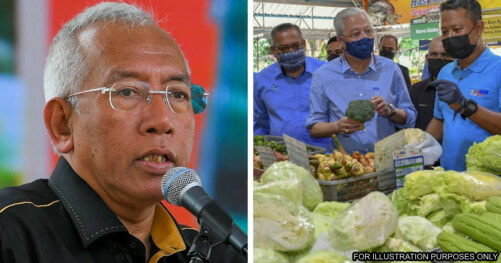