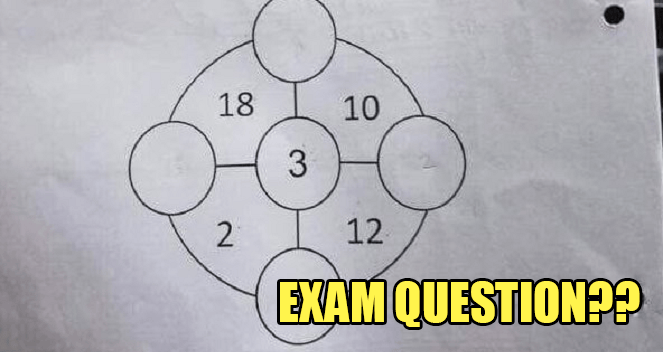 Singapore is often joked as a ‘kiasu’ country, but that’s not necessarily a bad thing!

For starters, their level of education is on a completely different level compared to Malaysia’s! Just like Ash Ketchum from Pokémon, they want to be the very best…

Recently, a primary one exam paper from a Singapore school has been going viral on social media because no one could answer it, Mothership reported.

It was a bonus question, whereby if answered correctly, would’ve granted the student four additional marks. The plot twist? Apparently even adults could not find the solution! 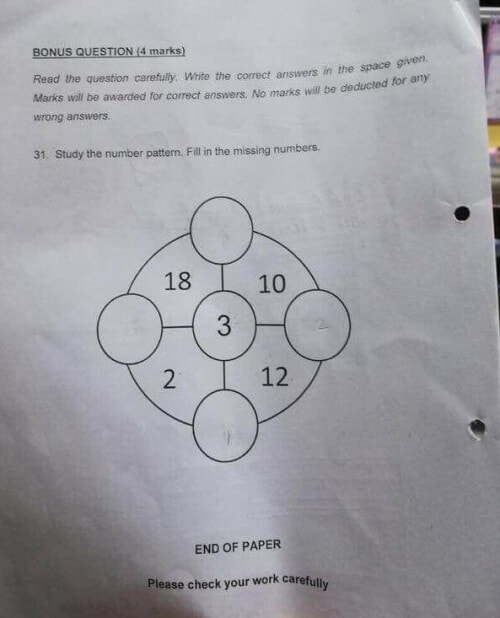 Can you figure it out? Answer is at the end, but don’t cheat!

Understandably, everyone’s minds were boggled. No one could make a connection between any of those numbers. Many people tried and tried but, alas, no logical answer could be conjured. We also got pretty sick about figuring it out.

This, of course, triggered some nasty memories about the secondary three and four question, which went viral about two years ago in Singapore.

The question was to figure out when is Cheryl’s birthday. 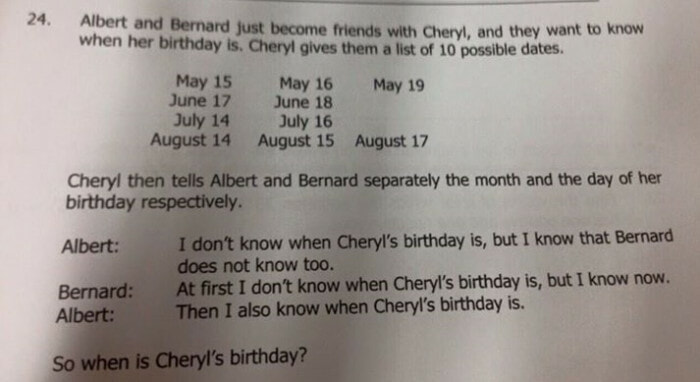 Netizens were divided as they found different answers. But no one could actually pinpoint which was the most accurate answer.

So, they resorted to scolding poor Cheryl or making fun of her.

But the real answer is actually July 16, as explained by Jun.

Anyway, the answer to the primary one question is:

Tough isn’t it? Who would have thought this was the answer?!

This is solid proof as to why Singaporeans are so kiasu. Only in primary one but already being tested with such difficult equations. Aiyo… 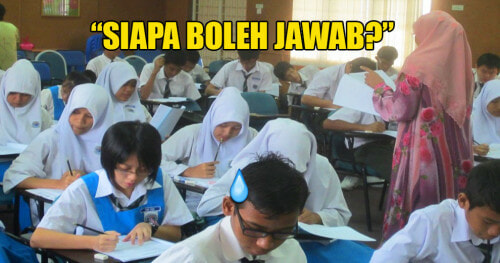