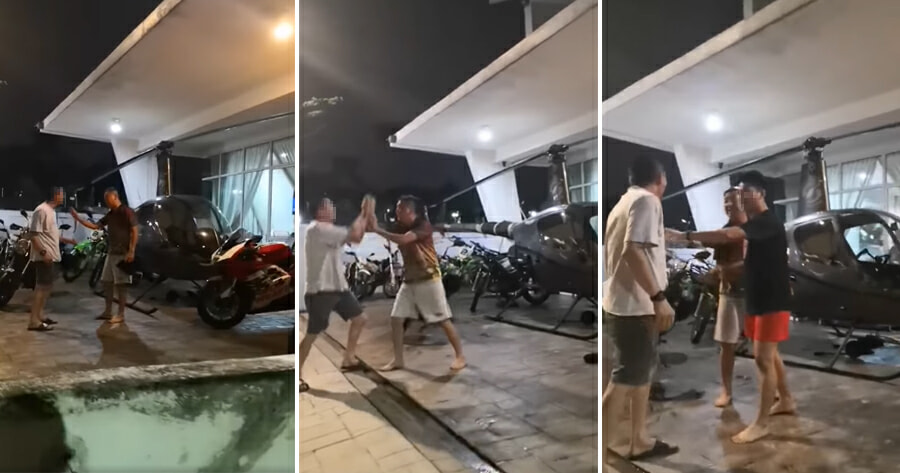 A video of an argument between a ‘Datuk Seri’ and a ‘Datuk’ has been making its rounds on the Internet recently, showing two men in Puchong bickering over a parked helicopter in one of their houses.

According to Facebook user Wai Loong Chiok who uploaded the video on 28 January, the Datuk Seri had parked his two-blade helicopter in his porch and had apparently been cleaning it every day. However, on that night, a Datuk from across the road approaches the Datuk Seri and starts to quarrel with him.

According to the post, the Datuk has a factory that is not allowed to operate during the MCO and has been stuck at home as well.

The two men start shoving each other while exchanging profanities.

“My parking the helicopter here is none of your business. You are only a Datuk, don’t be arrogant,” the Datuk Seri can be heard saying.

Another individual then approaches them and intervenes in their fight.

According to Serdang District Police Chief, Assistant Commissioner Razali Abu Samah, the incident happened due to a misunderstanding and that the two men have since made peace.

“Both of them are friends and the dispute was due to a misunderstanding between them. Nothing serious happened,” he told Sinar Harian.

“So far no reports have been received regarding the incident and the two men have already shook hands.”

Meanwhile, the Datuk Seri has also come forward to apologise about what happened and said that the Datuk has also apologised to him.

“This morning, he brought his family over to my house to apologise to me,” he said in a video.

According to China Press, the owner of the helicopter is Datuk Seri Paul Lim Lean Soon, who is the founder of Desire Fly Aviation Club, an aviation training institute in Subang Jaya.

He said that the helicopter parked in his porch was not to show off his wealth, but was placed there due to a commercial video shoot. 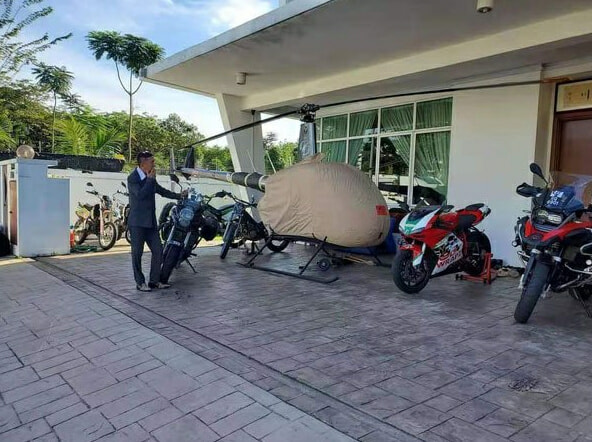 He added that in addition to owning an aviation company, he also collaborated with friends in the towing business and wanted to promote helicopter towing services due to a reduction in customers and income during the pandemic.

On 24 January, Datuk Seri Lim transported a helicopter from Subang Airport to his home on a trailer and filmed the whole process. Now that the filming is over, he said that he intends to bring the helicopter back to the airport soon. 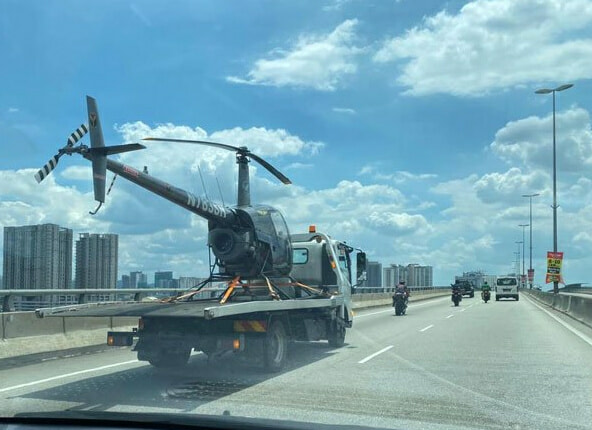 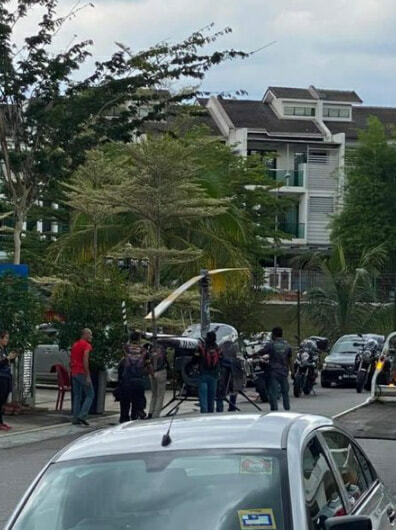 He further explained that his birthday was coming and some of his friends had visited his home to celebrate and took some pictures with the helicopter. As a result, handprints were left on the helicopter, so he decided to wipe and clean it. 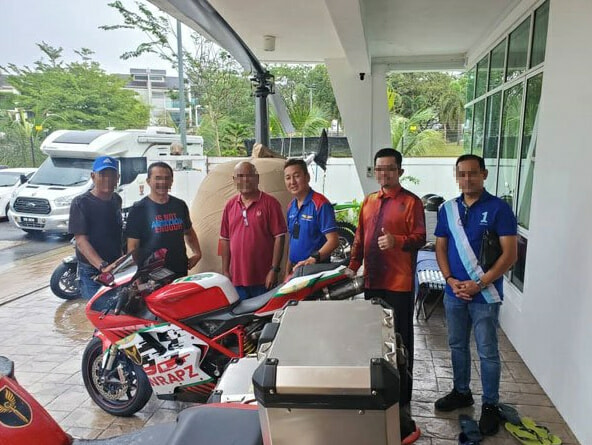 At that point of time, his neighbour had been drinking in front of his house, but Datuk Seri Lim said he did not expect his neighbour to come over and yell at him.

He also didn’t expect that his other neighbours would film the commotion, which made him ‘popular’ over night, although he doesn’t think that it’s an honourable thing.

Also read: Taiping Motorcyclist Run Over By Truck After Hitting Car Door That Was Suddenly Opened 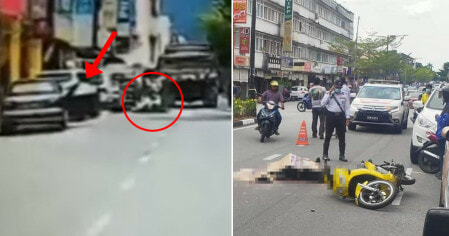