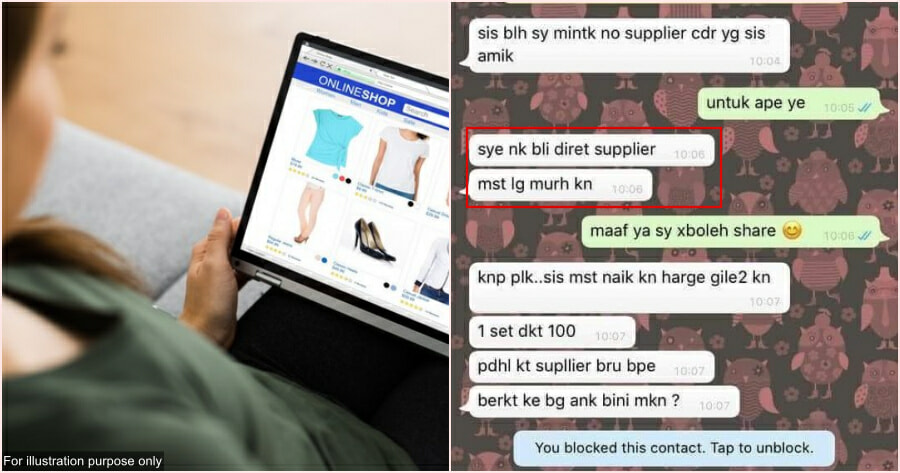 We’ve all heard our fair share of ridiculous and often outrageous customers. From one who argued with the baker of a money pulling cake that the cash inside is already part of the cake to one who threatened to report a seller after misunderstanding their use of the word “unisex”.

Recently a screenshot of a conversation between a seller and a customer was shared to a Facebook group.

The screenshot of the WhatsApp conversation was shared by netizen Morpheuse Esq and featured a hilarious interaction between the two parties. 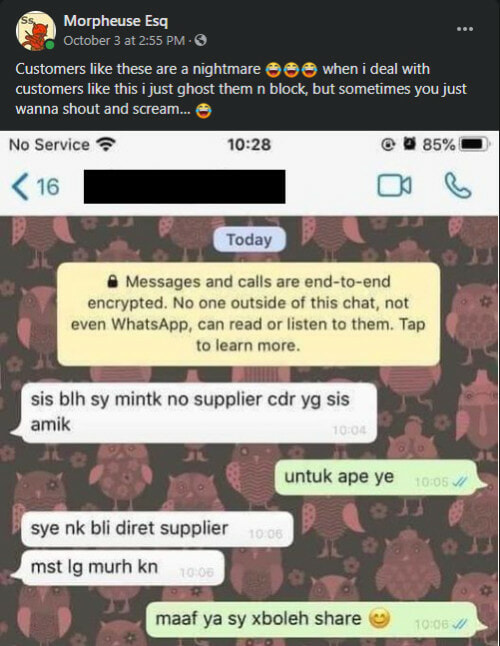 In the post, Morpheuse said, “Customers like these are a nightmare, when I deal with customers like this I just ghost them and block, but sometimes you just wanna shout and scream.”

The WhatsApp conversation between the two parties commences with the buyer contacting the seller and asking them for the number of the supplier for one of the products which they are selling.

Customer: Sis can I ask you for the number of the supplier that you buy from?

Seller: What is this for?

Customer: I want to buy directly from the supplier as it must be cheaper.

Seller: Sorry I am unable to share it with you. 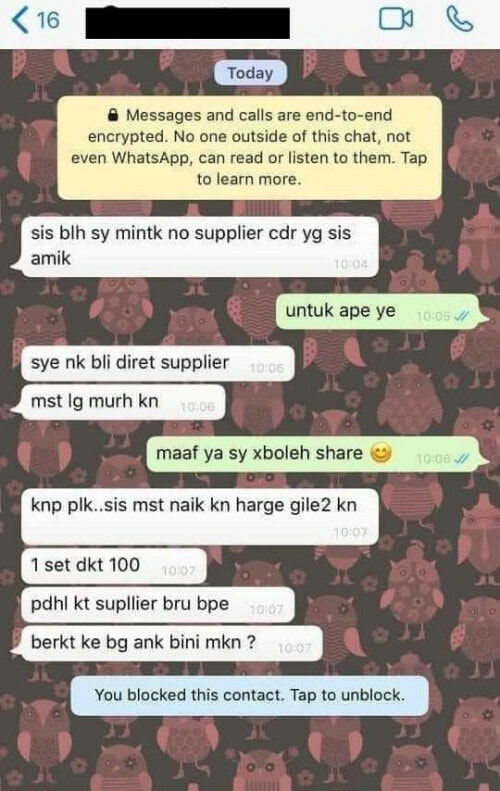 They then asked why the seller refused to share the contact details of the supplier as, “You must have increased the price drastically.”

“You sell one set for RM100 but who knows what the actual price is from the supplier.”

The customer proceeded to harass the seller by saying, “Do you not feel guilty of feeding your children and spouse with this money?”

Netizens laugh in disbelief over the interaction

When contacted by WORLD OF BUZZ, Morpheuse explained that the interaction was not one they had experienced personally, however they wanted to share it as an example of the types of customers that exist out there.

“The screenshot of the conversation has been forwarded many times and found its way to me and I thought I’d be good to highlight it in the group.”

The post has garnered plenty of attention via the Facebook group and Malaysian netizens were quick to express their disbelief as well as share their similar experiences. 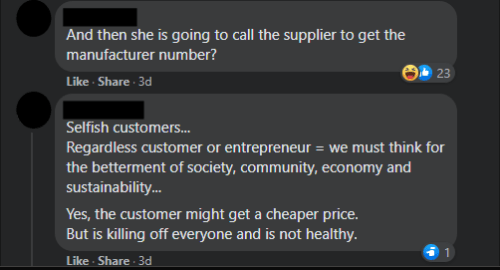 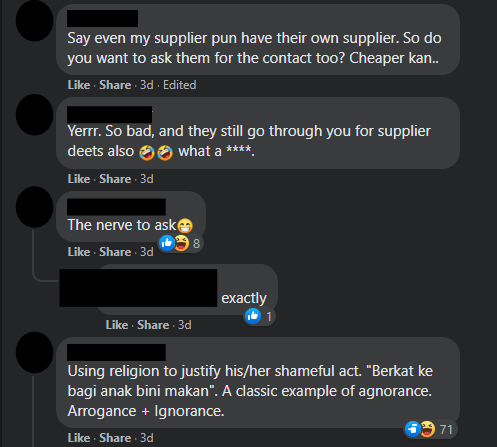 Some users said that even if the seller were to pass the contact of the supplier, they will most likely not give a cheaper price to the individual customer, as there is no volume. Suppliers often work with sales with a minimum order quantity (MOQ) and a reseller would often need to place a large quantity order to get a discounted price.

Meanwhile some users shared some ingenious ways on how they would deal with such a situation.

“I’ve experienced the same, I gave the number of a contact that I said was my direct supplier in Bangladesh. But it was actually the number of the security guard of my apartment. I told my guard that if they receive the call and manage to close a wholesale deal I’ll give them some commission,” shared one user.

Have you ever experienced such bizarre requests from customers? Let us know in the comments!

Also read: Customer Argues With Baker That Cash Inside ‘Money Pulling Cake’ Is Already Part Of The Cake Price 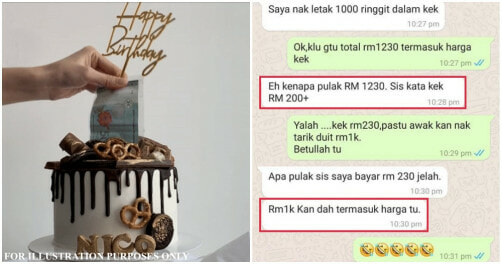