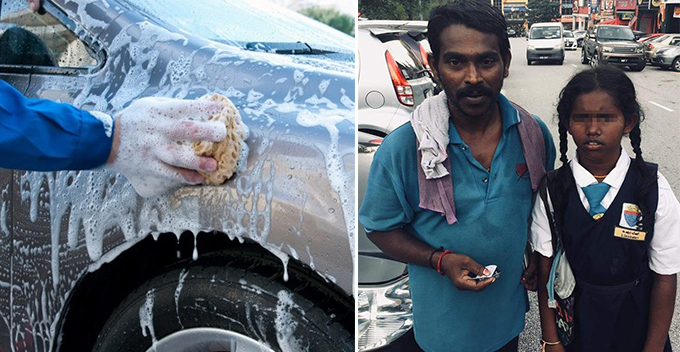 Just recently, the tweet of the father-daughter duo in Shah Alam offering to wash cars in return for money has gained the attention of netizens.

According to an interview by mStar, the father, named Sukumaran Sanmugam, 40, has been washing cars on the streets since two years ago. His daily income solely depends on the generosity of his customers as he has never set a fixed price for his car wash service. He added that his job also depends on the weather as he wouldn’t be able to work if it was raining. 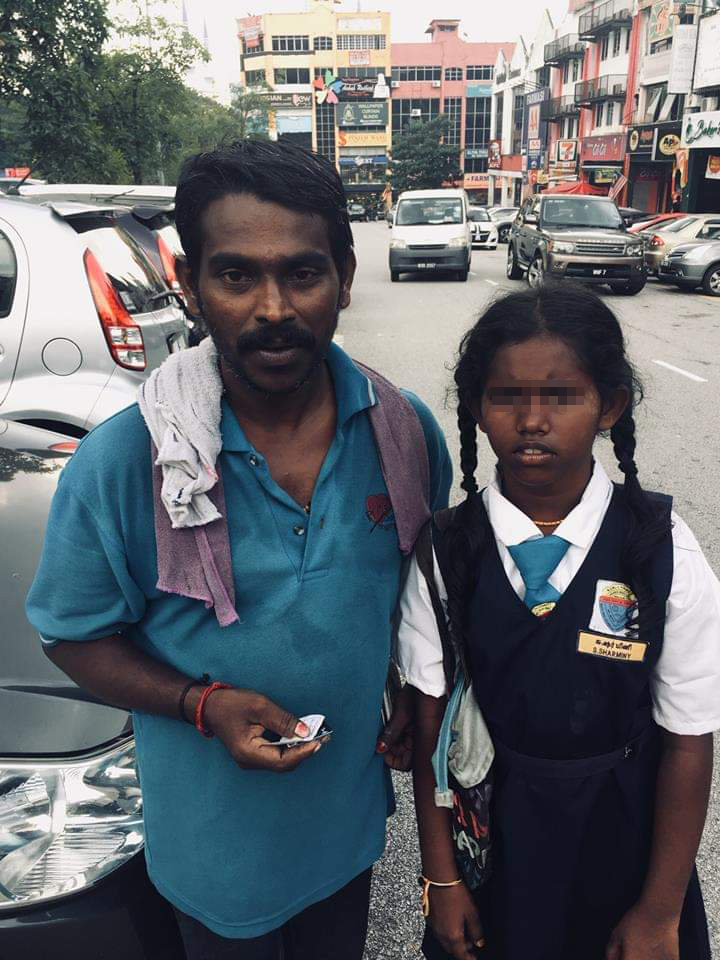 “I’ve never put a fixed price. I’ll accept any amount of payment the customer would gladly provide me. However, it’s not easy for me to get customers as there is an abundance of car wash services around,” he told mStar.

Sukumaran lives with his wife and two children in Padang Jawa, Shah Alam with a monthly rent of RM350.

“I’m grateful enough if I get only RM20 a day. However, the most I’ve ever received would be RM70,” he stated. 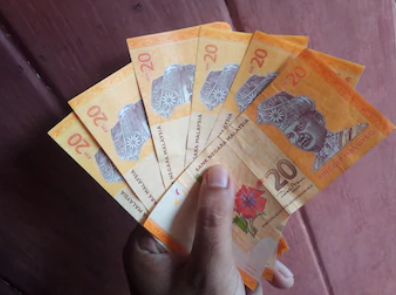 As his income is inconsistent, he would even accept if customers are only willing to pay him RM1 for a car wash.

“A customer once said he would pay me RM1. I agreed and proceeded to wash his car. When I was done, he turned on his engine and drove off without paying,” said Sukumaran.

He then said the incident didn’t matter as much to him as he believes there are other genuine people out there who are willing to help him, such as Adi, who shared his story. 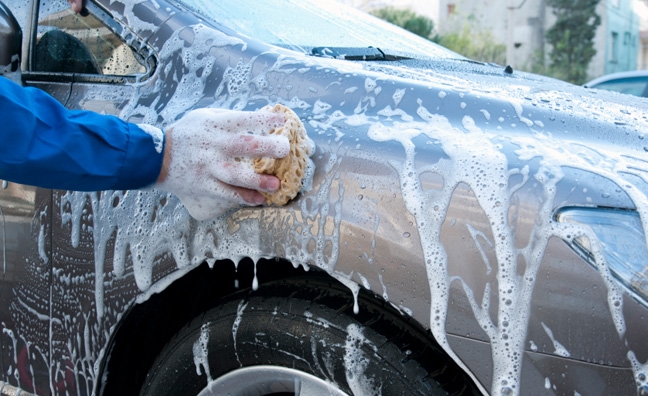 Meanwhile, his 12-year-old daughter, Shariminy  would help her father wash cars after school hours to lessen his burden.

“As the eldest, I try to at least help my father as much as I can. I would help him dry the car once he’s done washing it.”

She added that her father was involved in an accident two years ago, which caused him to be incapable of doing heavy lifting jobs. He had a metal plate inserted into his arm and claims it would hurt once in a while.

Even with hardships, he still manages to find a way to provide for his family. How inspiring!

PS: What do you think of the customer who agreed to pay RM1 but then fled after the service was done?

Also read: This Man is Offering to Wash Cars in Shah Alam So He Can Buy His Daughter’s School Books 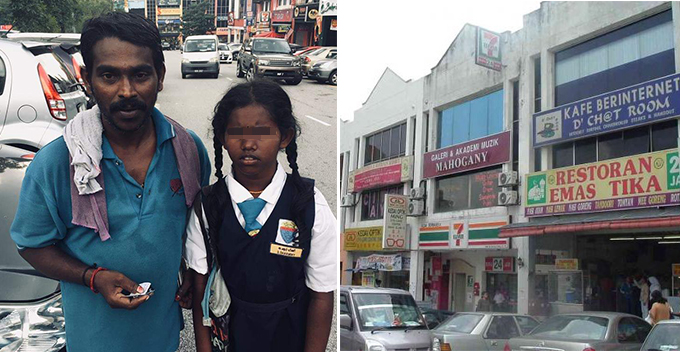