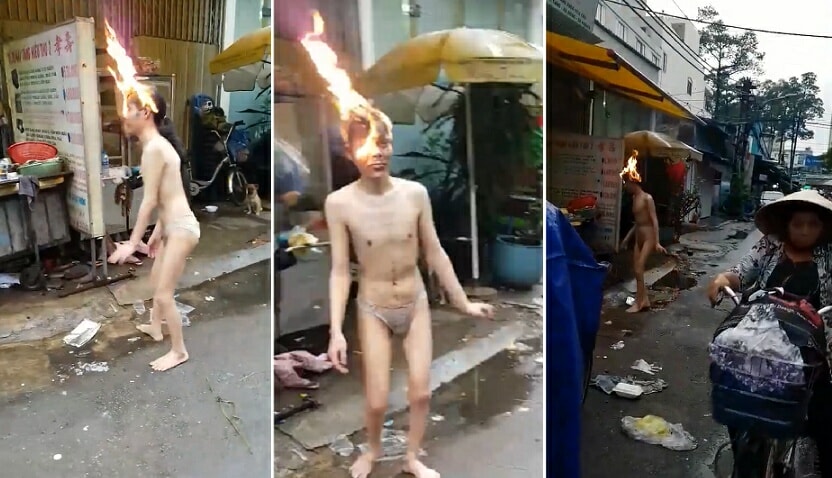 We are constantly reminded to not do drugs, and for good reason too!

In a recent video that’s circulating around Facebook, a half naked man can be seen walking down a street. If you think him wearing nothing but underwear in public is weird, oh, you couldn’t be any more wrong.

In fact, what captured everyone’s eye is the fact his head’s on fire (YES, ON FIRE) and yet, he nonchalantly strolls down the road! 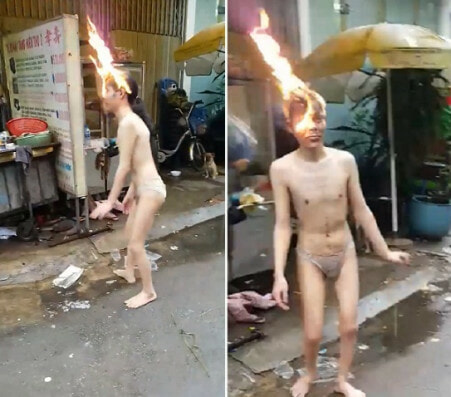 This incident is speculated to have happened in Vietnam.

Many netizens expressed their disbelief and shock after watching the video. A few pointed out the sad fact that no one bothered helping him put out the fire.

In just half a day of its posting, the video has already accumulated over 1.8 million views. The caption that came with the video is “A warning for those who overdose on stimulants”.

So, remember guys: Don’t do drugs! 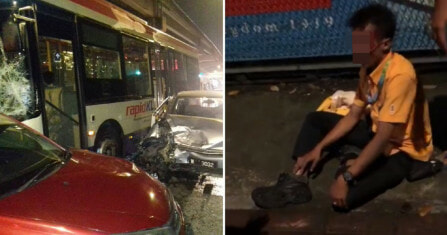