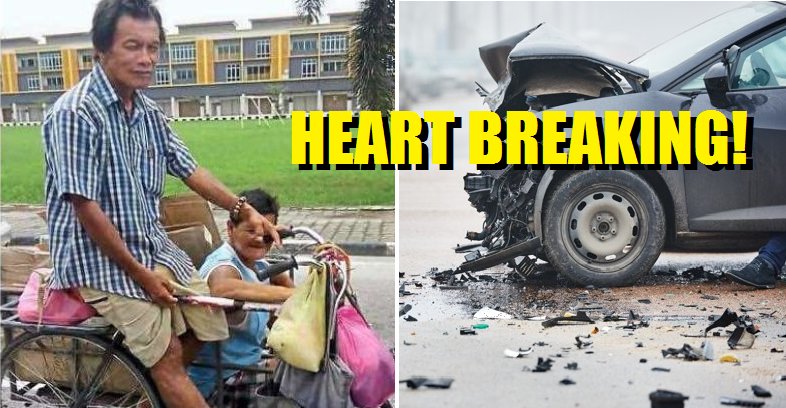 A bitter end to a perfect love story as couple Ngou Yeow Hock and Tan Bee Choo were killed in a recent hit-and-run tragedy. Although, the homeless two had almost nothing in their lives, the couple always felt like they had the world when they have each other. Their undying affection to one another was a symbol for true love and has become an inspiration to many Malaysians out there.

The locals knew them as a happy and caring couple who were always going about their own business, collecting items to be recycled in their worn out tricycle.

The 51 year old Ngou and 52 year old Tan, can always be seen together and is famous for being inseparable; going anywhere as one.

Despite being intellectually challenged, they were always full of love, laughing and smiling sweetly at each other – being in their own world. Often at times, they can be seen sharing their food together by scooping rice and dishes into each other’s mixed rice polystyrene box.

It is believed that the pair also once had a daughter who shared the same tragic fate. She was killed after falling off from a tricycle at a very young age. 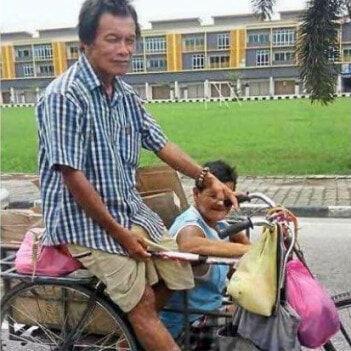 Rollin’ in their ride during better times. Image credit to The Star

Mary Ng, a member of the local community said she was in grief when she first heard of the heartbreaking news. “Their affection always put a smile on my face whenever I see them. It’s so sad to know that they are now gone forever”.

It was typical to catch the loving sight of Tan wiping the sweat off her husband’s face as they are waiting for the traffic light.

On Tuesday the 26th of April, a lorry rammed into Ngou and Tan on their tricycle while they were crossing a T-junction at Jalan Maharajalela, taking both their lives instantly.

The locals are still in shock and deeply saddened by this unfortunate incident despite not knowing them personally.

The couple had always lived their lives with love and virtue, refusing to even accept the smallest of donations. 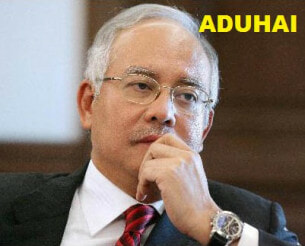 On the contrary to…

A tribute to the couple was also written and posted on Facebook by Teacher Ahmad Faizal Osman, 47.

“I have friends who offered Aunty money but she gave it back to my friends’ children. Once, another friend met Aunty at the bakery.”

“She was so happy to see and play with my friend’s child. She even gave the girl RM1,” said Ahmad Faizal, adding that their hard work and determination ought to be emulated.”

“Many times, Aunty fell from the tricycle and once, she was even warded at the Teluk Intan Hospital after receiving stitches to her head,” he said.

According to Ahmad Faizal, the couple will usually take a shower at the hospital or the Petronas station located near the area that took their lives.

Sometimes at night they could be seen sleeping near the 7-Eleven outlet in Bandar Baru.

The couple were always charitable even without any possessions. Ahmad Faizal says that Ngou had once refused money when he offered to buy some boxes.

“I tried again to offer him money but he wouldn’t accept it and so at last, I bought a few canned drinks and placed them on his tricycle,” said Ahmad Faizal.

De Silva, a businessman said, “They were quite an inspiration for our family because though homeless, they were still happy”. He added that the couples were always full of smiles even with their hardships they face in life.

The couple’s three sons bid them a final goodbye yesterday as their remains were cremated.

No arrests have been made so far according to Hilir Perak OCPD Asst Comm Wan Hassan Wan Ahmad, adding that investigations are still ongoing.

Malaysian netizens are furious at the hit-and-run driver who took the lives of this sweet couple.

Some even mentioned how ironic it was that couple nowadays don’t appreciate their time with the love ones and are always attached to their smartphones instead. However, these people who have nothing are able to be the most happy.

This tragic yet inspiring story proves that you don’t need money to lead a happy life.