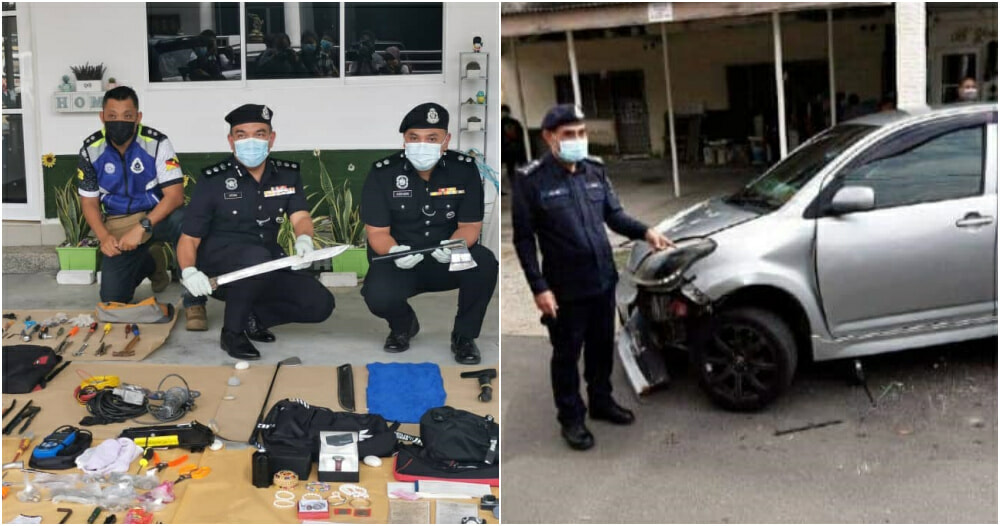 Three criminals, including a couple, are believed to be involved in an ongoing robbery and vehicle theft syndicate in four states (Melaka, Negeri Sembilan, Johor and Perak) were arrested yesterday, 11 January. The three suspects were found hiding at a budget hotel in Jalan Kesidang.

However, one of the suspects managed to make a run for it when the raid was being carried out by a team of officers and members of the Serious Crime Investigation Division (D9) of the Melaka Tengah District Police Headquarters (IPD), as reported by Harian Metro.

According to Bernama, Melaka Police Chief Datuk Abdul Majid Mohd Ali said they detected three suspects at the hotel during the raid that took place at 12.40pm.

He said, probably because they were aware of the presence of the police, the three suspects fled the scene before one of them tried to crash into a police vehicle which resulted in an officer injuring his hand.

“Hence, the police had to fire three shots and hit the tires of the Perodua Myvi car ridden by the suspect,” he said.

Two of the suspects, a 38-year-old man, and his 42-year-old girlfriend were arrested. However, the third suspect, a 34-year-old male managed to escape. 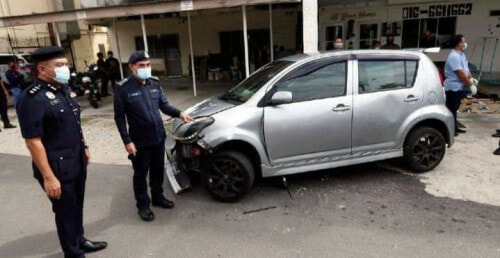 The male suspect who was arrested injured both his hands after getting in a fight with one of the police officers while the female suspect was not injured in any way.

Abdul Majid added on to say that the male suspect who was arrested had over 100 arrest records and 40 criminal records. The female suspect had three previous drug-related records.

Police also managed to find an axe as well as a machete which is believed to be used for their criminal activities. Along with these weapons, they found various types of drugs. 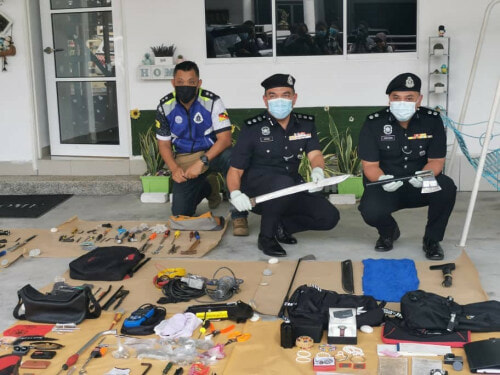 “Preliminary investigation found that the syndicate was actively committing robbery and burglary and vehicle theft in Johor, Negeri Sembilan, Perak, and Melaka,” he said.

Through the arrest of these two criminals, the police have managed to solve 10 cases of robbery, burglary, and vehicle theft since September last year.

“Further investigation found that the three suspects carried out criminal activities on mobile and made Melaka their secret transit,” Abdul Majid said.

“We believe all the suspects have a network and we will work with the Johor, Negeri Sembilan, and Perak contingent police to identify the remaining individuals involved,” he added.

Investigations are still ongoing in accordance with Section 379A, Section 380, and Section 457 of the Penal Code.

What do you think of this story? Let us know your thoughts in the comment section below. 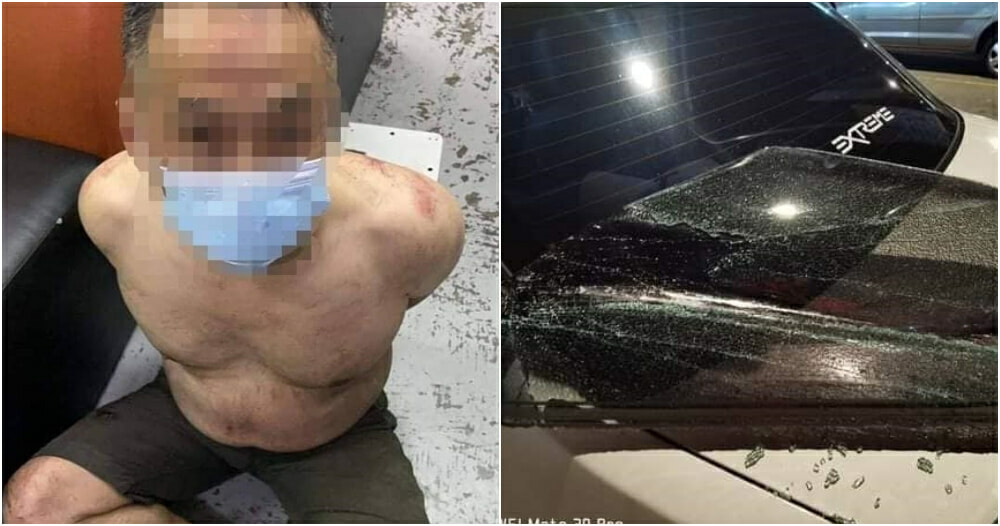