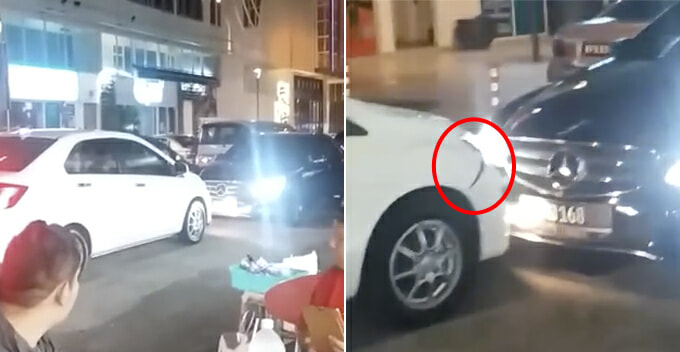 Did the Mercedes driver forget to take his daily chill pill?

Last night (8 March), a video spread like wildfire on Facebook involving a Mexican standoff between a black Mercedes and a white Perodua Bezza. The incident is believed to have happened in Kota Damansara, Selangor. 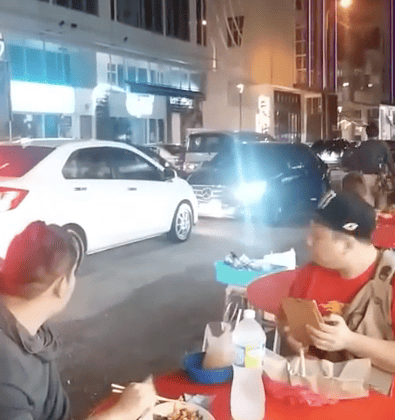 In the short two-minute video, the Mercedes apparently turned into a one-way street and came to a halt in front of the Bezza. The cocky Mercedes driver refused to reverse, even though he was clearly at fault for driving in the wrong direction. Think your grandfather’s road ah?

The standoff unfolded right in front of a restaurant and its customers were watching and waiting to see who was going to give in. The Bezza tried to back off but there was already a build-up of traffic behind him, so there wasn’t much he could do.

The Mercedes then accelerated and hit the Bezza’s front bumper twice.

Heartwarmingly, the bystanders had the Bezza driver’s back. Some customers were heard saying, “Tak payah takut, call police saja. (No need to be afraid, just call the police).” 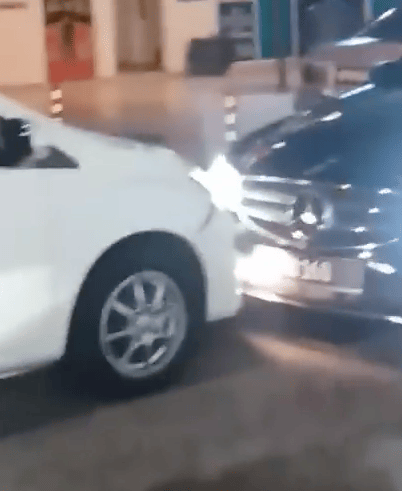 The video went so viral that everyone was still curious about how the standoff was resolved. So, the Bezza driver responded on Facebook, and thousands of people supported him! 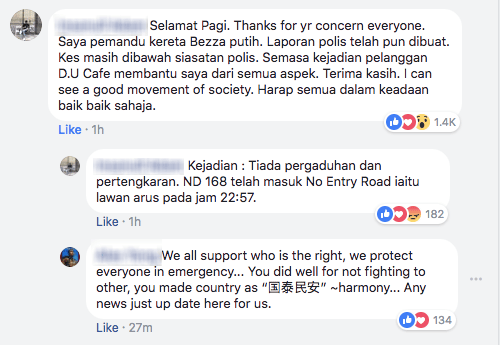 China Press reported that some witnesses reckoned that the Mercedes driver was drunk, judging from his behaviour. It is also unknown how many passengers were in that car because the Mercedes was so heavily tinted!

At the time of writing, the investigation is still ongoing but we’re confident that our abang polis will nab the road bully soon, since the number plate is clearly visible in the video.

Anyway, the incident could’ve easily escalated to a physical brawl had the Bezza driver lost his temper. He did a great job by keeping calm, and we respect him for that.

Also read: Two Stubborn Malaysians Refused To Give Way, Gets Stuck In Back Alley For 2 Hours 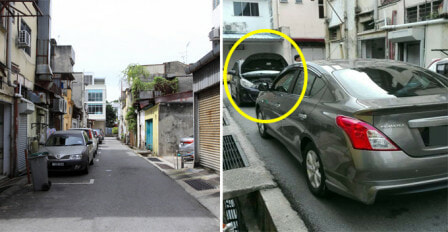