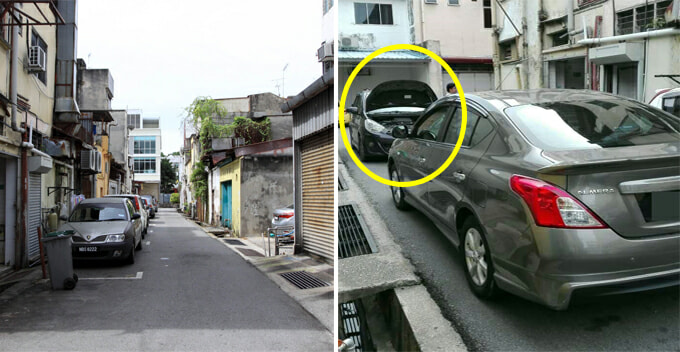 They say patience can solve many of our problems. But not this one, I can guarantee that.

In a narrow back alley of Jalan Dato Abdul Rahman, 2 stubborn Malaysians were reportedly stuck for 2 hours, simply because neither of them were willing to give way. This asinine incident happened on January 6 at approximately 11 am in Seremban.

According to Sinchew,  the male driver who was driving a Nissan Almera drove into the narrow back alley for some distance before the female driver in a Perodua Myvi turned into the alley from the opposite direction. 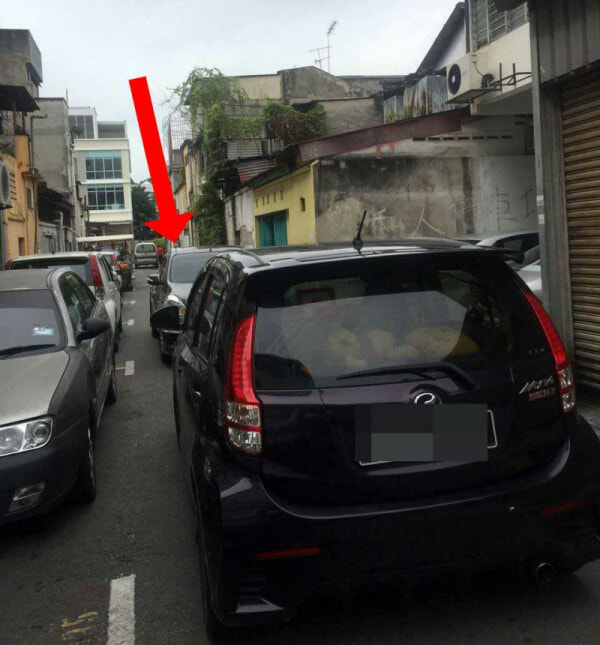 As such, both of them, or rather their cars had came to a stand-off. Instead of backing up and letting the other car pass by, they decided to wait patiently and see who gave in first.

However, the heat got turned up soon and the female driver popped her car bonnet to further state her stance of not backing down in this ‘duel’. 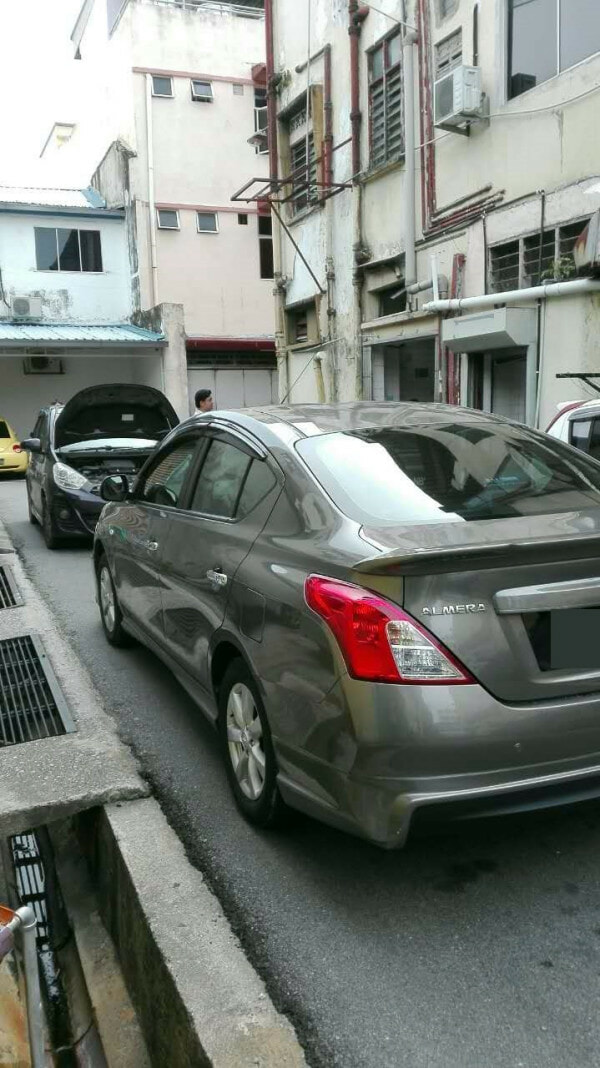 Just like that, the game of patience lasted for 2 hours. Soon, fellow Malaysians started to gather around the scene to watch the drama. Some also whipped out their smartphones and started recording.

Shortly after the incident, 2 videos of the incident surfaced on social media. Man Malaysians are effective!

The female Myvi driver even pulled her clothes to show her bra after being prompted by another lady whom was recording the incident. 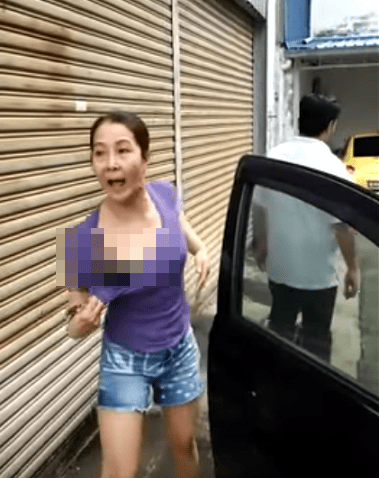 The Nissan Almera driver too tried to record the incident, but he was showed a middle finger from the female driver. 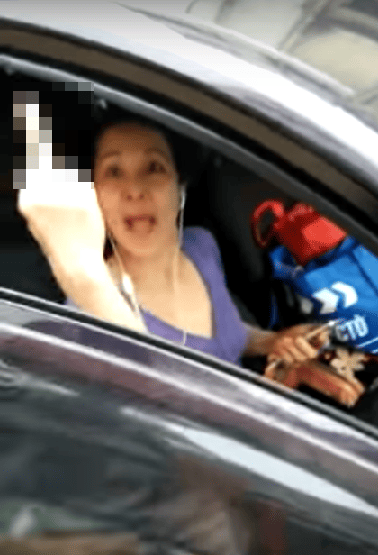 From the footage, the rude female driver can be heard saying in her coarse voice:

“Film me properly. Can you see my face? You (male driver) should be the one who reversing because you have so much space behind you.”

It got so intense that police had to come in to diffuse the situation because it wasn’t funny anymore.

Even after the police arrived to the scene, the stubborn female driver still refused to move her car saying that:

Surprisingly, the police considered the female driver’s demand and ordered both parties to reverse. Then only the drama ended. Passers by who witnessed the drama shook their head in disbelief.

Since there’s no road sign in the back alley, it’s hard to determine who’s at fault. 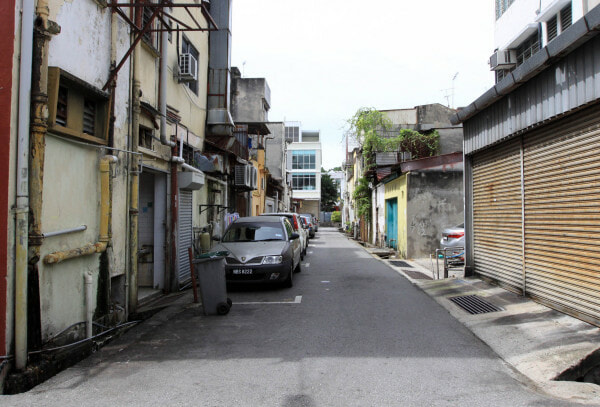 However, based on the picture, the Perodua Myvi only had to reverse a little bit before the Nissan Almera can pass by. So, you can figure out who’s the really stubborn one here. 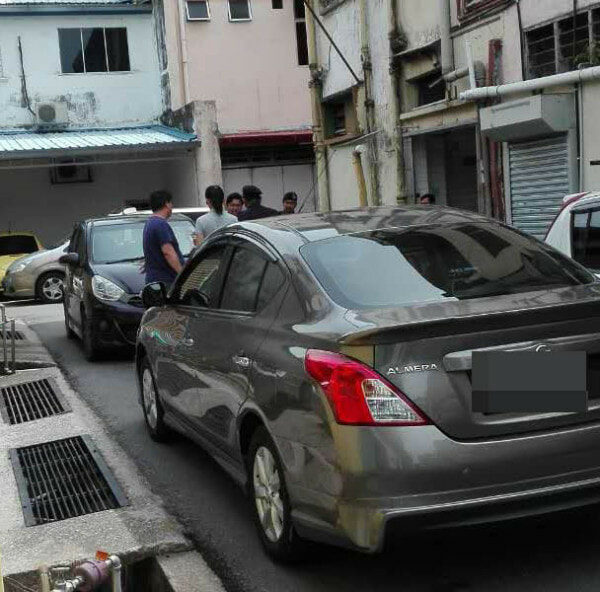 But if you’d asked me, I would say both are equally stubborn. Watchu guys think?