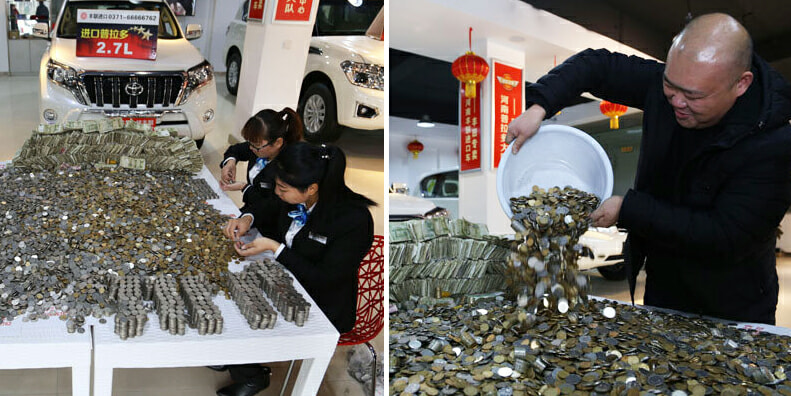 A man from China came into the spotlight recently when he reportedly bought a Toyota Land Cruiser Prado which cost US$ 57,000 (RM 254,818) with sacks of small changes and denomination notes. Yes you read it right, he paid it with coins and notes. 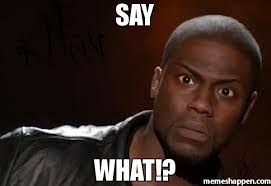 The China Youth Daily Report states that the man, who’s referred to as Guo, paid the down payment of the car which consist of entirely denomination notes and also coins.

Guo was also quoted as saying that he blew a tire on his way to the car dealership in the Henan province as the changes were way too heavy. He even had to employ the help of his family members to transport the absurd amount of coins and notes. 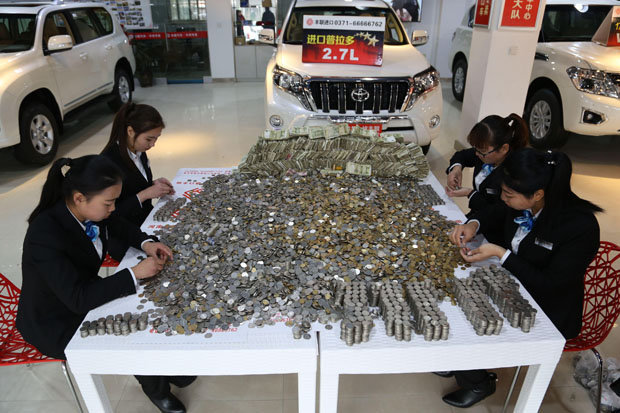 According to the news, it took 4 of the staff approximately 12 hours to count the money. One of the shopkeepers was also quoted saying, “My hands are still twitching”. No doubt after all that counting… 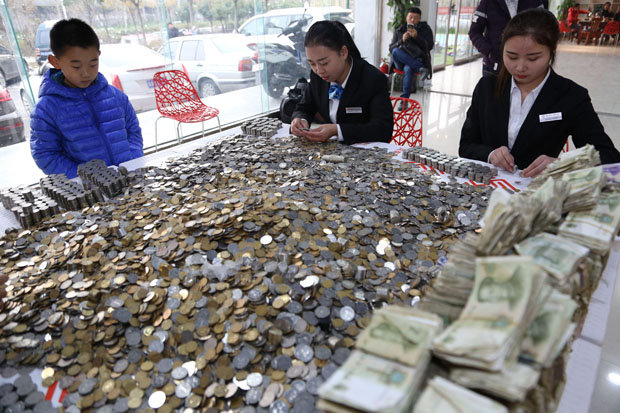 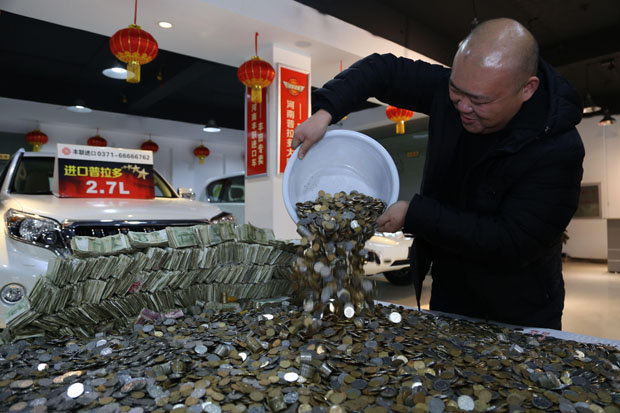 Guo reportedly run a flour shop and he got the cash from his customers from the business. The banks had denied his request to change the notes and coins for bigger bills. So, he was practically stuck with them.

Astonishingly, it was reported that this isn’t the first time he purchased a car with small changes. According to the news portal, Guo had previously bought a vehicle that cost 480,000 Yuan (RM310,000).

Hats off to this champ…