These textbooks were published as an informative teaching resource to address China’s problematic and uninformative sex education system.

In one of the textbooks (meant for grade 2 students), it touches on the importance of gender equality and teaches kids that anyone can succeed in life regardless of their gender. The textbook includes pictures of women as astronauts and police officers, as well as men as nurses and pre-school teachers, too. Now that’s progress!

The textbooks also explain sexual intercourse and conception, with informative diagrams and pictures to help children understand the entire process. However, these pictures were met with negative reactions from some concerned parents.

One parent took to Weibo (China’s version of Facebook), expressing her concern over how much explicit details the textbooks depicted. Many parents agreed with her, stating that the content of these textbooks could psychologically damage their young children.

“Pictures depicting intercourse is seen as unacceptable”, one social media user and parent.

In another section of the textbook, they go on to address the prevalent issue of sexual abuse, teaching the concept of inappropriate touching and that it can come from anybody, not just strangers. Students are also advised on what to do should they encounter sexual predators.

The grade 5 textbook goes a little more in-depth on sexual abuse, teaching students that it does not only involve inappropriate touching, but also includes inappropriate comments. This textbook also delves into education on STIs such as HIV, and stresses the importance of protection. Students are reminded that protection should be used regardless of the sex of their partner.

In the grade 6 textbook, it elaborates a lot more on different sexual orientations, addressing that some people can also be bisexual. It also teaches kids that some people choose to be single while others prefer to be married, and that both choices should be respected.

Although the new syllabus was met with negative reactions from parents, there were also many who applauded the progress China has made with sex education.

“Finally, sex education in China has caught up with the rest of the world,” said one social media user.

“Sexuality education protects children from sexual abuse, and it can only be effective if we go straight to the point and do not hide anything. Those who say the textbooks have gone too far mistake ignorance for purity.”

Poor sex education has been a problem in China for a long time, with many young people unaware of contraception, resulting in high rates of abortion.

In Malaysia, unfortunately, sex education has also been criticised for being inadequate as it isn’t a standalone subject with a specific curriculum. It is usually taught as part of other subjects like Islamic Studies, Health Education, and Science subjects. Teachers here are also not properly trained in addressing the subject, leading many of them to just ignore it in classrooms.

However, some things are slowly improving here, with Malaysia’s first sex education video resource in Malaysia, Popek Popek. The YouTube channel touches on a variety of sex-related subjects and answers viewers’ burning questions about sex and reproductive health.

Also read: Department Of Health Plans To Distribute Condoms To Students In Schools 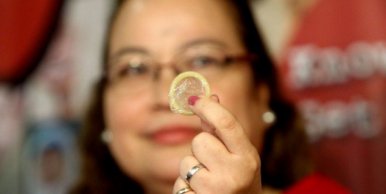