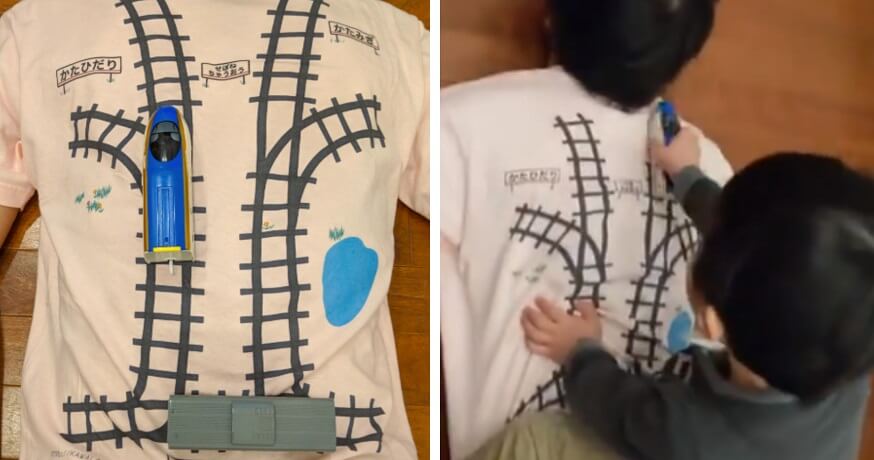 Parenting is one of the most challenging things ever, but some dads and mums have found new ways to make it fun while also beneficial for them!

One of them is Japanese Twitter user Ken Kawamoto @kenkawakenkenkem, who has a son with a strong passion for trains. With this in mind, Kawamoto, who happens to be a Google software engineer, came up with a creative way of designing a T-shirt that ties to the boy’s hobby, and gives him major perks at the same time! It’s a win-win!

According to SoraNews 24, the creative father designed a T-shirt with a train track design that allows  the child to play with his beloved trains, while getting a proper massage as his son runs his toys across his back! Smart!

In a video posted by Kawamoto on Twitter, one gets to see just how brilliant the T-shirt is in action. You can watch it here:

The shirt is white with a plain front, while the back has an illustrated rail network with multiple tracks, a handful of station signs, and even a picturesque pond. Talk about business in the front, party in the back! Oh, and the full product name doesn’t disappoint either: ‘The T-shirt that gets you a massage from your kids just by plopping down on the floor’.

Besides that, the illustrated rail network includes signs designating stations named ‘Right Shoulder’, ‘Left Shoulder’, ‘Spine’, and ‘Lower Back’. This aspect of the design is especially brilliant, as all he has to do is ask his son to run the trains along certain routes, and he can direct the massage to parts of his body where he’s feeling the most tension. If a vigorous massage is what’s needed, he just has to instruct his son to ‘Send express train from Spine Station to Right Shoulder’, which means the boy will run the toy train extra fast! 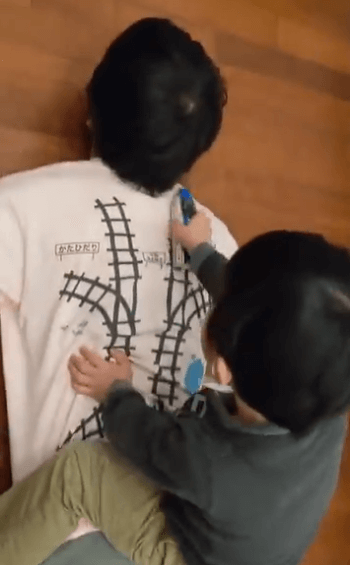 The video, which was posted just this past Sunday, March 3, has been retweeted over 30k times, and liked over 61k times. Naturally, netizens were impressed by Kawamoto’s invention, and here are some of their comments:

“This is the greatest idea I’ve seen in years.”

“You can play with your kid and get a massage at the same time? Awesome!”

Some Twitter users also offered suggestions to create something similar, such as a shirt with tracks on the front or a jumpsuit so that the wearer could also get their calves or hamstrings massaged. Others said that kids might get tired of trains eventually, and would want to play with toy cars instead, so they recommended him to create a shirt with illustrated streets.

With all that said, you may wonder if this T-shirt is available for sale and good news is, yes it is! Kawamoto is offering his train/massage T-shirt via the online retailer Club T for 2,400 yen (RM88) per piece, and the website does ship to Malaysia as well!

What do you think of Kawamoto’s impressive train/massage T-shirt? Share your thoughts with us in the comments section!

Also read: You Can Now Buy T-Shirts That Say “Is It Because I’m Chinese?” From This Online Store 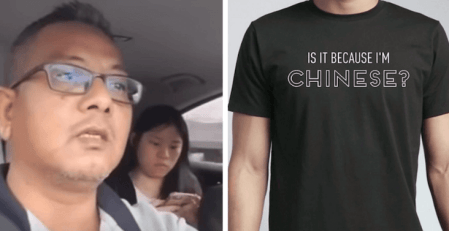