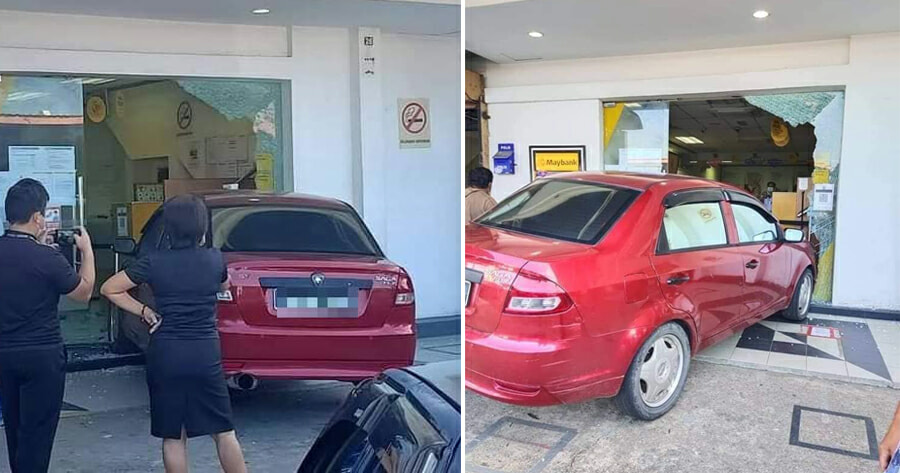 A car crashed into the glass door of a bank after the driver left the engine running while attending to business at the bank in Sipitang, Sabah.

In the incident that happened at 8.45am on 21 October, the 29-year-old woman had also left her two children, aged two and five, in the vehicle, reported Sinar Harian.

According to Sipitang District Police Chief Deputy Superintendent Champin Piuh, initial investigations found that the woman had parked her vehicle in front of the bank and queued up at the ATM machine. 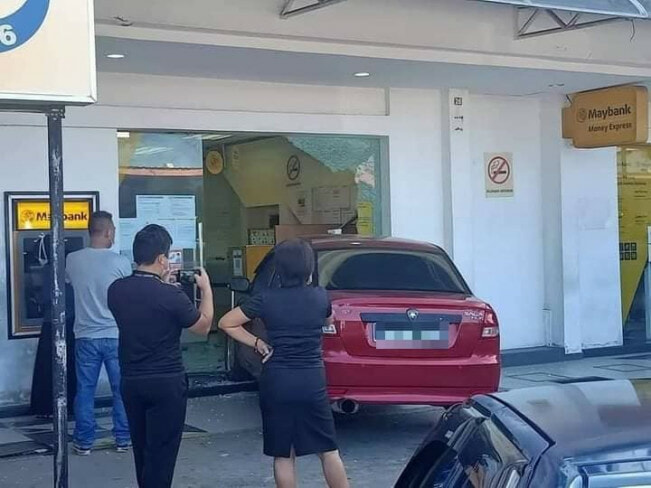 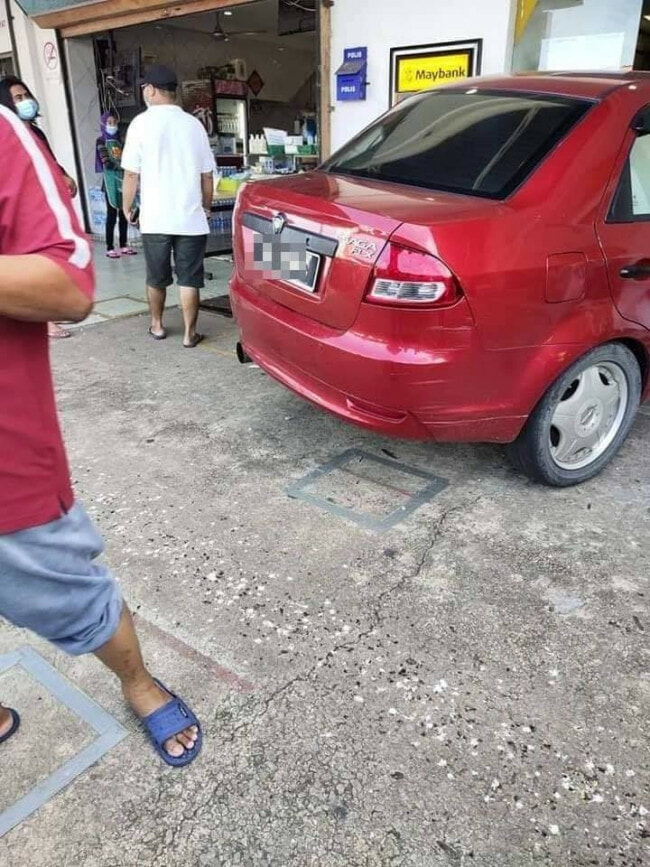 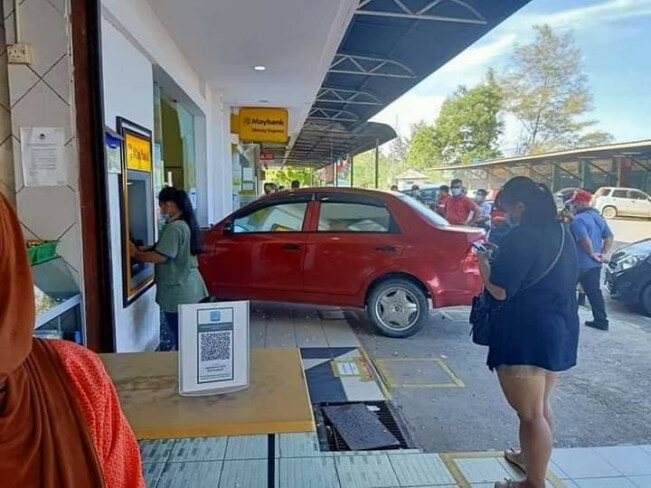 “At that time, her two children, a two-year-old boy and a five-year-old girl were in the car,” he said.

“While the woman was queuing outside the ATM, members of the public suddenly began shouting as the car had crashed into the main door of the bank and caused the glass to be shattered.”

Thankfully, the two children in the vehicle and the people inside the bank were not injured, he added. 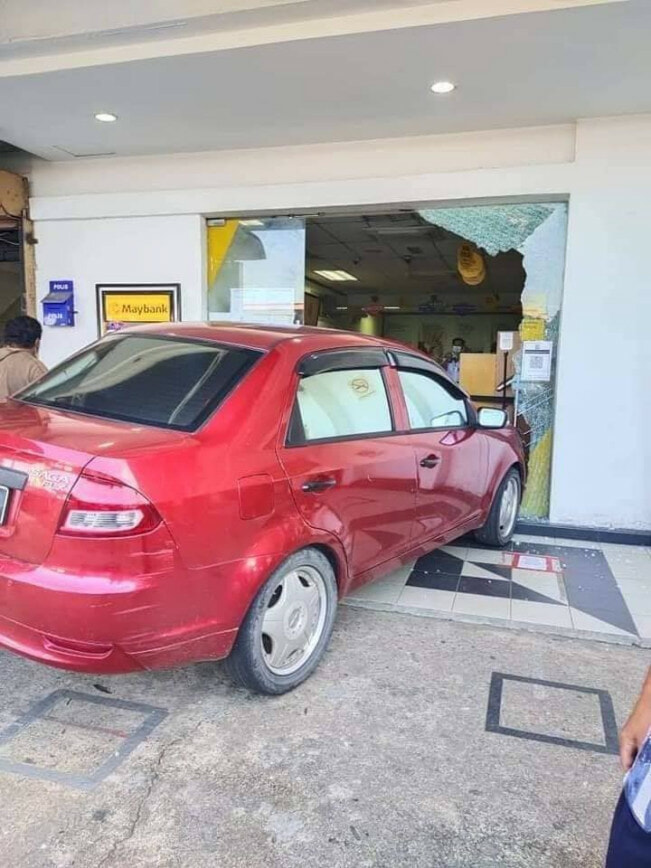 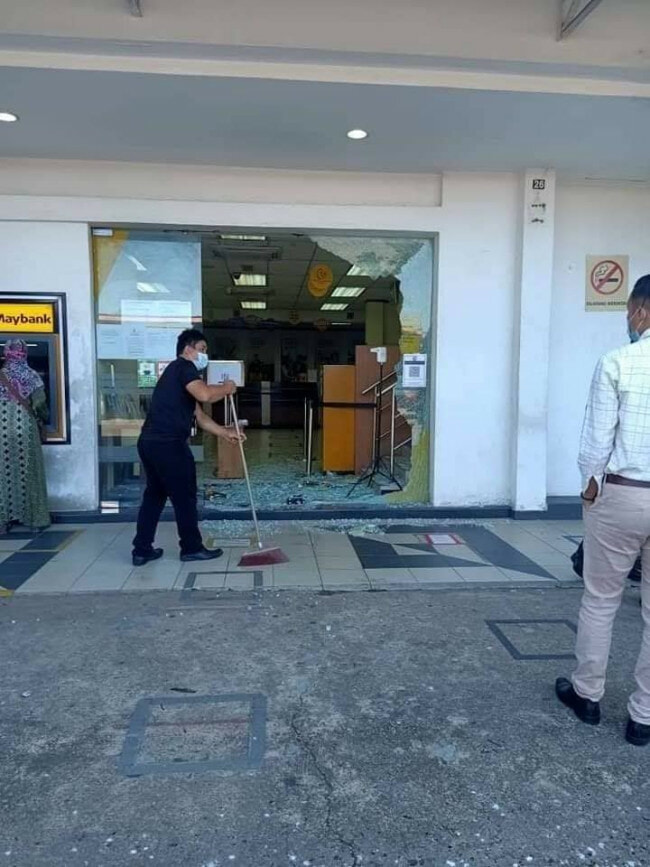 “Further investigation found that the incident happened because the woman left her vehicle with the engine still running while the gear was still in ‘drive’ position,” he said.

“The case is being investigated according to Regulation 10 of the Road Traffic Rules 1959 which is failure to control the vehicle while driving and causing an accident.”

Also read: Watch: Lorry With Cargo Container In Penang Drives Over Curb Into Opposite Lane 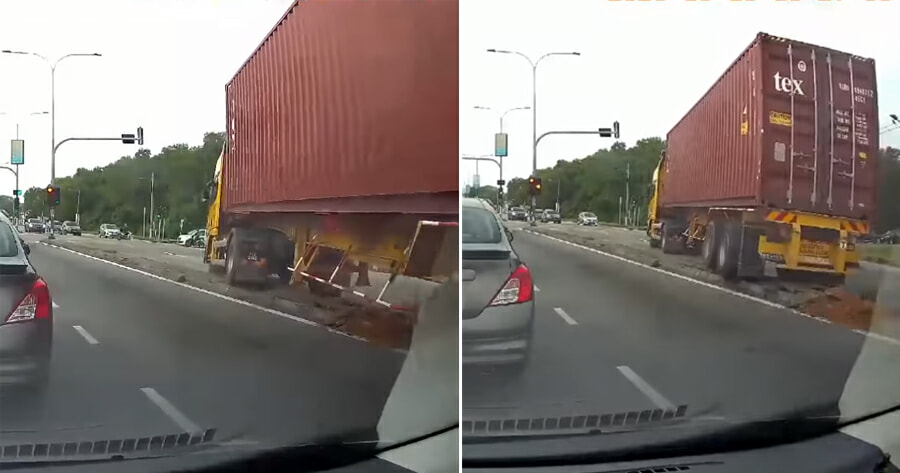