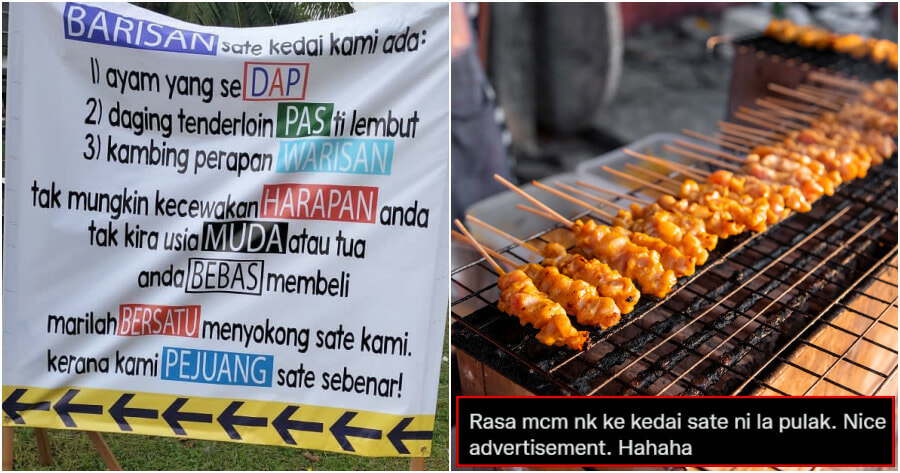 Politicians are currently working overtime to campaign on the streets in order to win our hearts (and our votes). They have also been some hilarious less-than-serious campaigns by politicians.

But just because politicians are campaigning doesn’t mean that we can’t also do the same with similar approaches!

Recently, an unnamed satay restaurant or stall went viral on social media for their creative approach to pull in customers to try their food.

In a banner which they placed on the roadside, the banner managed to include the names of various Malaysian political parties and coalitions.

This included lines such as; “ayam yang seDAP”, “daging tenderloin PASti lembut” and many more quips.

“Now I know all the parties in Malaysia!”

The picture of the banner has gone viral on Twitter and has managed to capture the attention and hearts of Malaysians.

Netizens found the banner extremely amusing and praised the shop for their creative approach.

“Now I feel like going to this satay shop. Nice advertisement“, commented another user.

Meanwhile, some users made fun of the banner and how it showed such unity between the various parties and coalitions that has never been seen before.

“Such unity. Parliament could never.”

Some users pointed out how it reminded of them of the old edits that K-pop fans would make to include all of the logos and names of various K-pop groups into a small paragraph. 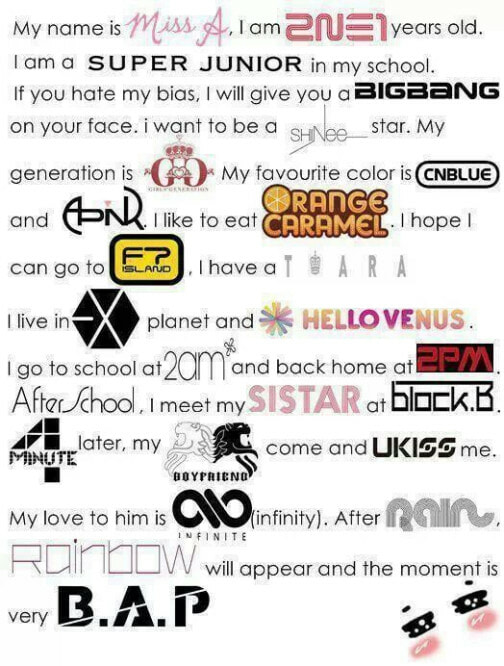 What do you think of their banner? Is it a creative approach to pull in more customers? 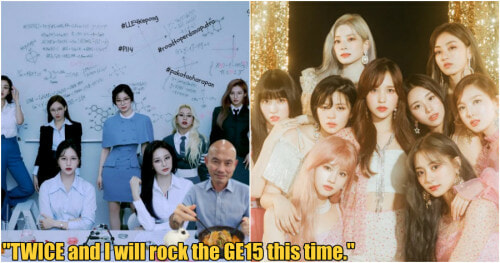