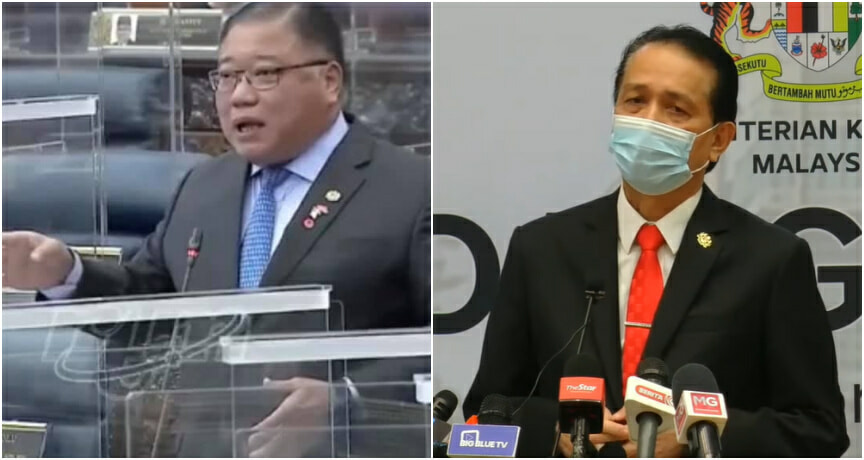 Bintulu Member of Parliament, Datuk Seri Tiong King Sing apologised for his wordings during the Budget 2021 debate in the parliament.

In a statement issued on 15 November 2020 (today), Tiong said that he did not intend to deny the notable practices of all frontliners, including the doctors, nurses and Health Director-General Tan Sri Dr Noor Hisham Abdullah.

He said that the apology is to ensure the smooth running of the parliament and for the significance and harmony of the country. 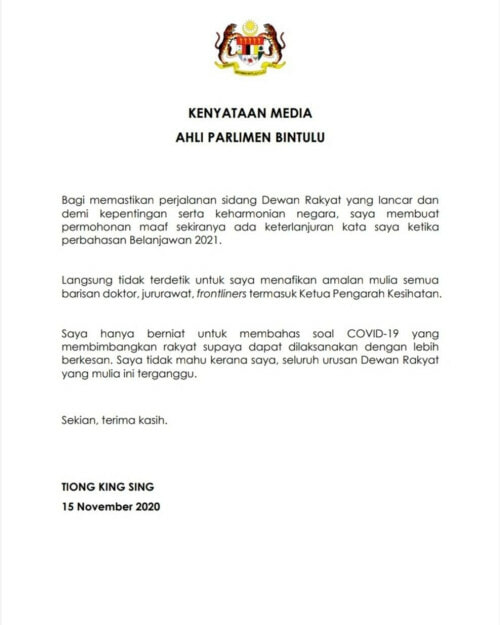 “I do not want the entire parliament to undergo disturbance because of me,” he stated.

Previously in a parliament session on 11 November 2020, Tiong criticised the Health Director-General for his lack of actions and not being present in Sabah, such as not visiting the patients like other frontliners do, claiming that it is because he is “afraid to die”.

The day after, Dr Noor Hisham denied allegations on his absence in Sabah and responded, “The issue is not that we are afraid to die. As a believer of Islam, we have accepted that death happens everywhere, regardless of whether it is on the frontline or elsewhere.”. 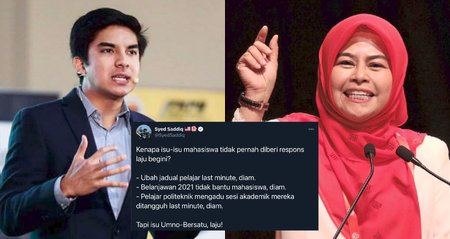