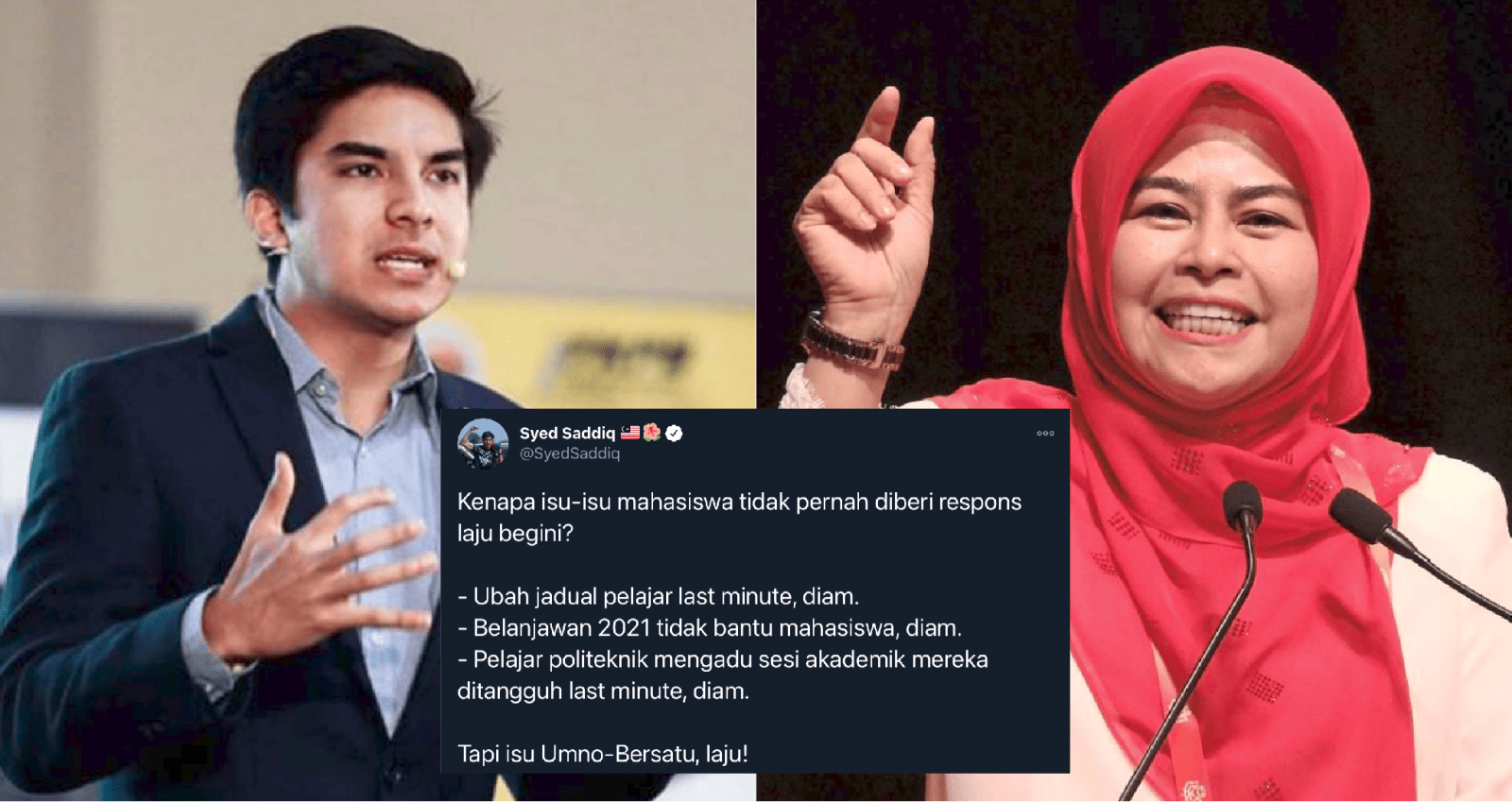 Former Minister of Youth and Sports, Syed Saddiq Syed Abdul Rahman has been quite savage on Twitter lately. Previously, he sarcastically tweeted ‘how else can we show our frontliners appreciation?’ to Deputy Minister of Health’s LightUpBlue initiative which the latter seemingly thought was sincere.

In case you missed it, the LightUpBlue initiative was to literally light up blue lights as a show of appreciation to our frontliners. Many has since criticised this as mere rhetorics and not actually benefitting our heroes in the front line.

Well, after that savage tweet, Syed Saddiq now sets his sight on the Minister of Higher Education, Dato Dr Noraini Ahmad. Replying to a tweet by Malaysiakini which shared a report on the Minister’s statement denying recent allegations that she is ‘UMNO on the surface’ but have ‘her heart with Bersatu.’, Syed Saddiq questioned why was Dr Noraini so fast at taking action when it comes to politics but so slow in responding to student welfare issues.

Here is the tweet in question by Syed Saddiq: 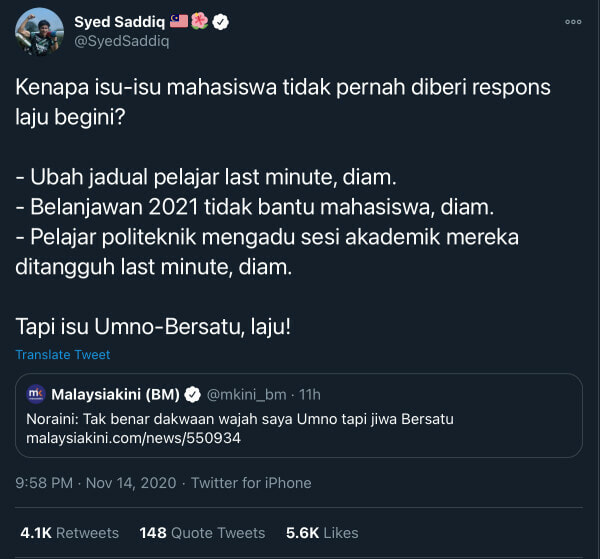 “Why is it that student issues were never given this fast of a response?

The issues mentioned by Syed Saddiq are some of the main grievances faced by University and tertiary education students after the almost nationwide implementation of CMCO. These complaints are yet to be resolved by the MOHE as of today. 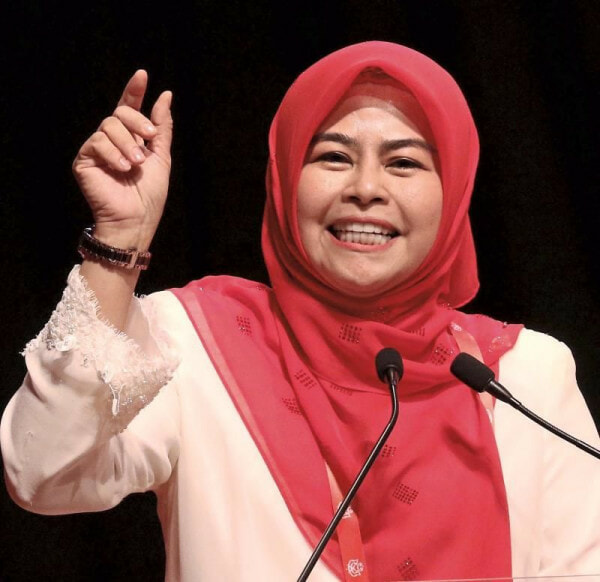 Minister of higher education, dr noraini ahmad back in april 2020.

Earlier, Dr Noraini, who is also the Wanita UMNO chief released a statement in UMNO Online in response to allegations that she is pro-Bersatu instead of her own party. The relationship between UMNO and Bersatu has been rocky and on the brink of collapse before the Yang di-Pertuan Agong urged all politicians to stop politicking and focus on national stability late last month.

What do you guys think of Syed Saddiq’s remarks towards Dr Noraini? Share your thoughts with us in the comments!

Also read: “How else can we show our frontliners appreciation?” Syed Saddiq Takes A Dig At KKM’s LightUpBlue Initiative 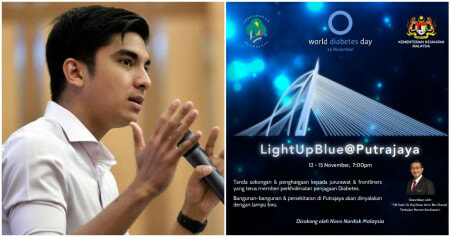