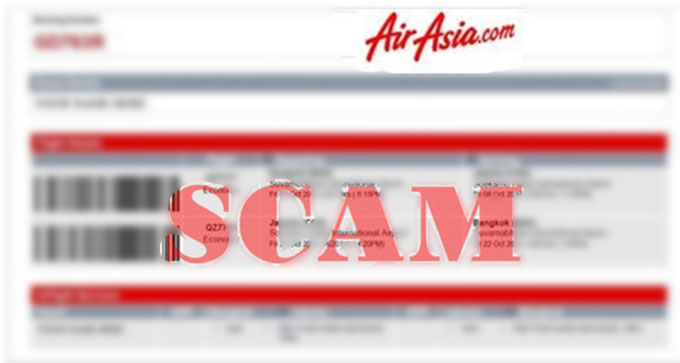 It is no secret that Malaysians today are fond of venturing overseas, looking for adventure, tasting the difference in culture and that’s how low-cost carrier Air Asia has won the hearts of most.

Aware that not everyone earns enough to have luxurious travels, especially young adults, the airline is well-known for charging the basics for their flights and would often have their ‘free seats’ promotions that get all Malaysians hyped up and ready to go for their next vacation!

Lately, an online “promotion” has been circulating social media sites enticing users to complete an online survey to win two free Air Asia tickets to the destination of their choice. It is said to be part of the airline’s birthday celebration treat. However, it was only too good to be true. 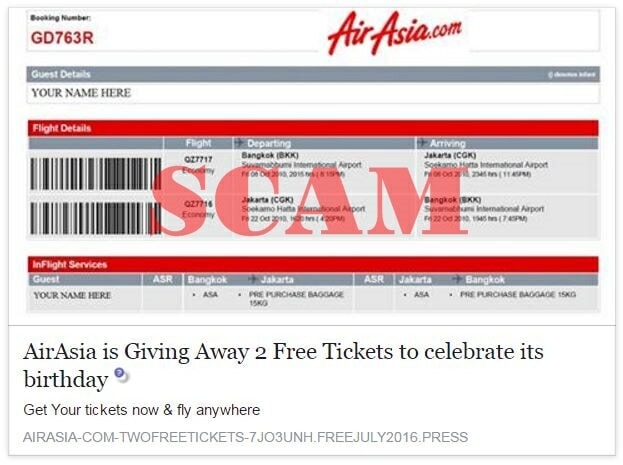 Facebook user Vin Cent asked the airline if the “promotion” was indeed conducted by them, to which the airline denied having any part to play in the said “promotion”, according to Channel News Asia.

Air Asia Bhd then released a statement alerting the public of the online scam that was riding on the airline’s name without authorization, according to Bernama translated by The Star.

“We advise the public to disregard such invitations and AirAsia shall not be held liable for any claims pertaining to the false scheme.”

“We would like to reiterate that AirAsia does not enlist third-party services in organising activities and any announcements are made via official channels such as credible mass media and our official social media channel.”

However, Air Asia is not the victim of the scheme. The very same surveys were used to “give out” free GSC movie tickets as well. 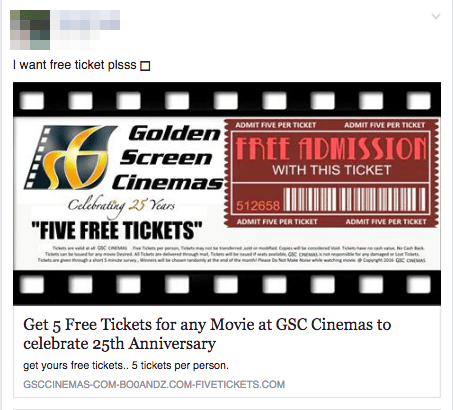 When the incident came to light, Golden Screen Cinema made an announcement on Facebook and on their website advising users of the scam:

P/S: We will be celebrating 30 years anniversary next year *peace sign” 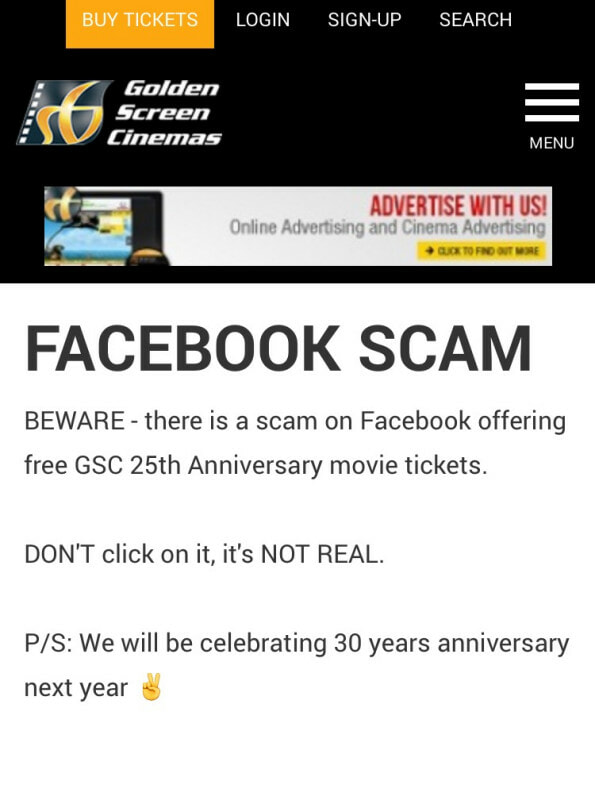 As to what motive these scams have, no one is sure. Perhaps there are malware that may crawl into your computer/phone. In any case, we’re not sticking around to find out!

Other companies such as 7-eleven and Tesco also reported scams under their names. Hence, if you see a deal that is too good to be true, it most probably is.