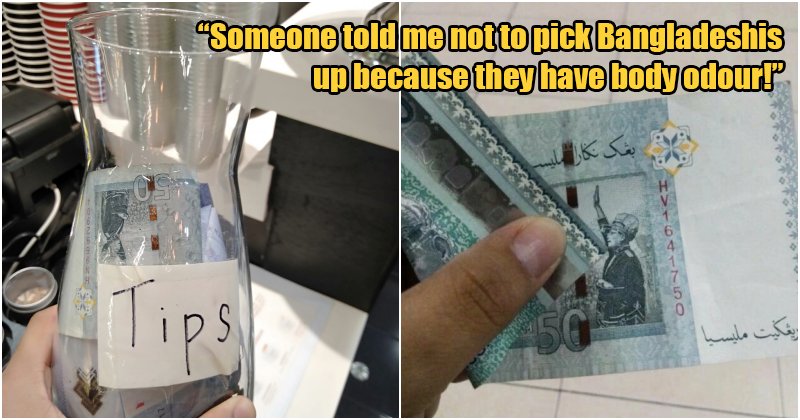 Body odour isn’t exactly an uncommon thing in Malaysia considering our weather is designed to make us sweat profusely. Though it’s such a common occurrence, the sad truth is that Bangladeshi workers are treated very differently.

He did so even after someone had told him to ignore ride requests from Bangladeshis as sometimes their body odours apparently linger in the car even after they’ve left.

When I see a RM50 note in a jar tips, its remind me about my passenger during driving Grab Car last time. Usually, I…

Fadhli was in the Sunway area at about 4pm when he received a request for a considerably expensive ride.

“The fare was quite high, RM40 plus, if I’m not mistaken. I accepted the job. When I arrived at the pickup location, I saw 3 Bangladeshis waiting and waving at me. From their uniforms, I presumed they were security guards.”

The guards asked Fadhli if he could send them to their requested location before getting into his car, probably from the experience of getting rejected from previous drivers who had already accepted the ride request but backed out after seeing them in person.

“Can, can,” he had replied them, as the guards piled into Fadhli’s backseat.

“From the moment they entered my car, I had to hold my breath. But, I couldn’t hold my breath for long. So, I changed the air conditioning mode from recirculating air to fresh air. It didn’t help because the air was hot. After that, I reset the air conditioning back and lowered down my window a little bit just to allow fresh air to come in. When I would reach a traffic light which is red, I lowered it down widely to take in fresh air.” 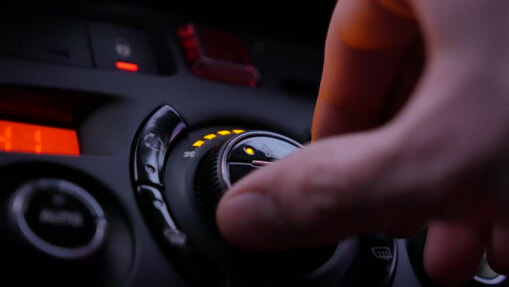 Fadhli explained that he would normally talk to his passengers but he did not do so this time as 2 of them were asleep while the third one sitting in the middle kept glancing at him.

“He knew that something was wrong when he saw me. At times, I covered my nose with my shirt, I frequently lowered down the window and changed the air conditioning modes. When I took a quick look at him through the rear-view mirror, he looked away. I think he knew that I was not comfortable with them.”

“Are you okay, boss?” the guard then asked Fadhli.

Fadhli responded that he was okay, as he believed that talking or confronting body odours is rude and offensive. To him, immigrant workers are just like everyone else, human.

The guard continued to explain that they had been rejected by 3 other drivers before Fadhli had showed up. Apparently the drivers had cancelled the booking upon seeing the guards.

“Sometimes the drivers are lazy to drive long distances,” Fadhli told him to avoid hurting his feelings. 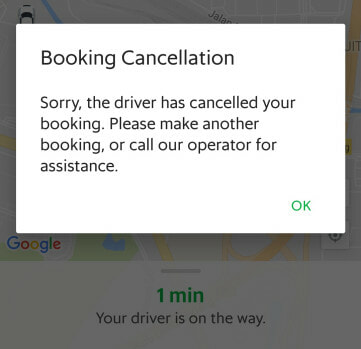 “I know at times most drivers are choosy when it comes to picking up passengers. Seriously, I don’t get the point in that. Their reasons are ridiculous,” Fadhli added in his post.

Upon arriving at the drop off location, the man sitting in the middle handed Fadhli an RM100 note. When Fadhli returned his change though, the guard had rejected the change.

“It’s okay brother, give it to your children so that they can enjoy a meal. Thank you for agreeing to send us.”

Fadhli was stunned as he normally would receive RM1 to RM2 as a tip, hence RM50 was too much for him to accept and insisted on returning the change, to which the guard still rejected.

“It’s okay brother. You can keep it. I know you were not comfortable with us throughout the ride.”

“Just take it. You were willing to send us. Today isn’t the only day I got cancelled on so much. Most days too, brother,” said the guard lastly. 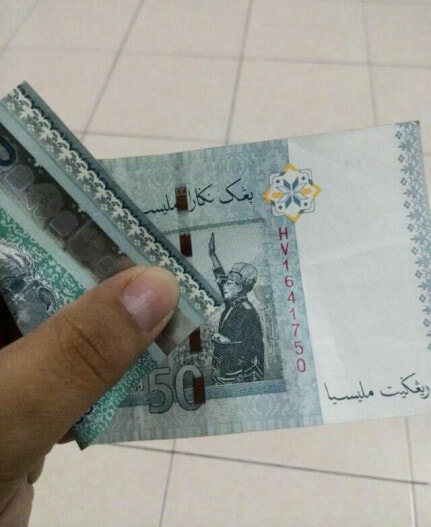 Fadhli ended the post by sharing his final thoughts on the incident.

“Sometimes, Bangladeshis teach me a lot about life. Even if they are immigrants, they are still human. They have feelings, emotions and thoughts. Something that we must respect about all people. Until now, I don’t understand why some drivers are choosy about their passengers based on their appearance. If it is your job, just get it done.”

“All people are the same.”

Let’s not forget that these Bangladeshis are literally the backbone of our country, holding and maintaining triple D (dirty, dangerous and demeaning) jobs that Malaysians would not take. That includes building our high rise skyscrapers and maintaining our underground sewers.

Without them, it’ll probably be you and me doing it so let’s show them a little respect, shall we?

A well put and much-needed advice, Fadhli, thank you for that. 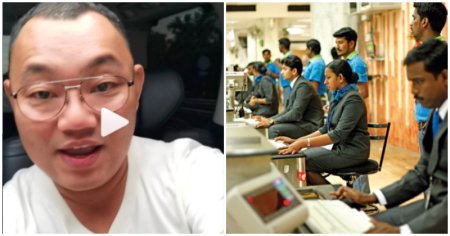