Federal Territories Minister Tan Sri Datuk Seri Panglima Annuar Musa has been in the news for all the wrong reasons recently. Previously, the Member of Parliament (MP) for Ketereh has been accused of breaching Covid-19 SOPs three times:

For the last incident, the Federal Territories Minister was compounded RM2,000 on 12 July 2021.

Yesterday (31 July 2021), netizens again accuse Annuar Musa of flouting Covid-19 SOPs after he shared a photo of him visiting the graves of his late mother and siblings at a cemetery to pay his respects to them. The Ketereh MP shared a photo of the cemetery visit on his Facebook account.

Taking a screenshot of Annuar’s Facebook post to Twitter, a netizen under the Twitter handle @farhanzahari compared his visit to another Malaysian who visited a cemetery during the recent Aidiladha celebration which was compounded RM2,000. Furthermore, the Tweet also shared a Berita Harian news article regarding a Malaysian in Jempol, Negeri Sembilan that was handed a compound of RM2,000 for visiting a cemetery on 20 July 2021. 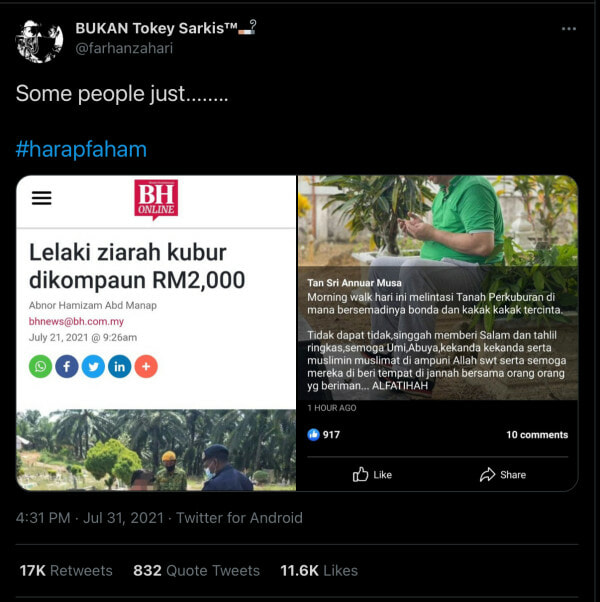 With a simple caption of ‘some people just….. #harapfaham’, the tweet has since gone viral with over 17,000 retweets and 11,600 likes with many accusing Annuar Musa of flouting SOPs and claiming that there are double standards in enforcing Covid-19 regulations.

However, such allegations are simply not true. In a reply to a Facebook commenter which brought up the same accusation, Tan Sri Annuar Musa clarified that his act of visiting a cemetery was not in breach of any Covid-19 SOPs. Furthermore, the Federal Territories Minister said that comparing his action to that of the man which was compounded RM2,000 is not fair given that the man in Jempol which was compounded breached a specific Covid-19 SOPs that was enforced during the Hari Raya Aidiladha celebration which is no longer in effect today.

“You guys are reading which SOP… SOP during Hari Raya is it? The ban (of visiting cemeteries) is only during Aidiladha..”

Backing up Annuar, another Facebook commenter shared the SOP during Aidiladha which stated that one is not allowed to visit cemeteries during the celebration. The SOP was enforced to avoid mass gatherings in cemeteries as it is a local tradition in Malaysia to visit the graves of family members that have passed away during Hari Raya celebrations. Such regulations are no longer in place as of today and people are now allowed to visit cemeteries as long as they adhere to other Covid-19 SOPs during the visit. 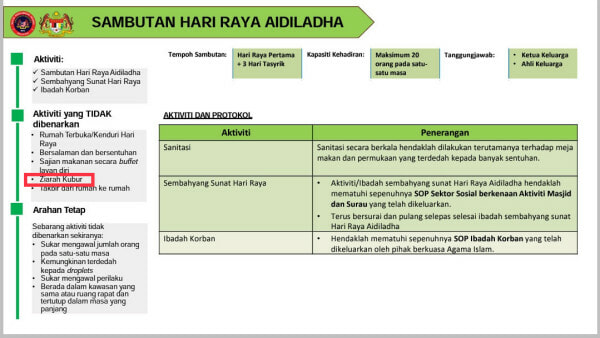 It is important to first do research and properly check on something before throwing out allegations as it may cause the spread of fake news. In this case, the allegations of Annuar Musa breaching SOP and that the authorities are practicing double standard in enforcement is simply not true.

What do you guys think? Share your thoughts with us in the comments. 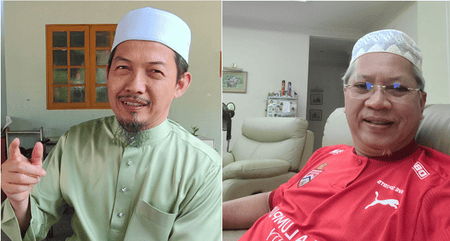