According to Dang Wangi District Police Chief, Assistant Commissioner Mohamad Zainal Abdullah, the compound was issued in accordance with Regulation 17 of the Prevention and Control of Infectious Diseases Regulations 2021. 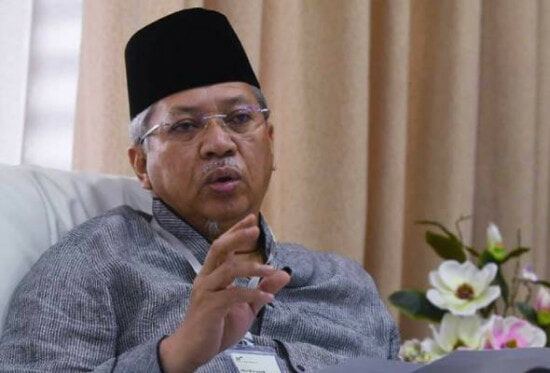 In his tweet, he said that he spent two hours at the residence and had lunch cooked by Pak Lah’s wife, Tun Jeanne Abdullah. 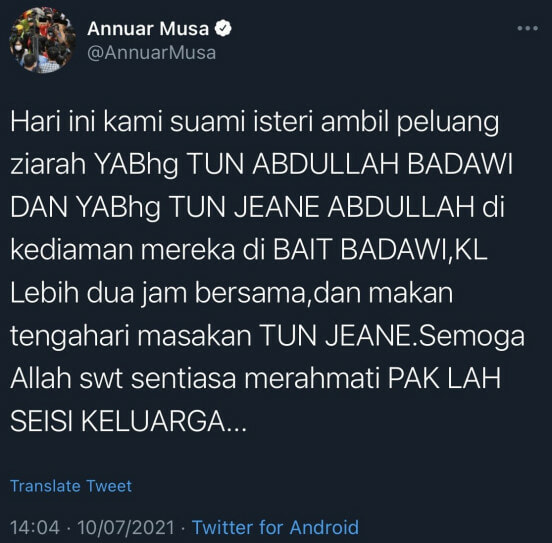 Netizens were outraged over his tweet and accused him of violating SOPs, after which Annuar Musa deleted the tweet.

On Monday (12 July), the Federal Territories Minister’s Office said that Annuar had received the compound and would clarify the matter as soon as possible.