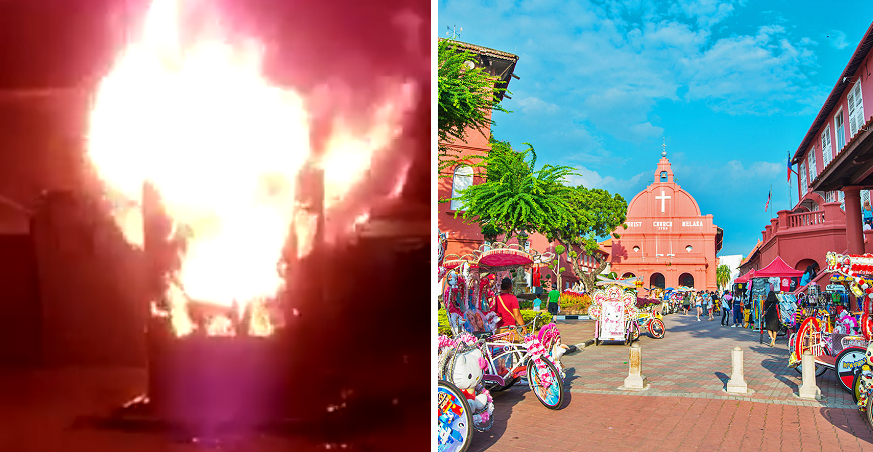 We all love to visit Melaka for day trips or food hunts. In fact, it is easily one of the top states to visit due to the seemingly infinite choices of food available. However, due to its increasing popularity, some residents grew upset over a few changes made by the state government. One example being, the need to pay for parking.

According to The Sun Daily, a parking collection booth in Klebang, Melaka was caught on fire earlier this morning on 4 January. The incident was believed to be a message from the residents there. 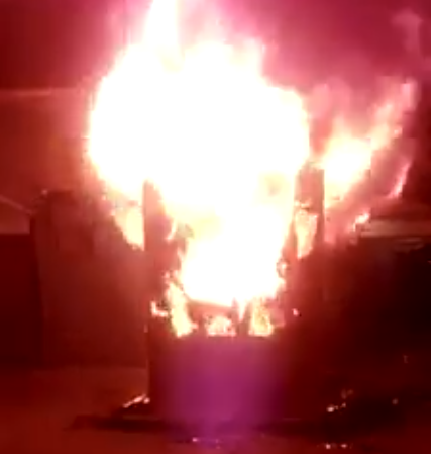 A video of the burning parking booth also surfaced online, and from it we can clearly see that the residents were not happy with the sudden need to pay for parking.

Central Melaka district police chief ACP Afzanizar Ahmad mentioned that the fire was reported to them at 2.20am. However, the cause of the fire is still being investigated. He was quoted as saying,

“The fire department personnel are still conducting a detailed investigation to identify the cause of the fire.”

The Star has also reported how this was not the first time the parking collection booth was vandalized. Just the day before, residents reportedly threw stones at the booth and warned the attendant not to collect the RM1 fee!

The parking fee started at the beginning of the year and local residents were reportedly not informed about it. Since then, several residents have complained about the unexpected inconvenience. Kota Melaka MP Khoo Poay Tiong and other community leaders have also voiced out their dissatisfaction, urging the state to abolish this new system. 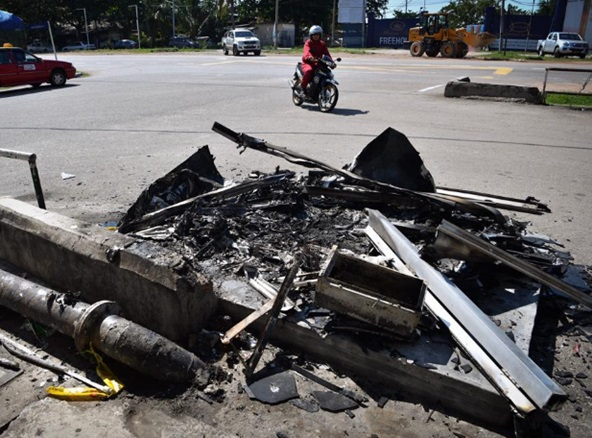 Regardless whether the state will continue on with the parking fee system or not, let’s not resort to setting things on fire – someone could’ve been hurt! That said, we’re glad no one was injured from this incident.

What do you think of the residents’ actions of setting the booth on fire? Tell us in the comments! 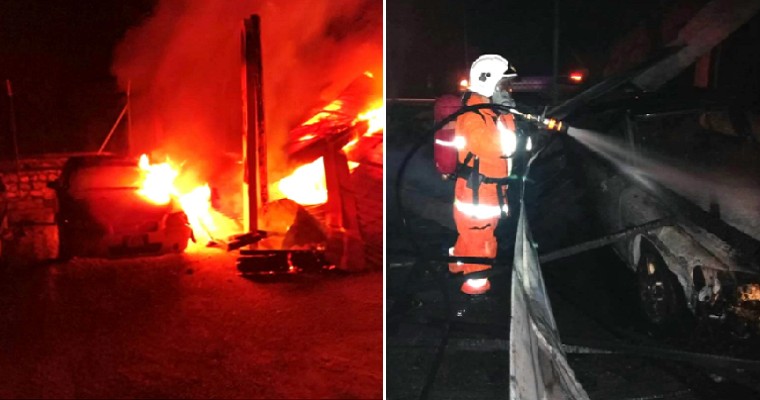