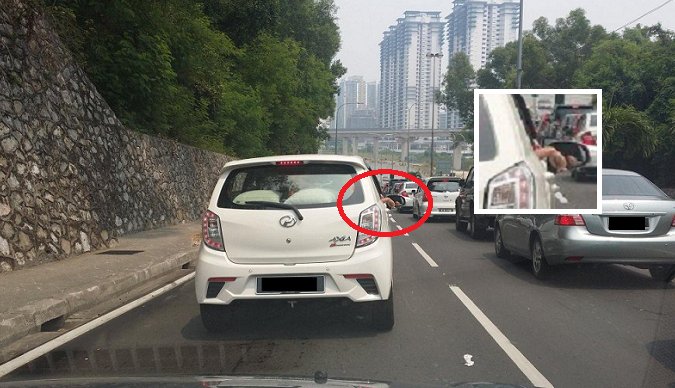 We were born and raised with a brain far superior than an animals’, yet why are there times where people still act no better them?

Recently, Malaysian Facebook user MeiChin Teo shared her frustrating ordeal where she tried to teach an uncivilized road user a lesson but failed to do so. She also mentions her disappointment when not even the Malaysian authorities were bothered to handle the case. Well, what a surprise there.

Teo has since taken to Facebook to share her story where he highlights the importance of being civilized and also that authorities should be more attentive to small cases like these to make Malaysia a better country to live in.

“The driver of the white Axia NDD 5202 was smoking with the car window opened in front of the traffic light. A second later she/he dumped a tissue out from the car. So I got down from my car, picked up the rubbish and threw back right to her/his/TB face. The light is turning green so I got to get into my car quickly and there was no chance for me to scold that litterbug. Again, she threw out the tissue and speed off….. such an a*****e.

What can I do? Not sure where to report her so I drove to a nearby police station at Old Klang Road to seek opinion where/ who should I report to regarding this matter. A lady police known as Cik Suhaila (ID: 165088) assisted me.

Police: Nak report apa? (not looking at me and playing with her finger)

Me: Tadi I kat traffic light depan nampak ada orang throw rubbish out from the car….

Abit pissed at her but still I ceritakan the whole thing to her in Bahasa without mixing with English..

She was so impatience and treated me as if I’m a joke since it is a very small case and no one else did that.

Phoned up MBPJ and told her the whole story again..

I hope the government spend some money for the police officer to attend ceramah or soft skill course. At least look at me while you are attending a rakyat who is making a report case to u. Things will be easier if they tighten the littering law like what Singapore did.

I was so surprised that both of the parties told me no one had reported littering from a car as I seen this almost everyday! I was lucky today because the driver was stopped at traffic light so I can pick up the rubbish and throw at her face as what I always wanted to do !!!! Be civilize people!!!” 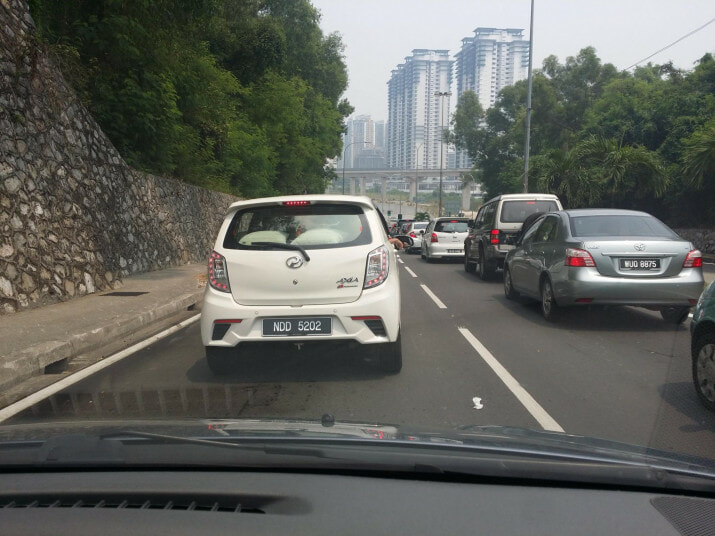 Netizens who read her post said that they would help spread her post and hope that the driver of the said car would find it and reflect on his/her own behaviour. Some shared similar stories they have faced, while others hope that the Malaysian authorities can be improved a whole lot more.

One user wrote, “Polis Diraja Malaysia (Royal Malaysia Police) MBPJ Aduan please be efficient and strict with these littering policy in hope of making Malaysia a cleaner place. If you people can’t the job good, something has to change.”

“To them, it seems to be a waste of time but one day they will know we waste no time on voting the wrong leader that supports their laziness. I admire your action!” added another Facebook user.

“That driver is a rubbish …. Brain with full of shit! It’s ok , let’s share this picture around and make this a*****e become famous.” another commented.