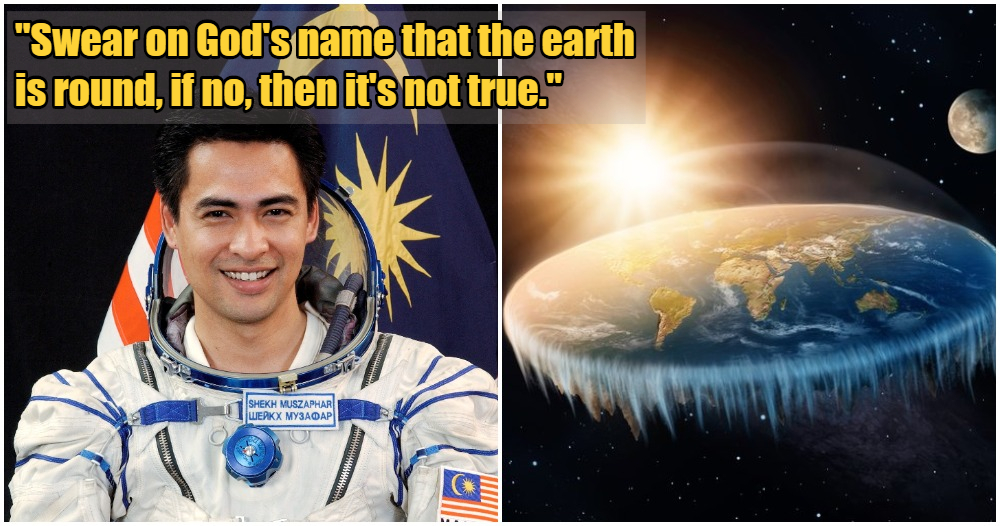 There are people out there who really think that the Earth is flat and I’m not kidding you, they have groups, published books and even NBA star Kyrie Irving believes that. 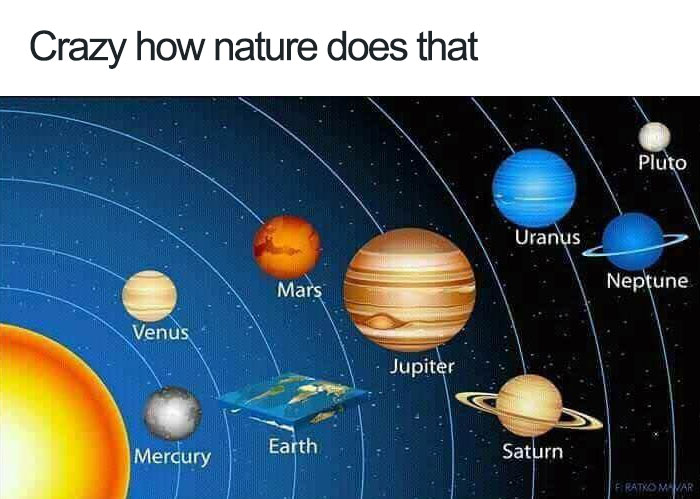 So when we are in doubt, who do we turn to? Of course, our very own angkasawan negara!

He apparently gets flooded with DMs all the time from people asking about the shape of the earth and he has said time and time again that it’s round.

Now according to Malay Mail, flat-earthers are using a new technique called “swear on God’s name”. One of them asked Datuk Sheikh to “swear it on God’s name” that the earth is round and said,

“If you don’t swear it then it’s not true and you’re spreading lies, Allah will punish you.”

Sheikh then took a screenshot of that message and posted it on his Instagram account with a very long caption.

Pic – To all flat Earthers out there … I get thousands of DM’s on my Social Media asking me about the shape of the Earth and some even have the guts asking me to swear in the name of Allah . I thought I have made it clear on my previous postings showing pics I took from Space and my statements . And no matter how much I explain to them , I can never convince them … They are always sticking to their non-factual based evidence which I find appalling . On this Barakah Friday I’d like to make a point to these groups as what I have seen and known . “ Dengan nama Allah saya bersumpah bahawa Bumi berbentuk sfera seperi mana dilihat oleh saya di Angkasa “ I hope that clears the air … Salam Jumaat Everyone . Love As Always . PS – “ It’s harder to convince or debate with the uneducated compared to the intellectuals because they don’t understand the basic of knowledge “

“I don’t simply use the name of God just to prove a point and make people believe me, but if this is what it takes… then I swear in the name of God that the Earth is a sphere as seen with my own eyes from space.”

He also mentioned that no matter how many times he repeats himself like a broken record, people will always cling onto their beliefs that are not fact-based.

“It’s harder to convince or debate with the uneducated compared to the intellectuals because they don’t understand the basics of knowledge.” 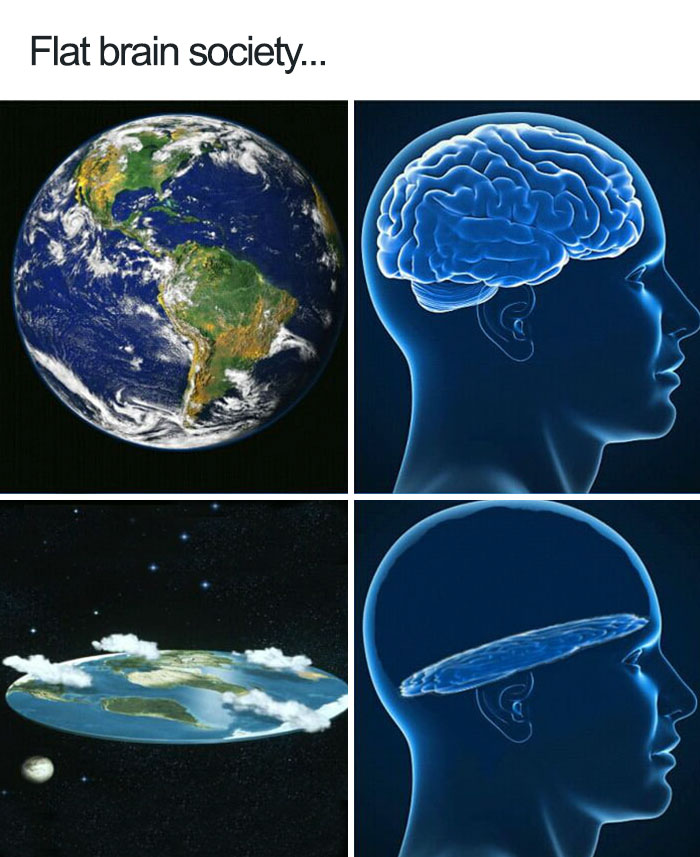 To prove his point to the flat-earthers, he would always post pictures of the earth taken from space. Earlier this year, he has said this as well in another debate!

“I went around the Earth 16 times a day, and it is shaped like a geosphere, to be exact, squashed at the poles and bulging at the Equator, not like a ball, but more to an egg.”

Guys, we should trust the man who went around the earth 16 times rather than some people who claim otherwise with no factual evidence!

Also read: You Can Travel to SPACE in 2020 and Visit the NASA International Space Station 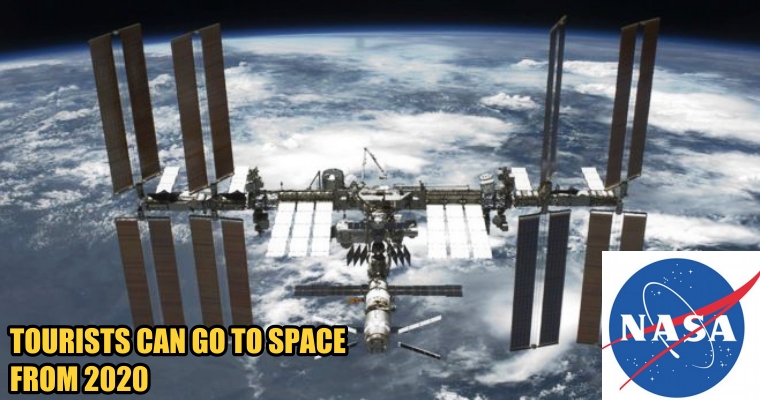