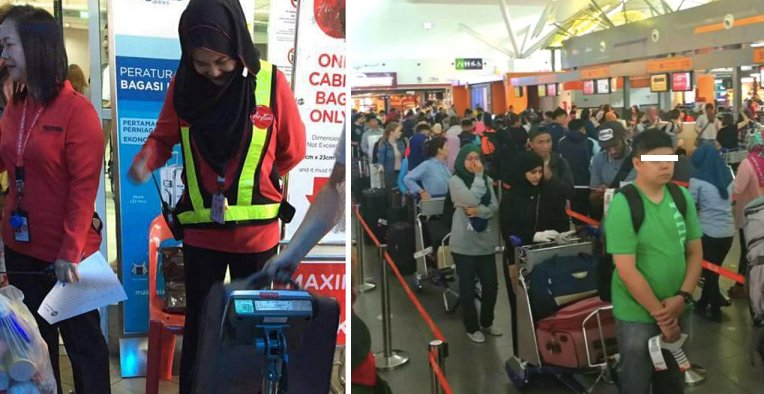 Recently, Air Asia has issued a reminder to all its passengers regarding their cabin luggage limit. According to Air Asia’s notice, passengers are allowed to bring in one cabin bag and one small bag into the cabin. And the total weight of both luggages should not exceed 7kg.

Besides, the luggages must not exceed the dimension specified by Air Asia so that the bags can be put in the overhead compartment and under the seat in front of the passenger. 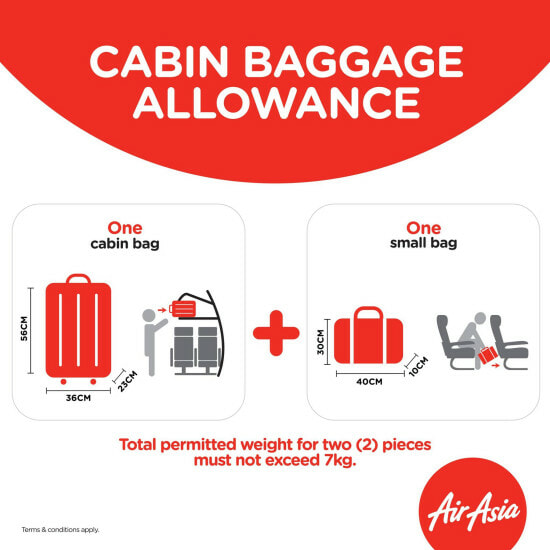 This rule has been in place for at least several years ago, but many passengers were able to get away with slightly heavier luggages because the rule wasn’t strictly enforced. I’m very sure a lot of us are guilty of this!

But with the recent reminder issued, Air Asia is playing by the book. Don’t play-play guys.

The Air Asia crew was seen weighing the passenger’s luggages one by one with a weighing scale before they can board the plane. 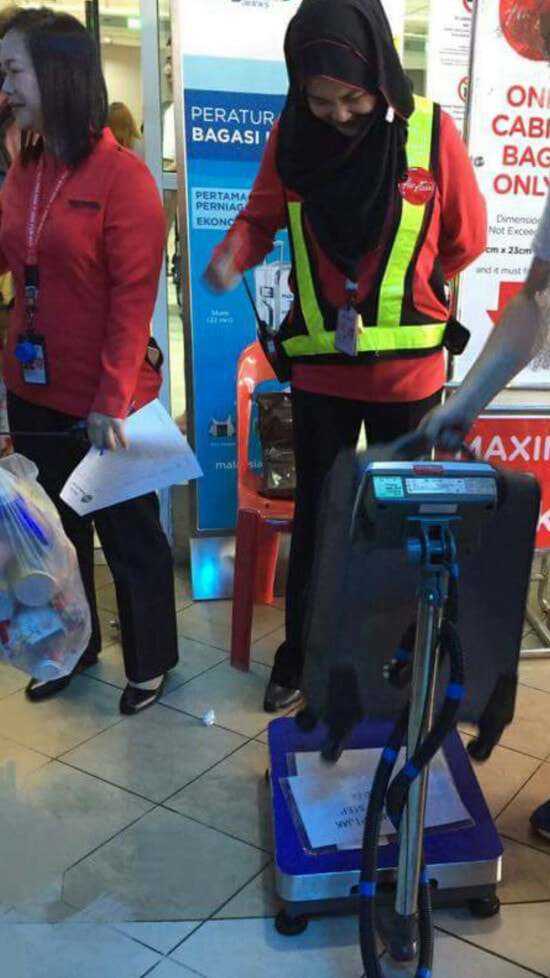 Passengers who were found carrying overweight luggages will have to open their luggages on the spot and take out whatever items they can carry so that the bags can make the cut. 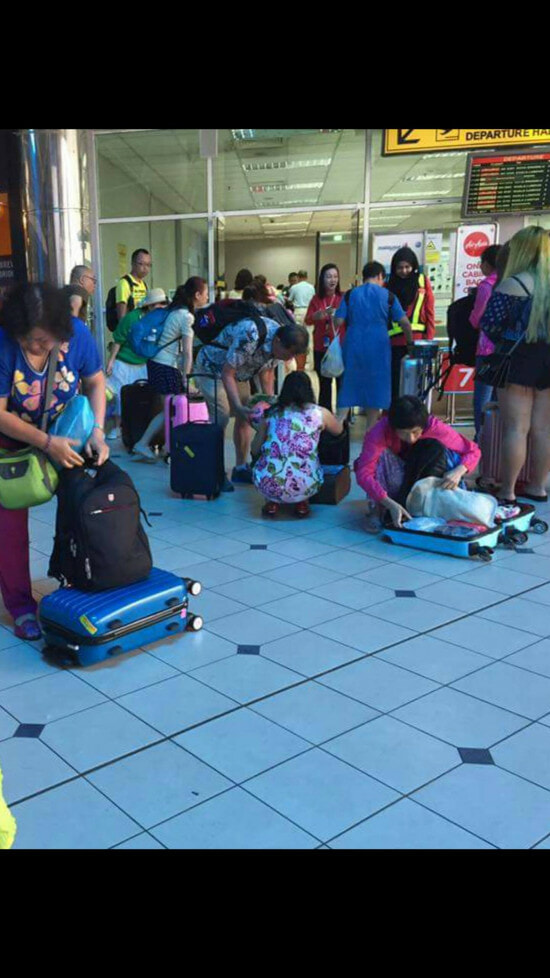 As such, this time-consuming process has created a long line at the airport with some netizens claimed to have waited for 4 hours. Some even missed their flights due to the long queue. 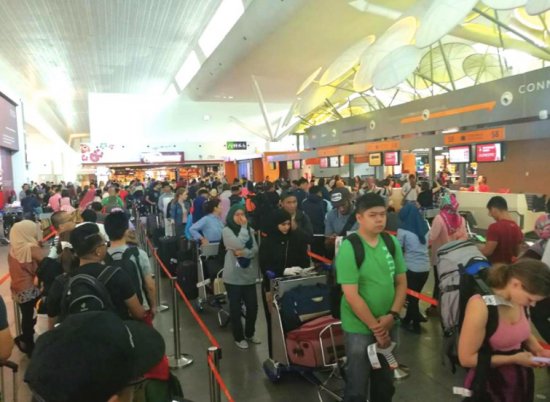 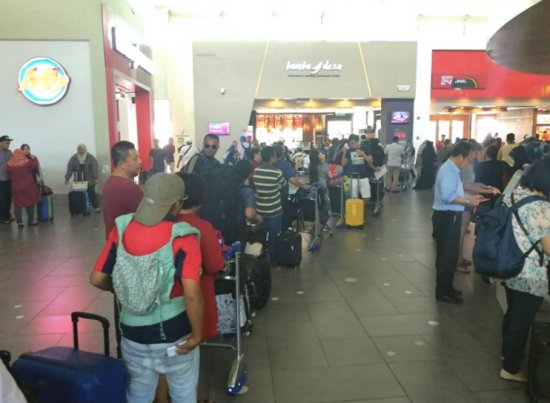 A few netizens took it to social media after having to go through the long line.

“You (Air Asia) earned so much, why can’t you just give some convenience to the passengers?” a netizen said.

Luckily, there were many other rational netizens who are perfectly fine with the rule.

“The rule is as clear as day and the crews are just enforcing the rule that’s already in place. If you refuse to follow the terms and conditions set, you may fly with other airlines,” another netizen commented.

So guys, just abide by the rules and going through the weighing should be nothing but a breeze.

Also read: AirAsia X Plans To Fly To Germany, Britain And America For As Low As RM715! 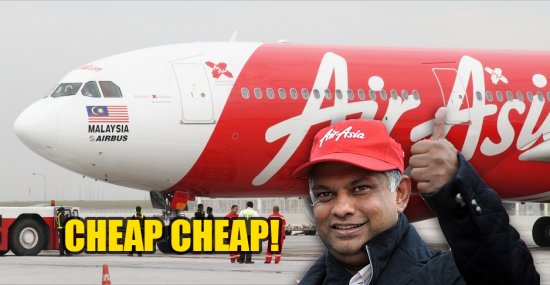