A horrifying story of a child being caught having sexual conversations with an adult recently went viral.

Facebook user, Syed Azmi shared the sickening story on Facebook of how an 8-year-old girl was caught having sexual conversations with adult males on a social media app called Wechat.

The mother of the girl lamented to Syed about how she had bought a smart tablet for the daughter earlier this month. But now she is regretting her decision terribly.

In the beginning, it was a random stranger who first approached the little girl. But later she learned to add strangers into her contacts. What’s worse, she even created a group sex chat by herself!

The mother cried to Syed,

“My body was shivering looking at the catastrophe. Now she is the one who opened a group sex (chat).”

When asked what the mother had done in attempt to curb the situation, the mother bawled to Syed:

“When I look at my child’s actions I feel like hitting her. Geram. But I know that is not the best way. I didn’t do anything.”

“I only sarcastically asked her ‘You wanna marry? Mama can get you married quick.’.”

Alarmed at the lack of action taken by the mother, Syed firstly asked her to make a police report immediately. Thankfully, the mother listened to his advice and did so.

However, Syed still had many concerns as he felt rather disturbed by this whole incident. Not only did the 8-year-old kid texted the man with lewd messages, they even went on to voice calls! 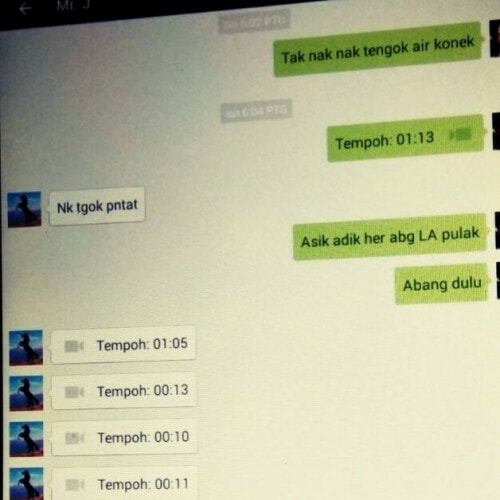 “I want to see your semen.”

And the man replied with

“I want to see your vagina.”

“The girl must have pick it up from somewhere. She does need help. Who teach her all this. What is going on with her life? Why did the mum jokes about marrying her?”

“Do understand that you can’t trace the number on Wechat. But if GPS location is (turned) on, there is s friend finder option for people to find you. Basically most would look at the photo.”

“The girl do need therapy. But their socioeconomic background need to (be) check as well. Location, distance, transport, affordability and charges. Easy to ask. Not easy to apply.”

Syed expressed that the little girl is an excellent student which is worrisome. He plans on guiding the mother on how to help the child.

“It can happen to any one of us. Let’s help each other out.”

After discovering this vexing news, netizens are on a rampage. They expressed their worry and and anger in the comments section.

Some blamed parents for being ignorant about their children, others blamed technology for blasting sexual innuendos all over.

Regardless, parents should probably stop giving their young children tablets and smartphones until they are old enough to take care of themselves. This incident itself is just appalling.