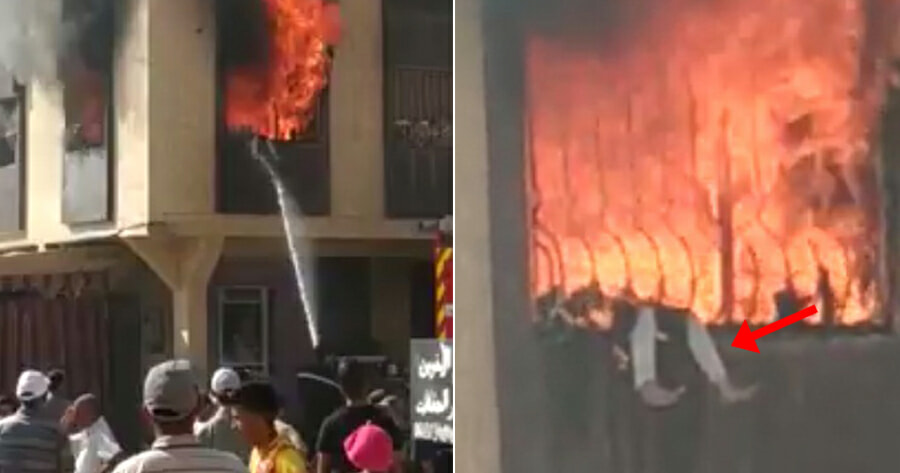 A seven-year-old girl died a horrific death when the apartment building she was in caught on fire and she had no way of escaping.

According to Morocco World News, the incident happened in a town in Khémisset Province, Morocco, when the girl, Hiba, was playing next to the window. At this time, a phone charger inside the room exploded causing the room to catch on fire.

Assuming the girl had no other way out, Hiba tried to escape the fire through a fence placed on the window of her house, but she got stuck as the fire began spreading further. 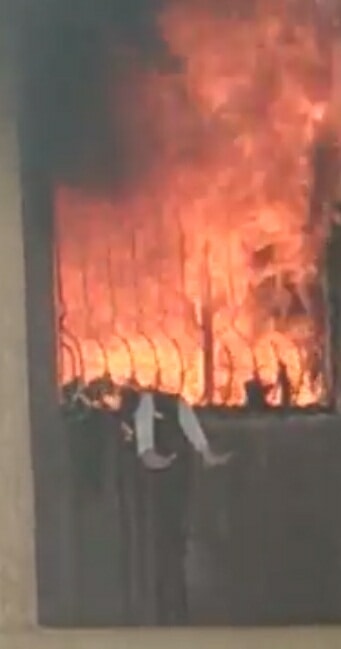 A video of the incident was posted online where a crowd of people gathered around a building with one of the units bursting with flames. Screams and wails are heard all around as the girl’s legs can be seen dangling out of the window fence while being engulfed in flames.

Neighbours could only watch helplessly while waiting for civil protection to arrive. However, a local resident said that they had been calling the firefighters for 23 minutes without receiving any response.

“People went to their center, and some of the members of civil protection said that they still had to put on their suits in order to rescue the girl,” another citizen said. 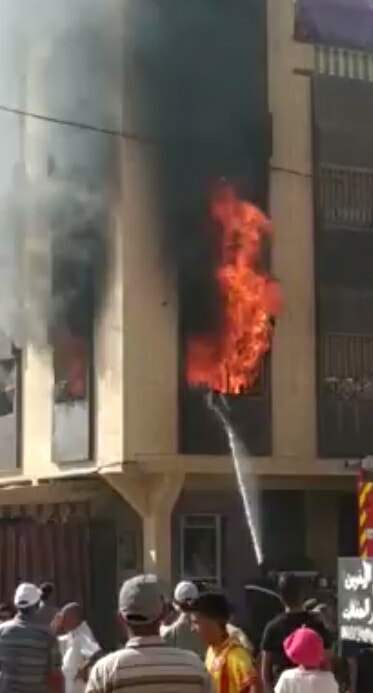 “They hung up the phone. There is proof, go check the call centre there. We did our best.”

He said that local residents even drove to the civil protection centre and found the firefighters playing cards.

Several people attempted to break down the door of the building, but they were unsuccessful, and by the time civil protection arrived, the girl had already caught on fire. 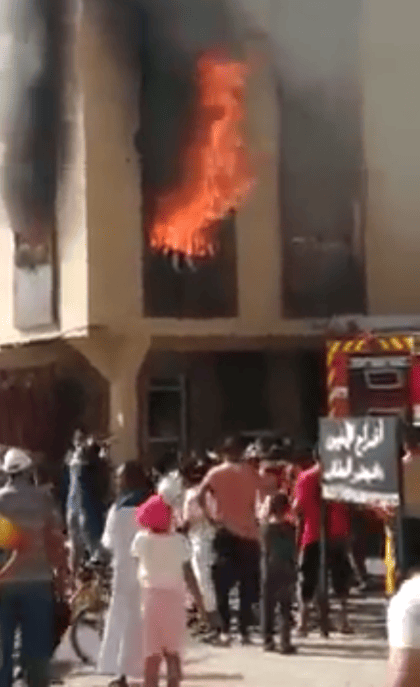 Once the fire was put out, Hiba was taken to Tifelt Hospital, where she died shortly after from serious injuries sustained from the fire.

Citizens who witnessed the tragic event condemned the firefighting services for not taking the incident seriously and blamed civil protection for the death of Hiba. 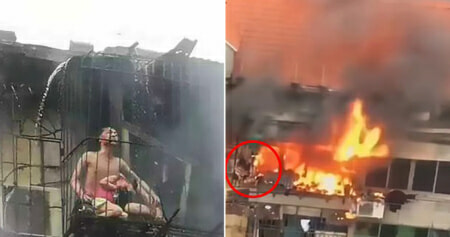