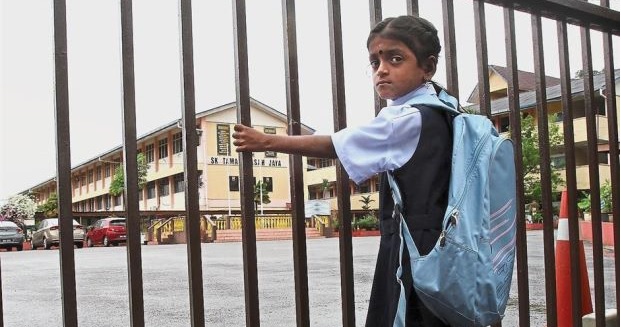 Most of us take school for granted as we tend to see it as a nuisance instead of a privilege. However, have you ever thought of those not lucky enough to set foot in school? 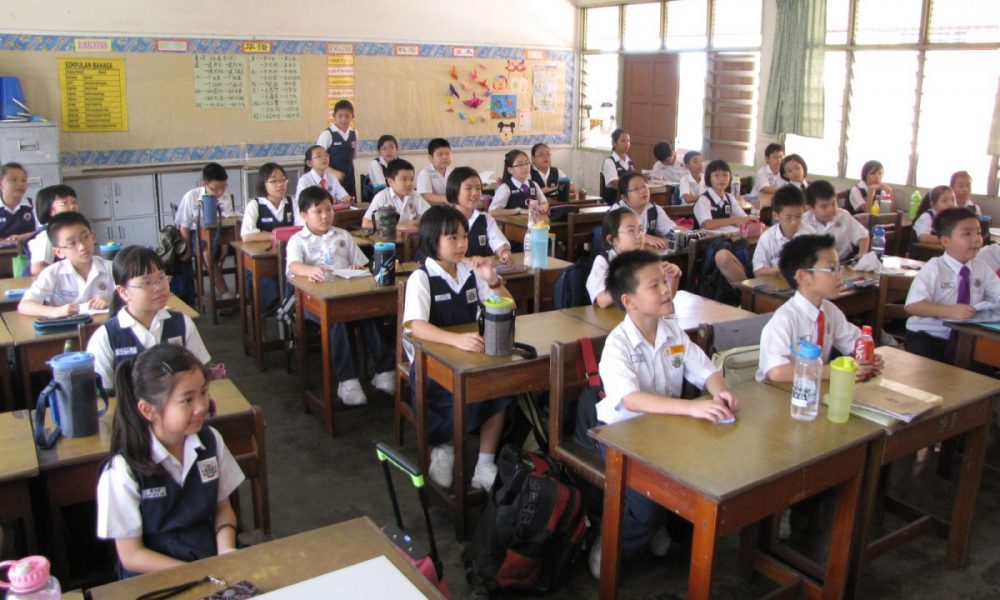 This unfortunate young girl named Darshana is one of them; she isn’t able to attend school because of the new policy that was introduced by the Immigration Department. According to B. Ganesan, Darshana’s father, Darshana was classified as a non-citizen, which is why she cannot enroll in any public school, reported The Star Online.

“She was listed as bukan warganegara (non-citizen) but we did not foresee any problem then. We have also submitted an application for citizenship, which is still pending,” he said.

He also said that his wife, V. Malliga had suffered three miscarriages over the past 11 years. They wanted a child badly after that, so when a friend told him that there was a baby girl up for adoption, they jumped at the offer, first-hand.

“She was born in November 2011 and after four years, we managed to adopt her legally and welcome her into our home with prayers,” he said.  Ganesan added that he and his wife were happy to see their names appearing in the birth certificate as Darshana’s parents. Aww!

Malliga, 48, said Darshana would get up early every day and would insist to send her to school, saying,

“When she sees other children going to school, she will cry and ask why she is unable to attend school.”

“She would also stare at her school uniform and other schooling items,” the mother explained. Oh, that poor little thing.

While other kids have started attending school, Darshana reportedly waits near the gates of the school longing to be in class with her peers. 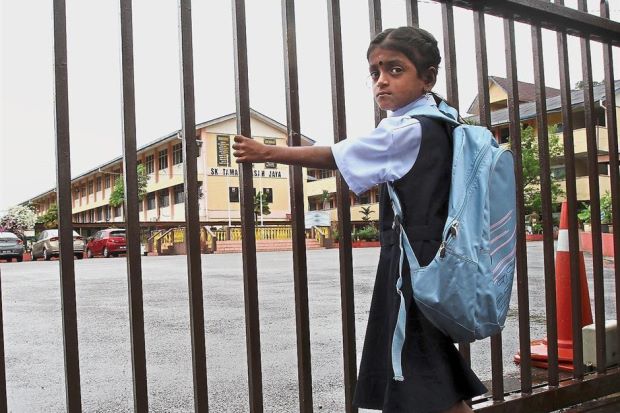 The couple said they could not afford to send the young girl to a private school, thus making government school the only option.

Malaysian Public Service Society president, Andrew Raju, accompanied the couple to the state Immigration office to verify the school’s claim and said that he was told that the new ruling came into force this year.

“The Immigration officer told me that all children who are non-citizens must get a passport from their respective missions. But how are the couple to get that document since they don’t even know who her biological parents are?” Raju questioned.

According to Raju, the new ruling might affect many Malaysian children under the non-citizen category. He also questioned the Immigration Department if this ruling affects babies born to Malaysian parents but were abandoned and left in baby hatches.

Raju finally said that since Malaysian was a signatory to the Convention on the Rights of the Child, depriving basic education from the child is rather inappropriate. Yep, rightly asked.

Also read: “School Bullies Will Be Sent For Training with Military and Police,” Says Education Minister 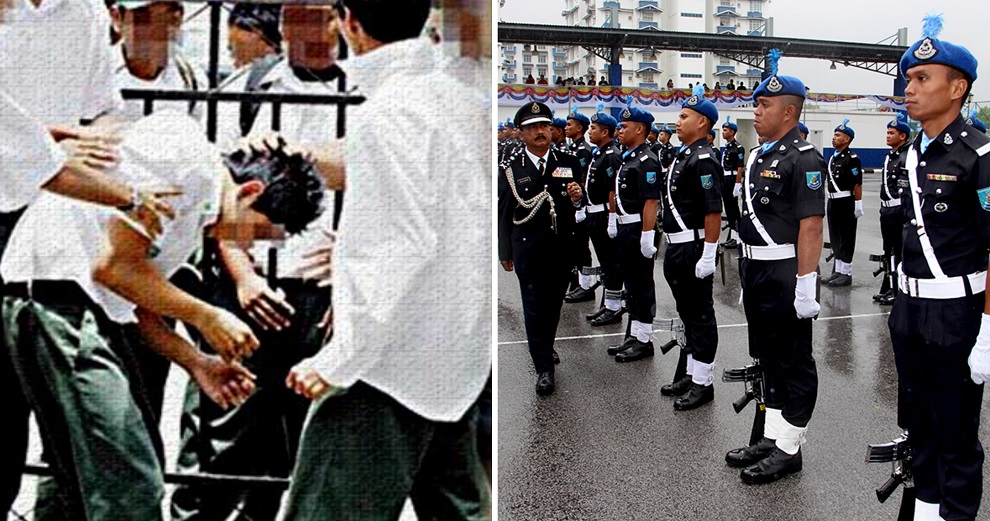