Going for a trip overseas has always been considered as a privilege as not many are able to do so. To go overseas, one has to have the required documents, and most importantly, to have money. However, when the privilege is abused, normally by Westerners, it leaves a sour taste for the locals of the country that they visit. This is mostly because the countries that these begpackers are visiting are those that are still developing.

1. Russian Begpackers in Bukit Bintang Terrify Civilians by Swinging Their Child Around 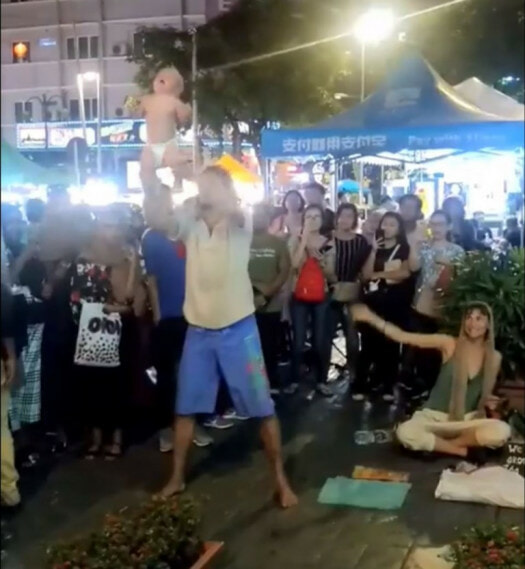 On top of requesting donations from locals to support their travel, this Russian couple also swung around their child as a ‘street performance’. The 6-month-old baby was not seen crying but that was most probably because it was in a state of shock. The action surprised and angered the public and the couple was arrested soon after for endangering their child. 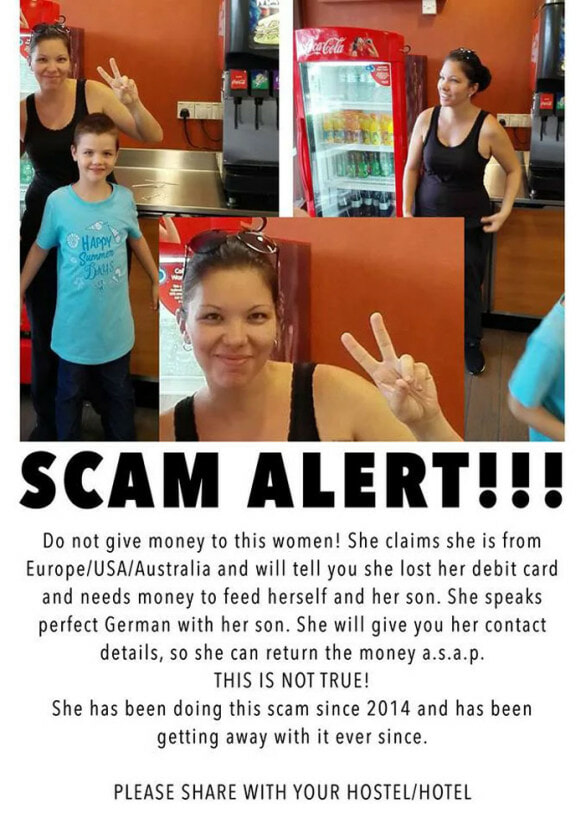 This repetitive scammer really does not know when to stop. Her scamming method of proclaiming she had lost her debit card had apparently worked over and over again as she has not been arrested for it since 2014.

Yesterday I saw these blindfolded travellers asking for money in one of the most transited areas of the shopping district of Kuala Lumpur, and I have strong feelings about it. Travelling is a choice, and not only a choice but a luxurious one. When you choose to travel, to leave your confort zone and explore the world you might feel yourself as an adventurer, and you might be one, you are one among your group of privileged people. If you can actively decide to leave everything behind, take a backpack and wonder the world, it is because you have a social structure that allows you to do it. You do it because most likely your family does not need your work force to be sustained, you do it because even after months or years of travel, you can go back to a safe place were your "struggles" as a backpacker will only be a nice memory of the times when you decided to get out of your confort zone and "live". I have no troubles with the people that decide to travel and perform an art, entertain people, and from that keep travelling, or finding a part time job in different places to keep going, as long as it is legal. When I was living in Oxford I had a licence to perform in the streets and I was registered as a legal busker as a side activity. I have also performed in bars and hostels in exchange of a beer or an extra free night. I have done hardcore backpacking myself, and if it wasn't for the dozens of people that have let me stayed with them or that have helped me in other ways, I wouldn't have been able to live as many experiences. But I have never pretended that people should give me free money to keep travelling, to keep doing what the majority of the people in this planet will never be able to do, not because they don't want to but because they can't. I have always had enough to sustain myself, I plan and save for years for my travels. Continue reading on the next post. —> #begpacker #backpacker #travelling #qleveryday #BukitBintang #KualaLumpur #Malaysia #Asia

The act of these begpackers expecting donations by giving hugs irritates fellow locals. Money in exchange for something free? Nuh-uh, no way.

4. Begpackers Who Threatened Locals When They Were Questioned 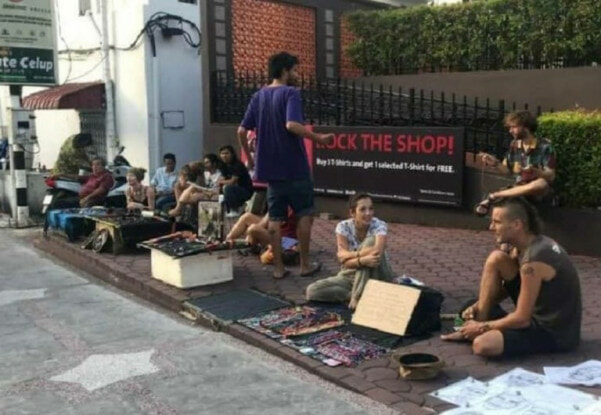 Facebook user Michael Quay had encountered these begpackers who were peddling illegally at Jonker Street, Melaka. When he approached and took their pictures, the tourists became aggressive and even threatened to throw his phone into the river. Apparently, the management of the restaurant of the area had tried to chase them away but to no avail, as these begpackers would always return after an hour or so with no fear.

5. Busking Illegally in MRT On Top Of Asking For Donations

Just a normal day travelling on train and met these amazing tourist on board that brought smiles to alot faces 😍 thankyou for starting my day right 💕 pic.twitter.com/mIVAsnQxlo

Although the original tweet poster is all fine and dandy with these tourists busking in the MRT, the netizens, however, do not think so. Most of them think that they are disturbing the peace and tranquility of being in the MRT. 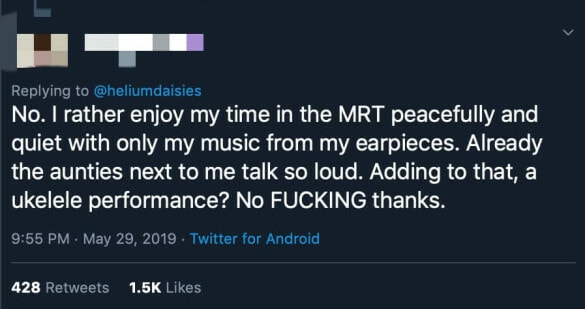 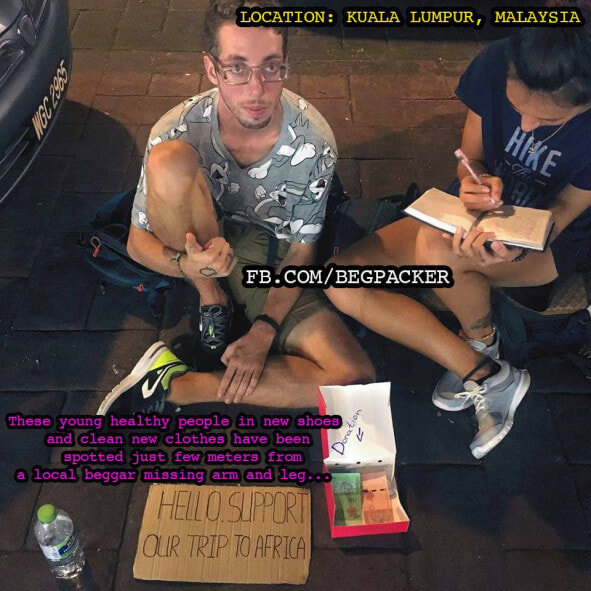 These two begpackers were found asking for donations to support their trip to Africa. And guess what? There’s actually a local beggar with missing an arm and leg just a few meters away from them. The audacity.

These begpackers should stop this kind of action, taking advantage of the kindness of locals so that they can travel around the world and not even use their own money. Do you think that we need a special law just for these begpackers? Let us know in the comments section!

Also read: Bali Says Begpackers Who Are Caught Will Now Be Sent Back to Their Embassies 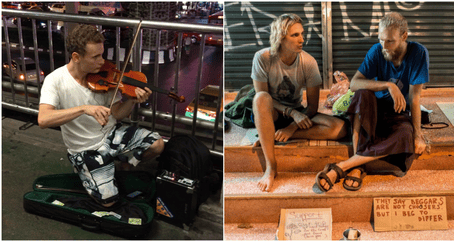