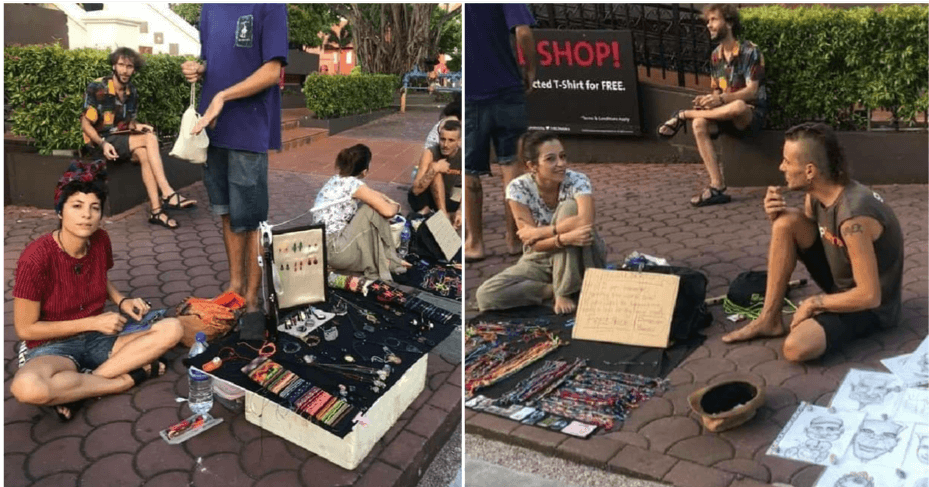 “Begpacker” is a portmanteau of the words ‘beg’ and ‘backpackers’. Mix them together, and you get white people sitting down on the Malaysian streets and performing circus acts for a bit of money.

The phenomenon is happening throughout Asia with more and more foreign tourists resorting to begging and illegally selling items to fund their trips.

If you want to travel, save money and make sure you have enough lah. 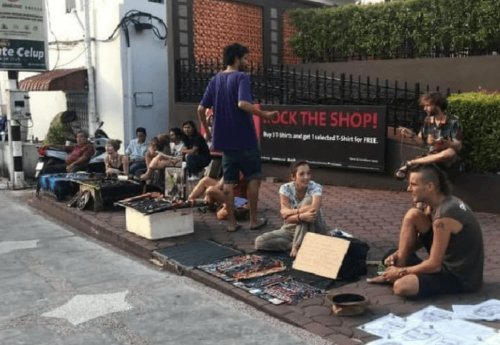 Recently they were spotted peddling illegally in Melaka. Not only were these backpackers ruining the beauty of Jonker Street, but they were also aggressive towards those who questioned their presence there.

A Facebook user by the name Michael Quay shared his encounter with them, and he wrote,

“When I was taking their pictures, one of them became aggresive and even threatened to throw my phone in the river.” 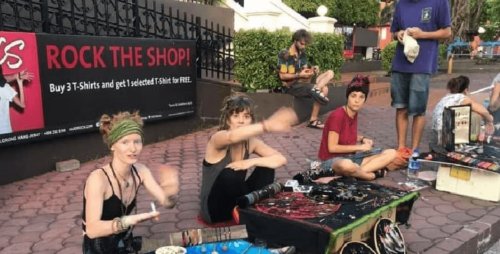 After discussing with the management of the restaurant near where the peddlers were, he was told that the authorities have come to chase them away multiple times, but they would always return after an hour or so without fear. 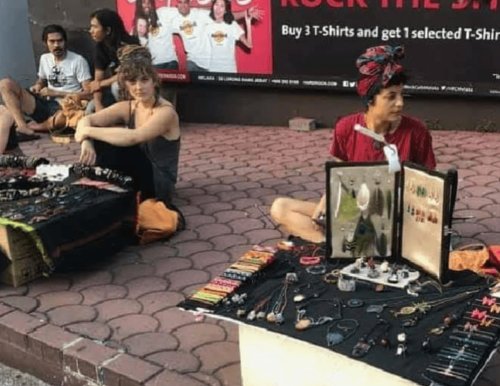 However, according to the latest update on the matter, the city council had issued a directive to have all of them be removed from Jonker Street. Melaka city mayor Mansor Sudin told NST,

“We ordered them to leave prudently and they coorperated. However, if they had not adhered to our warning, then we would have proceeded to issuing notice, compound or even confiscate their things.”

This might be the first step in the right direction to stop all these ‘begpackers’ from taking advantage of our Malaysian generosity.

We could do our part as well. Whenever you see any activity by the foreign backpackers like begging, performing or even selling handmade souvenirs, please report to the local authorities. Let’s do this! 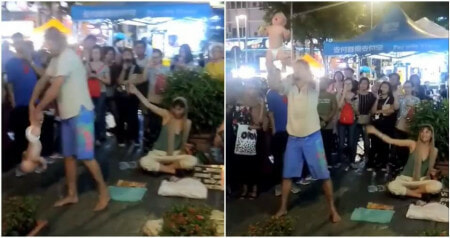