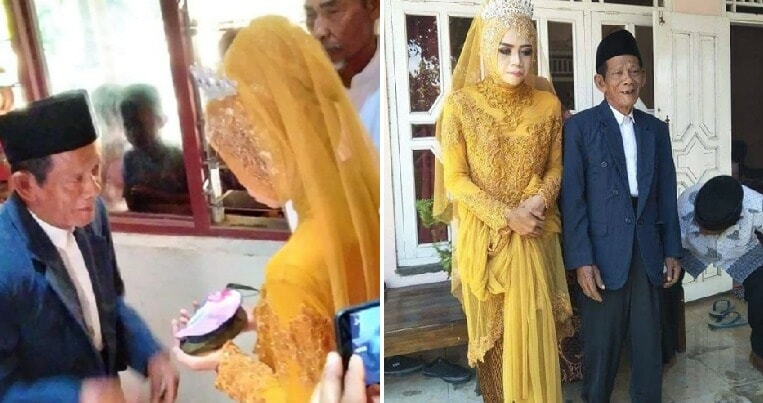 This is a story of love at first sight and the couple had a happy ending, despite what people may think. That’s because the couple has a difference of 56 years between them! Their relationship started when 27-year-old Nuraeni met 83-year-old Sudirgo in July 2019. 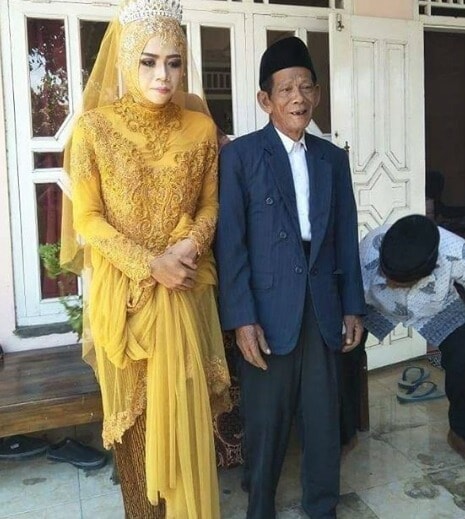 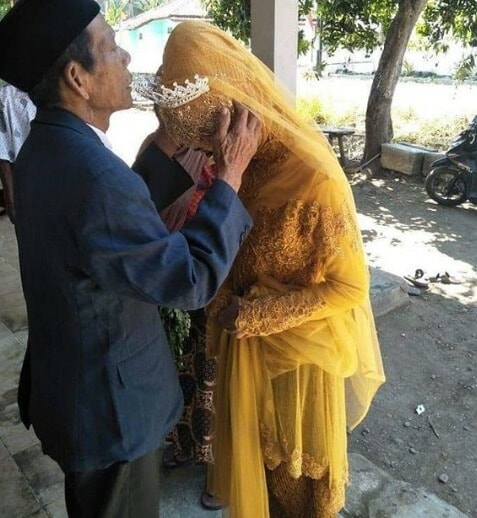 According to Grid, Sudirgo is a famous Indonesian shaman in Desa Jatilaba and many people go to him for help. One day, Nuraeni’s parents went to look for this famous shaman for help and brought their daughter along as well, which was where she met him. It was there that she said she fell in love with him at first sight and the rest, as they say, is history.

She started contacting him all the time and visiting his house until the senior citizen finally “melted” and fell in love with her as well. At first, he didn’t think that they would get married, but then he became determined to do so, despite their age difference. 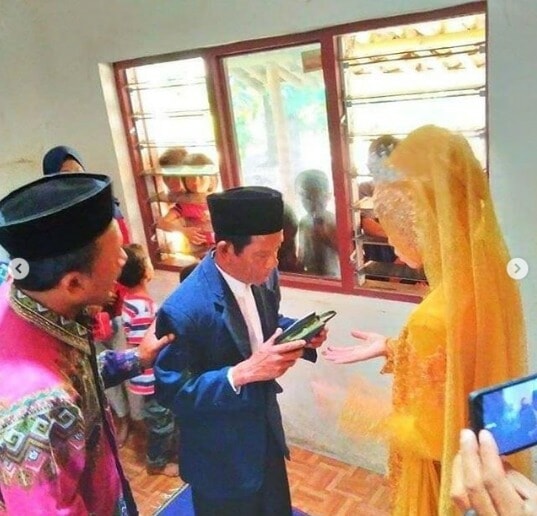 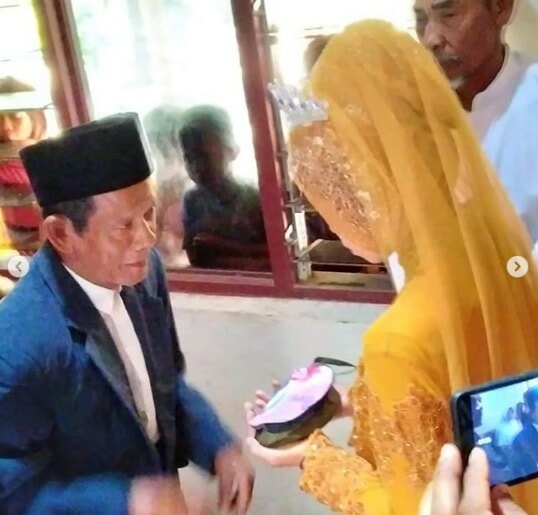 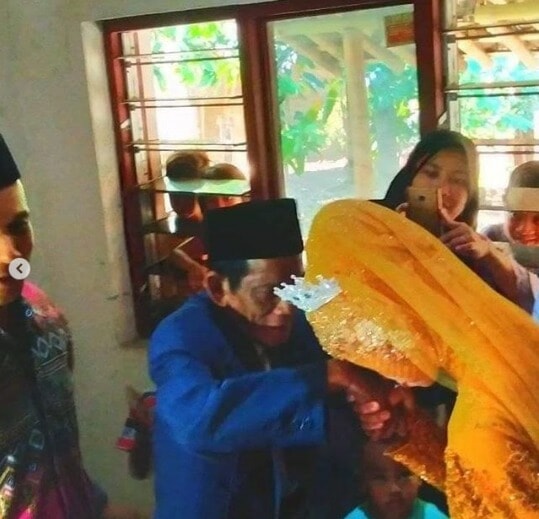 Once they decided to get married, the couple had to get the blessings from their family and had some problems with that at first. His children tried to discourage the couple and asked Nuraeni to consider marrying someone else, but they were too in love. However, Nuraeni insisted that she would marry no one else but Sudirgo and at last, his children agreed to the marriage.

Their wedding was the talk of the kampung as their age difference caused rumours to fly, but they ignored all of this. This is Sudirgo’s fourth marriage and his children insisted that Nuraeni was not marrying him for his fame or riches. The happy couple got married on 18th August and was witnessed by villagers and their families.

We wish the couple a sweet and lasting marriage!

Also read: This Man’s LDR Turned Out To Be A Scam With A ‘Grandma’ Pretending To Be A Young Woman 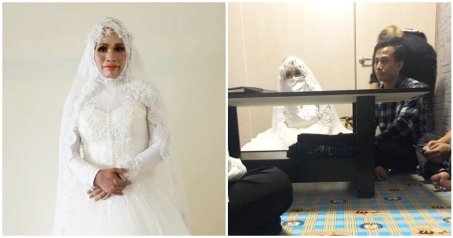