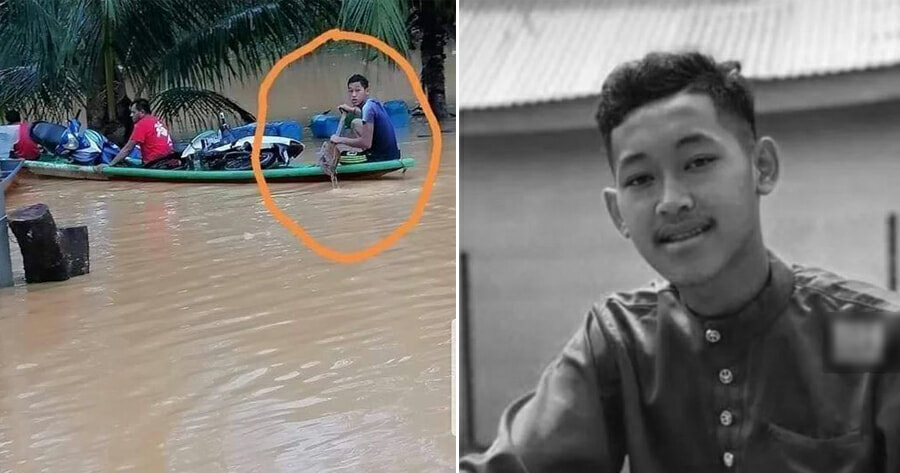 A 20-year-old man died after he fell off a boat while rescuing flood victims in Kuala Krai, Kelantan.

According to NST, the victim identified as Mohammad Hakimin Rahim, was ferrying two flood victims to a temporary evacuation centre at Kampung Manjor when he collapsed from fatigue and cramps due to the cold weather after helping villagers the whole day. 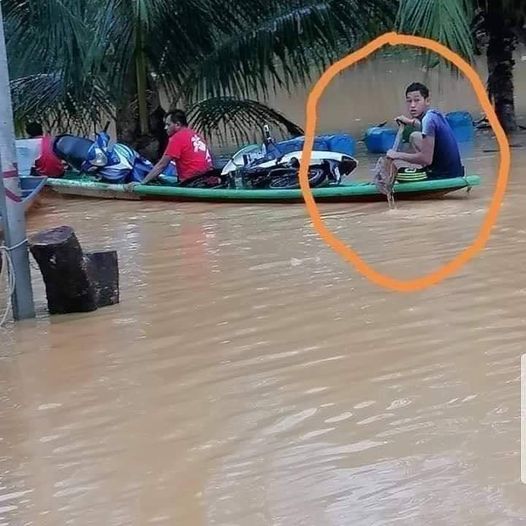 “A search and rescue (SAR) operation was initiated but was called off at 12.31am due to the darkness apart from rain and water rising at some low-lying areas,” he said.

“We were on standby to resume the SAR this morning but were informed that family members had found his body.”

His body was then handed over to the police and taken to Sultan Ismail Petra Hospital for further action.

When contacted, Hakimin’s mother, Norazilah Mohamad, said that he had eaten some rice with fried eggs before he left to rescue some residents in the village, according to Harian Metro.

Norazilah said Hakimin, who is the third child among six siblings, is very hardworking and likes to help the residents who are in trouble. He was also willing to use his wages to buy necessities for the stranded residents every time there is a flood. 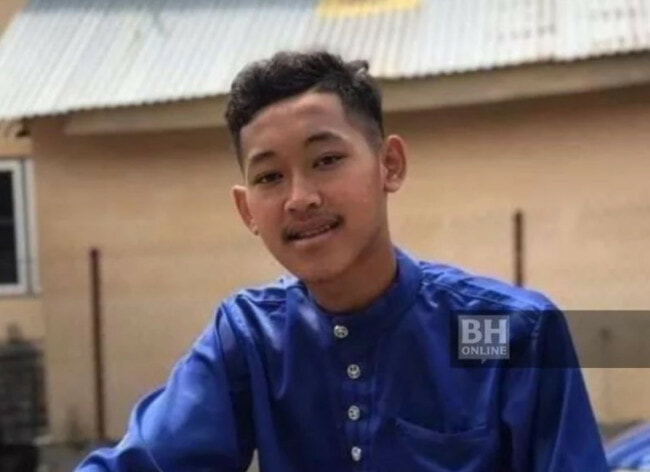 “The day before our settlement was flooded, the deceased who had just returned from playing futsal continued to surprise the residents when he saw the water began to rise sharply. The deceased asked the residents to pack to move to a nearby temporary evacuation center (PPS),” she said.

“Before the incident last night, he instructed me to pack up in a hurry at 5.30pm and then took me and my family members to a relative’s house nearby by boarding a boat borrowed from the villagers.”

“I am also upset because Mohammad Hakimin did not have time to attend the interview as a policeman after he applied last year,” she said, adding that Hakimin’s body will be buried at the Manjor Islamic Cemetery after Asar prayers this afternoon.

RIP Hakimin. Thank you for your sacrifice in rescuing the residents in your village.

Also read: 2 Individuals Die After Allegedly Being Electrocuted While Standing In The Floods 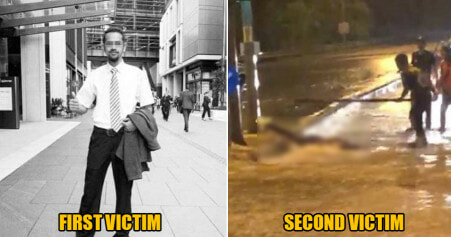