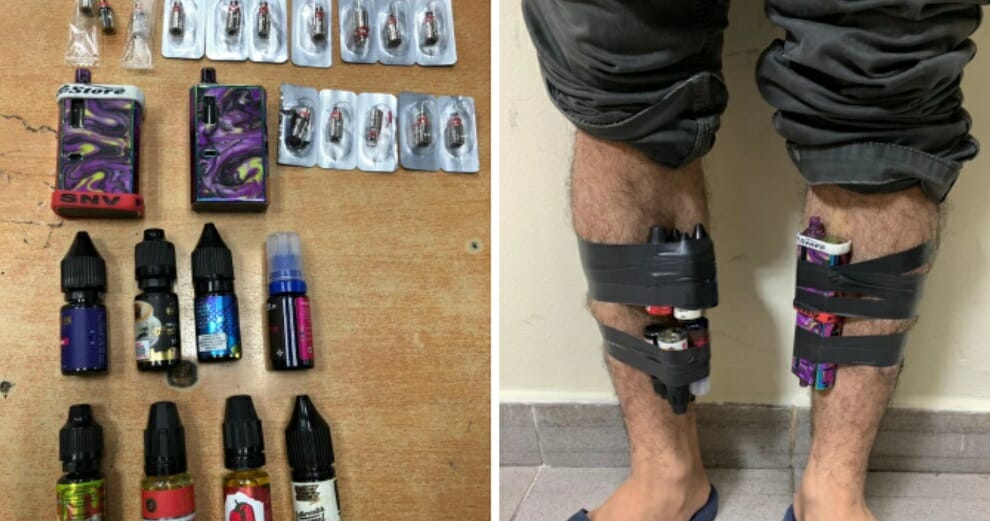 A Facebook post by the Singapore Immigration and Checkpoints Authority (ICA) yesterday (20th June) warned those arriving in Singapore against attempting to bring in e-cigarettes, referring to a recent case that took place on 18th June. The Facebook post has garnered over 2,600 shares in less than 24 hours.

Two Malaysian men, aged 22 and 21, reportedly arrived at the Woodlands Checkpoint in a Malaysia-registered taxi for inspection.

It was then that immigration officers found two e-cigarettes, eight bottles of e-cigarette liquids, and e-cigarette parts taped to the legs of the two young men.

The two men are currently assisting the ICA with investigations. In their post, the ICA stated,

“Our borders are our first line of defence in safeguarding Singapore’s security. ICA will continue to conduct security checks on passengers and vehicles to prevent smuggling attempts of undesirable persons, drugs, weapons, explosives or other contrabands.”

According to Section 16(2A) of Singapore’s Tobacco (Control of Advertisements and Sale) Act (TCASA), it is against the law to distribute, sell, offer, or possess for sale e-cigarettes, or anything that;

Singapore has banned vapes and e-cigarettes since February 2018.

So, remember not to bring e-cigarettes along with you when travelling to Singapore, because it could land you in big trouble. Travel safe, y’all! 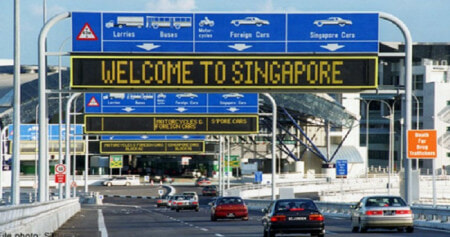