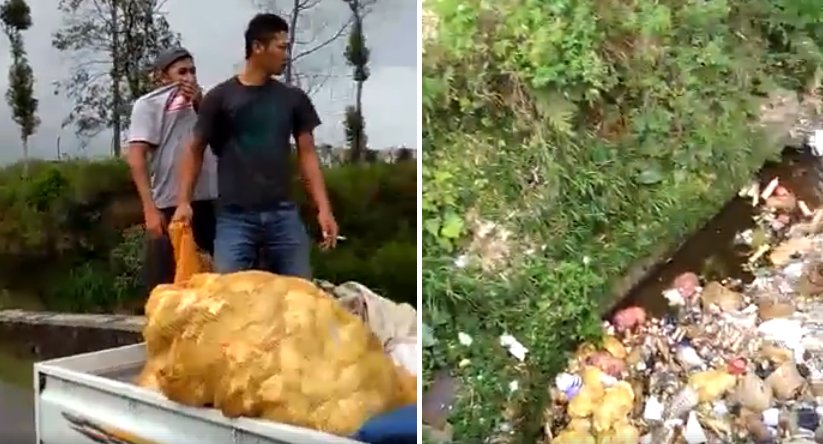 There are many things we do every day that’s actually illegal or just morally wrong. Yet, a bunch of us always lack the awareness or conscience to do the right thing just because our laws aren’t as strict.

Even something as simple as throwing trash out of the car is so wrong, yet some of us still do it anyways.

Worst of all, there are actually people who still believe in dumping bags of trash into the river! Just like these two Indonesian men who were casually tossing a whole truck’s worth of garbage off a bridge on October 25, Coconuts reported.

A video showing the two men caught in the vile act went viral recently. The clip starts with a woman coming out of the car to confront the two guys who were disposing rotting vegetable waste from the market into the Pandasi river in the middle of the afternoon.

The woman, Denty Eka Pratiwi, politely tells them not to do such a thing and advised them to throw the trash at a landfill instead.

One of the men then rudely tosses another bag into the river despite what she had just said! Since Denty and the recorder’s cars were blocking their truck, they couldn’t drive off.

However, they merely stayed in their vehicle and smiled slyly as if Denty’s words were all just a big joke. Some people just deserve a tight slap.

The reason Denty was particularly upset was because she is actually a Central Java Regional Representative Council member and she had just returned from a meeting with the regency’s environmental department (DLH).

They were literally just discussing about this particular problem.

“We had just adjourned the meeting on the socialization of waste management. As soon as I saw the incident, I stopped and reprimanded him, but he did not respond and his tone kept rising.

“It was only when a DLH officer came down to talk to him that they fell silent and stopped.”

Of course, karma came to hit these guys instantly. Denty discussed with the DLH officials and police officers regarding these two guys’ actions. They didn’t want to criminally prosecute them.

Instead, the men were ordered to help clean the river, which they have been using as their dumping grounds all this while, and get rid of all the trash it contains.

Two days later, on October 27, videos of the two guys and many other men cleaning up all the garbage from the river was uploaded.

See how they’re cleaning up all the rubbish here:

So, let us all take this as a lesson to not simply throw our rubbish anywhere, especially if you’re a Malaysian guilty of throwing tissue or wrappers out of a moving vehicle.

Sure, it may just be one piece of tissue, but it’s still trash. Give Mother Nature a break, okay. 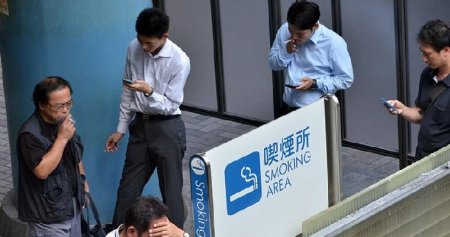