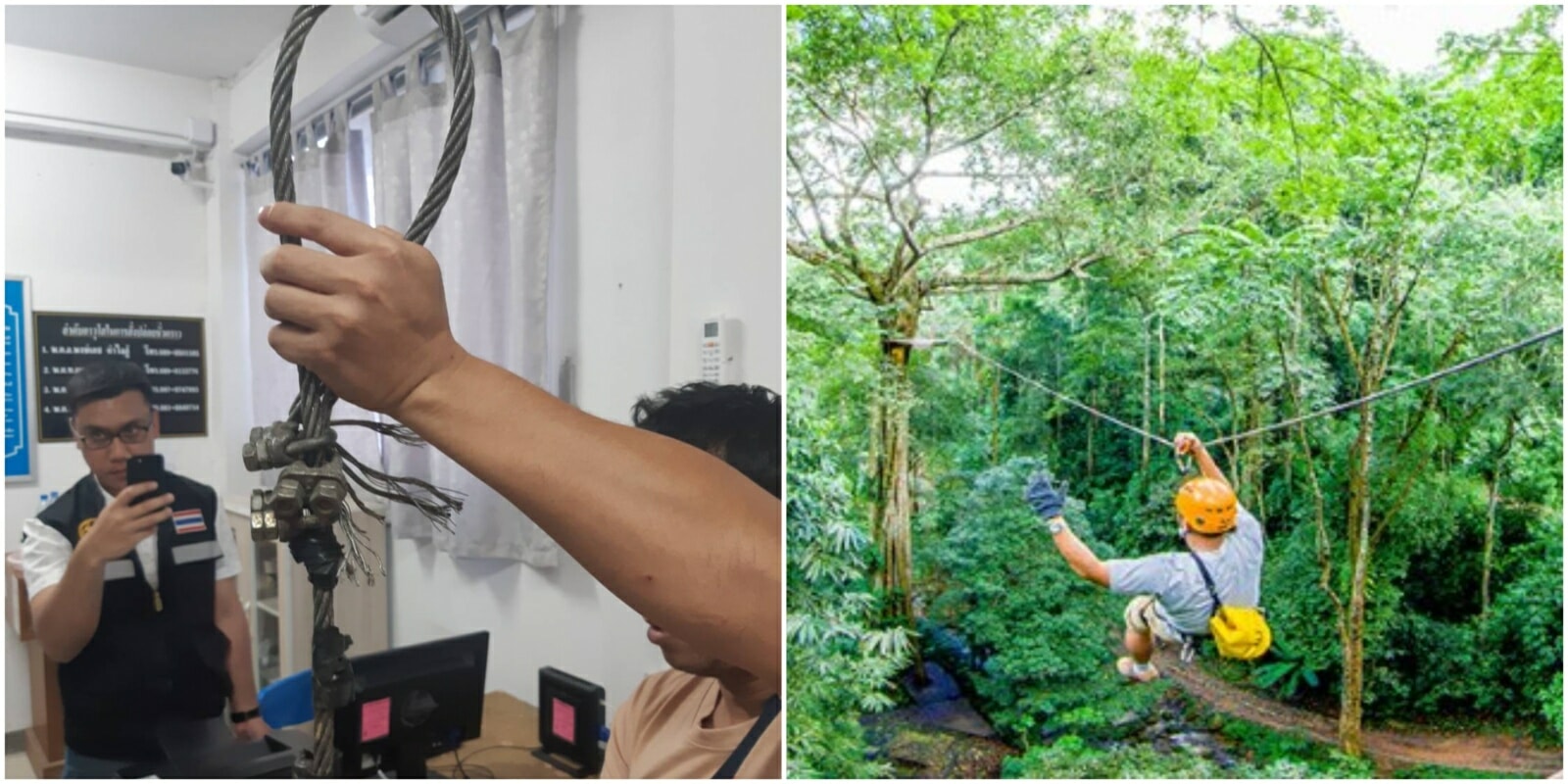 Chiang Mai is one of the most popular tourist destinations in Thailand, especially for Malaysians. However, if ziplining there is on your travel bucket list, you might want to be extra careful before deciding on a park.

This past Saturday (April 13), a Canadian tourist fell to his death after a cable on the zipline he was on disconnected and plunged him 100 metres into the creek below. Oriental Daily reported that the 25-year-old tourist, identified as Spencer Charles, had been vacationing with a group of people, which included his girlfriend, when they signed up for a zipline named Flight of the Gibbon.

For illustration purposes only | Source: Thrillophilia

Reportedly, he weighed 125kg, which is the maximum weight limit that is allowed for zipliners there, as per the website. It is believed that the cables were unable to support his weight, which caused it to snap and bring Charles to his untimely demise. Furthermore, according to Today Online, local police suspect that it was caused by the lack of cables, as there were only three holding him when there should normally be eight, to ensure safety.

Chiang Mai forensic police chief Tanandon Wittayawutthikul has expressed beliefs that it was caused by negligence on the part of the operators, although a representative of the zipline operator told authorities that staff conduct safety checks every morning, and that it had passed an engineering inspection in March, Channel News Asia reported.

For now, the zipline operator is shut down indefinitely until police have completed their safety inspection. The company’s management has assumed full responsibility and offered to compensate the victim’s family, who have already received a 1 million Thai baht (approx. RM129,470) in insurance money.

For illustration purposes only | Source: Flight of the Gibbon

Prior to this tragic incident, Flight of the Gibbon is said to be one of Chiang Mai’s premier zipline hotspots, and one of the oldest. Aside from ziplining, visitors can also enjoy a host of other adrenaline-inducing activities such as aerial cycling and rappelling.

More frightening still, is the fact that this is not Flight of the Gibbon’s first strike. Back in 2016, operations were suspended temporarily after three Israeli tourists were injured upon colliding with each other and falling to the ground. In 2015, two Chinese tourists perished by falling from ziplines, although those were located elsewhere.

As apparently dangerous as it is, ziplining is still a very common pastime for tourists and adrenaline seekers, so please, please do your research on a zipline operator’s background before making it a part of your itinerary!