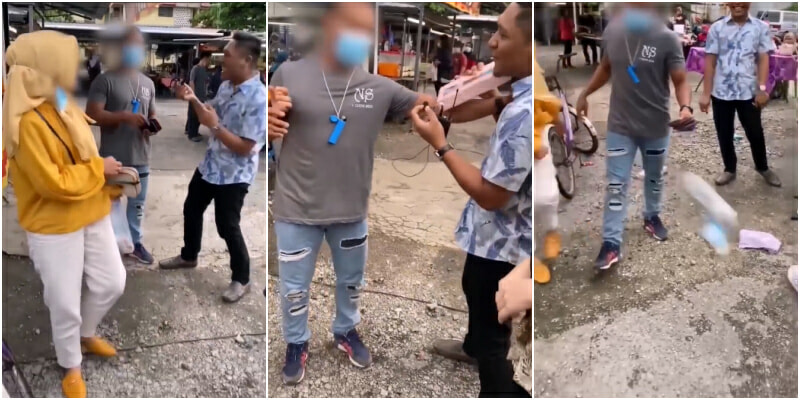 Curiosity is what drives social experiments to be done out in the open involving members of the public. As influencers clamor to get the audience’s attention on social media, some influencers go overboard with their stunts just for the sake of viewership.

To show how bad things went, here is a video shared on social media of the incident.

Not wanting to participate in the experiment, the couple denied his request. It was from here that things took a turn for the worst.

“Why are you guys not participating? This is done only for fun. You can even slap him lovingly. Be a good sport.”

To ensure the couple’s participation, the influencer even promised to provide them with a gift for participating. 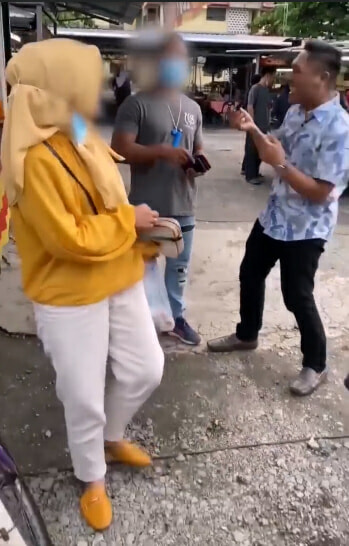 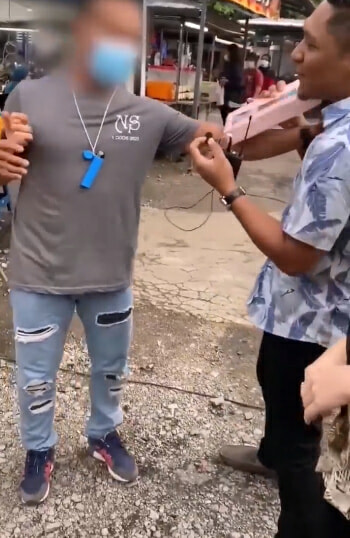 Despite the denial, the influencer persisted and insists that they must participate.

Having just about enough, the wife proceeded to throw the influencer’s gift and ‘violence’ followed when the couple wanted to get away from the influencer and his crew. 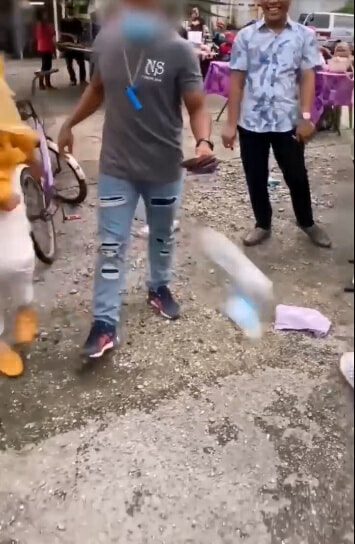 Garnering more than 1.3k reactions and 1.7k comments, netizens commenting on the incident slammed the influencer for his lack of sense in knowing when such an experiment is not a good idea and when to back off.

One netizen writes, “He should have asked his parents to participate in the experiment and see whether or not his mother would slap his father in return for a headscarf.”

Another commented saying that the influencer should have respected the couple’s privacy and if people are not accepting of such actions to be done in public, what more as part of a social experiment?

We feel that theis social experiment is a bit too much. What say you? 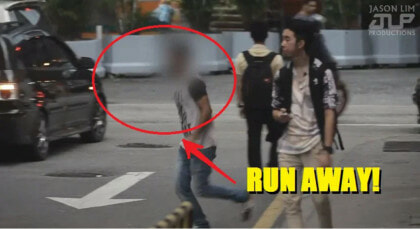