If you’re headed to Ipoh for a budget-friendly trip, this might be worth checking out!

We’ll say it again – yes, you can now visit this Ipoh attraction for free! Furthermore, you now only need to pay RM3 to access the rides. In line with this new pricing, the Menteri Besar of Perak, Dato’ Seri Ahmad Faizal, has announced that the opening times will be readjusted to 4pm to 12am on Monday, Tuesday and Thursday, and Friday to Sunday from 10am to 12am.

As reported by Oriental Daily, the move is aimed at driving more foot traffic to the park. Since its announcement in early 2014, expectations have been riding high on the theme park, which was touted as ‘the first fully animation-based theme park in Asia’, and would have featured some of DreamWorks’ most beloved characters such as Mr. Peabody & Sherman, Megamind, The Croods and more.

Upon its soft opening in June 2017, it was immediately met with heavy backlash by netizens as they complained about the lack of variety in attractions, expensive entry fees, and lacklustre management.

To make matters worse, in 2018 the park was forced to remove all of the animation studio’s intellectual property, following a breakdown in talks to open the ‘Dream Zone’ to the public. According to The Star, the zone, which would have included attractions such as Megamind Megadrop and Casper’s Birthday Blast, was said to have been completed but remained closed due to intellectual property restrictions. 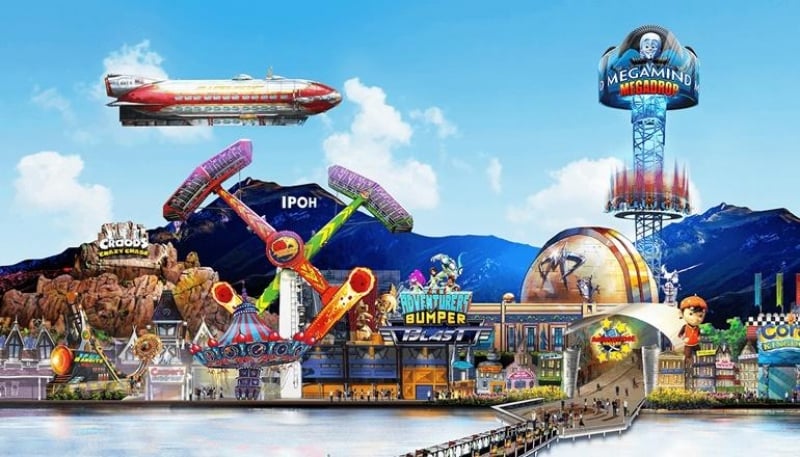 Since the Pakatan Harapan coalition took over management of the theme park following the May 2018 general election, steps such as lowering ticket prices and expanding the attractions have been taken to repair its soiled reputation. At present time, MAPS has 5 attraction zones, and day passes are currently being sold for RM70 on the website, RM80 at the entrance, and RM45 through ticket agents.

What do you guys think of this new development? Does MAPS get your vote now with its new prices and attractions? Let us know in the comments!

Many eyebrows were raised today when photos of parliament members enjoying a luxurious feast circulated on the internet, probing questions...

A catastrophic explosion that took place yesterday (4 August) in Beirut, Lebanon has left the nation shattered and scrambling for...

Previously, only people who had to observe self-quarantine were fitted with pink wristbands. Due to the drastic increase in cases...

News of Malaysians escaping their Covid-19 quarantine has been circulating on the Internet and on television, so it’s not surprising...

A 28-year-old man who was going through family issues has been charged with an RM3,000 fine for attempting suicide from...