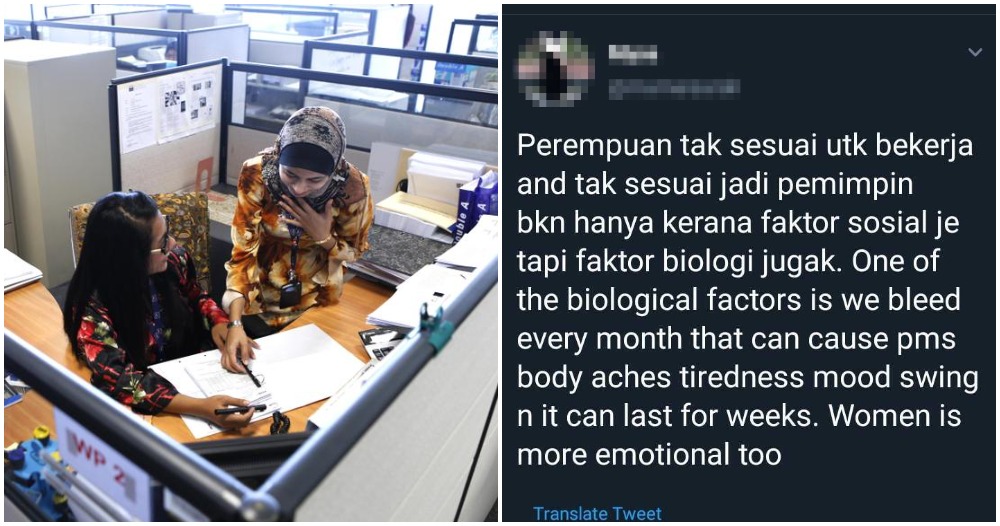 Just a quick glance through social media will tell you that it’s not all sunshine and roses now. Protests for the Black Lives Matter movement raging all across the United States, survivors coming forward with their sexual assault stories and many other important issues are being discussed on every platform.

You’d think that seeing the situation, people would be more careful with posting their opinions online. Apparently not! After the comments made by a certain pageant winner last week, a comment by another Malaysian has triggered anger among netizens. 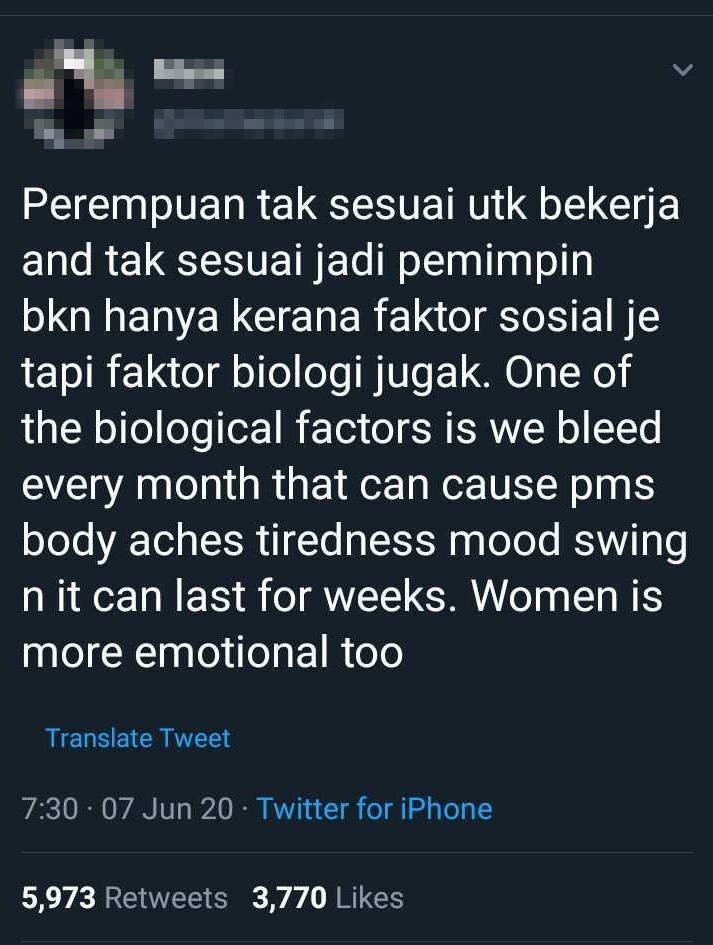 “Women aren’t suitable to work and to become leaders not only due to social factors but also for biological factors. One of the biological factors is that we bleed every month which can cause PMS, body aches, tiredness and mood swings which can last for weeks. Women are more emotional too.”

So, there’s many problematic things in this single tweet and the fact that a woman herself tweeted this is quite disappointing. It’s 2020, women are achieving so many great things and they’re still fighting for equality on a DAILY basis, you can’t just post statements like these and expect to be glorified.

To no one’s surprise, her tweet received extreme backlash and she even made her account private. There was a thread of her making a half-baked “explanation” on her statement but she deleted it.

Apparently, the account user has a previous history of making misogynistic statements before and some called her out again.

This person simply summed up the whole situation in a single tweet and we couldn’t agree more.

“Are we still having this argument?? Sooo many things wrong with this tweet and entire thread! Coming from a girl too..that makes it worse.”

We hope the girl who posted this statement takes some time to educate herself about the struggles of women who are still fighting for their basic rights. It’s no longer a time where sexist and offensive statements get pushed under the rug. Get ready to be called out if you make controversial statements!

Also read: International Influencer Calls Local Singer Out On Twitter For Sexist Comments, Tells Her To Cover Up