Recently, a married woman took it to Facebook after she suspected that her husband is cheating on her. That’s not the most interesting part because in her status, she also mentioned that she has been withholding sex for eight years! Poor husband!

The internet blew up and netizens went crazy after her status started making rounds on Facebook. 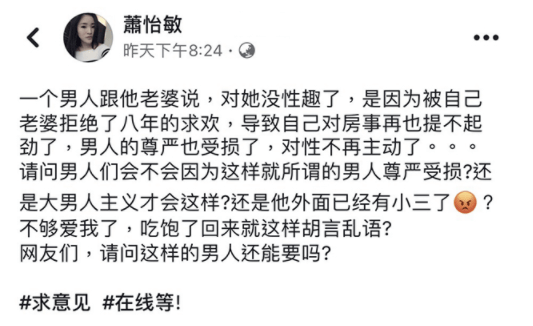 Here’s the translation of what she wrote.

“A man told his wife that he no longer desires her sexually anymore, because the wife rejected him for 8 years. This made the husband no longer interested in having sex with the wife, and that his self-esteem and ego has been crushed.”

Here’s the million dollar questions she had for fellow netizens.

“Do men lose interest in sex because his self-esteem and ego got crushed due to sexual rejection? Or they lose it because they’re having an affair with other women?”

“Is it because he doesn’t love me anymore so he comes up with these excuses after he’s done cheating with another woman?”

She ended her post by asking netizens if she should break up with the husband.

In just one hour, the status was shared over 500 times with hundreds of netizens pouring in their thoughts in the comment section. This is where the fun begins.

Some dubbed the husband as the best husband ever for putting up with the ridiculous wife for eight years.

“Your husband is without a doubt the best one ever. Under normal circumstances, any husband would’ve dumped his wife if she withheld sex for 8 months, let alone 8 years!” a netizen said.

“You’re so selfish! Even after 8 years, you still think you’re the right one? You need to release your husband back into the wild,” another Facebook user commented.

Perhaps this is the best comment in the thread,

“This husband must be the founder of MR DIY!”

Instead of taking netizens’ comments as a wake up call, she defended herself by describing the netizens as selfish for advising the husband to get a divorce.

She even replied this to one of the comments,

“My husband should be understanding towards me, and not use his ego and self-esteem as excuses.”

What has he been doing for the past eight years mate?

Honestly we’re not sure if the woman is looking for publicity on social media, or she’s just that ignorant towards her husband’s sexual need. While we believe sex should not be the most important thing in a relationship but as humans, we will also have needs lah, especially your own partner!

What’s your take on this, guys? 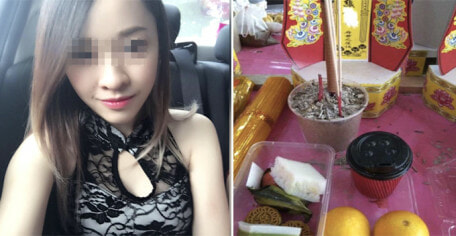