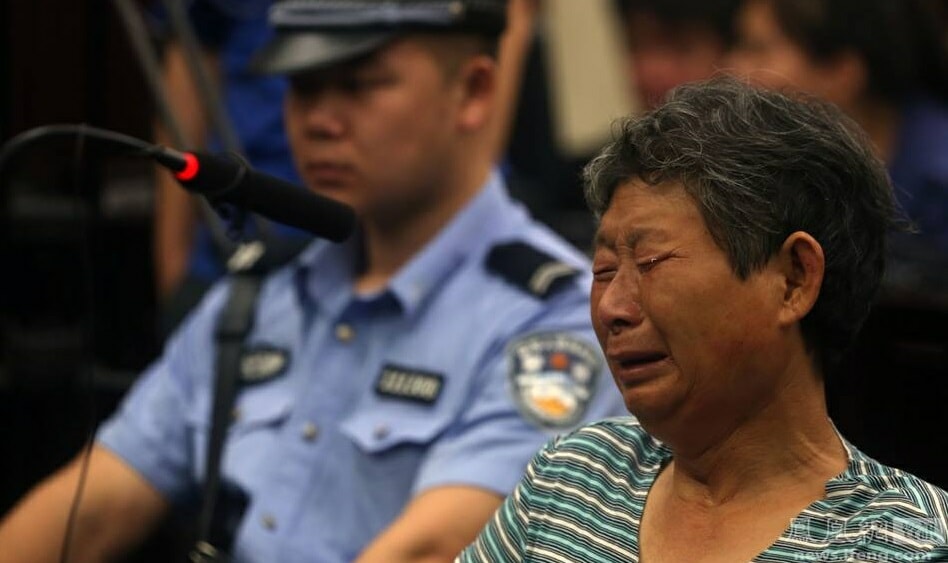 Regrettable tears streamed down her face as 63-year-old Mrs. Cui sat in a Beijing courtroom to hear the verdict on Friday.

No one would believe that the benevolent-looking grandma strangled her own husband, a man who wouldn’t have survived without her, and then later would attempt killing herself. Her husband, Mr. Zhou, had been paralyzed since 1999 due to cerebral infarction, a type of ischemic stroke resulting from a blockage in the blood vessels supplying blood to the brain.

Over the past 15 years, Cui spent most of her time taking care of her husband. In the last couple of years, she felt increasing pressures as her husband’s condition worsened and eventually left him in a vegetative state.

Left with no other choices, Cui quit her job and became an occasional street vendor, in order to give him full-time care. Even though she received some financial support from her village, she still struggled to make ends meet.

Cui in tears for recalling her desperate crime

In the morning of March 6th, the disillusioned Cui found a tight rope and wrapped it around her husband’s neck, putting an end to the old man’s misery. Both guilt-ridden and despair, she tried to cut her wrist several times. As she was bleeding, the pain helped to bring her back from the brink of death and she finally called her daughter for help.

The judge decided to give Cui a three-year imprisonment with a three-year reprieve, given her dedicated care for her husband and the poor family background. The sister of Cui’s husband said she and his family can understand Cui’s act, and know life had become very difficult for her.