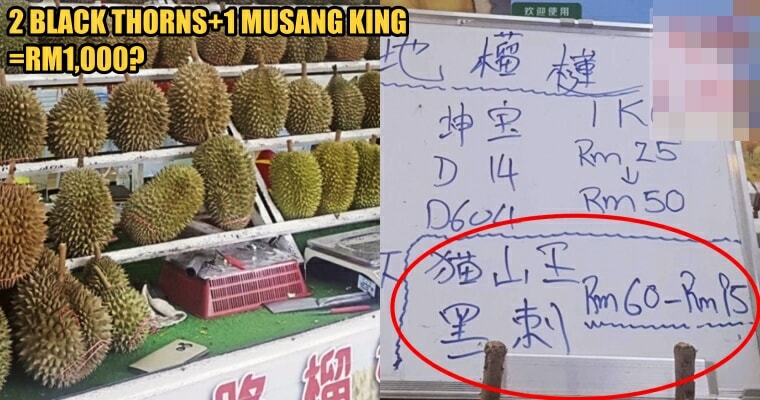 It’s durian season, and the tell-tale heavenly aroma has been lingering on the streets. With so many stalls seen on the roadside, we gotta pay extra attention to the prices to avoid being ripped off.

According to GuangMing Daily, a woman posted on Facebook on 30 May, complaining that a durian stall scammed her in Penang. She visited it with ten of her relatives, including a few children and ordered one Musang King and two Black Thorn durians for her family. 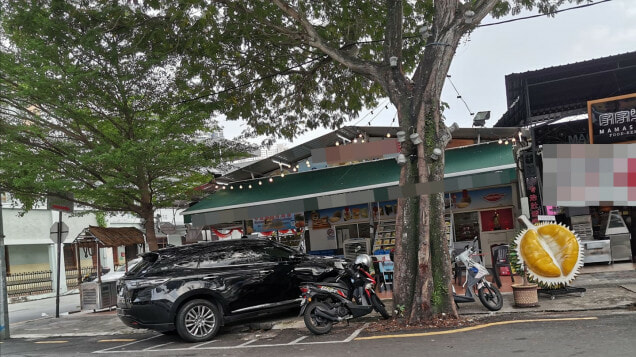 To her surprise, the total bill for the three durians was about RM1,000! Let’s see what’s the deal with the price here.

The seller claimed that they’d displayed the price of the durians clearly on their stall. The stall charges RM95 for 1kg of Black Thorn, and RM60 for 1kg of Musang King.

The owner said that the woman had inquired about the price of the durians before ordering and still requested for the largest durians available.

In a photo, the price was indeed written on the whiteboard. But it wasn’t stated clearly if the owner had displayed this on his stall during the woman’s visit. To us, the price of Musang King and Black Thorn (circled in red) weren’t exactly clear because the price was written as “RM60-RM95”. 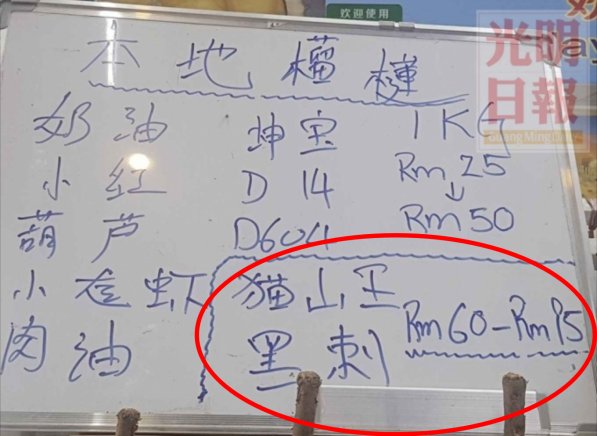 “I only served them the durians after they agreed on the price, but they only complained that my durians were too expensive after they ate them all!”

He also mentioned, “The durians were quite large. Otherwise, how would it have been enough for all ten people to enjoy?”.

However, when GuangMing Daily interviewed the woman, she claimed that the stall owner did not tell her the price beforehand and that she only found out after they finished eating.

She also confronted the stall owner over her RM1,000 bill, and the owner explained the prices to her again. But she doubted the durians could have weighed as much as claimed by the seller.

What do you think about the bill that the stall charged her? Do you think she was ripped off? Share your thoughts with us in the comments! 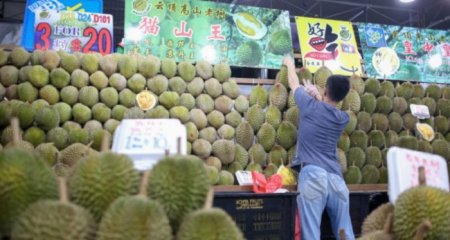