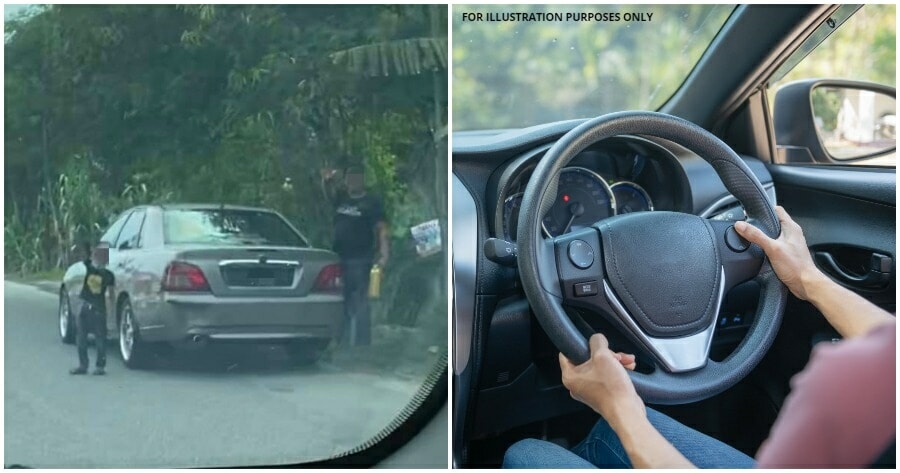 Picking up a hitchhiker is just as dangerous as getting a ride from a random stranger. If you’ve watched movies like The Hitcher or Wolf Creek, then you might be aware of how the danger actually goes both ways. Hence, it’s important to have a good sense of personal judgment, gut feeling, and reading of the overall vibe a person may give off.

Recently, a Malaysian who goes by the name of Ooi revealed the latest hitchhiking scam she encountered while she was about to leave her home. She posted a video of herself recording a man presumably in his 30s and a little boy in front of a grey Proton Waja gesturing for a lift. 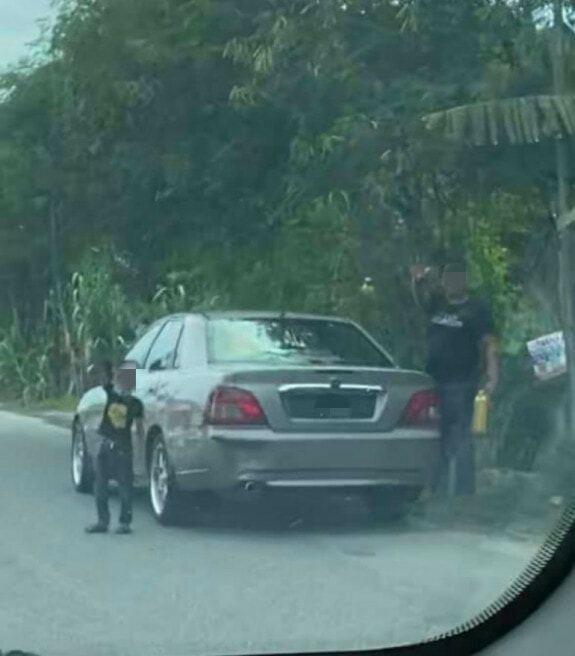 According to the Facebook post, she explained that her car was parked on a street in Kampung Baru Simpang, Taiping at around 3 to 4pm when a man carrying a small boy came up to her car and knocked on her door.

Speaking to WORLD OF BUZZ, Ooi (the woman) said she subconsciously winded down her window pane a little where the man then asked if she could give him a lift to the petrol station nearby for gas.

“I was contemplating my decision for a while, but I didn’t refuse so he thanked me. Then he ran to lock his own car door and planned to get into my car,” said Ooi

In the Facebook post, she wrote that before he could get into her car she quickly locked her doors and offered to get him some petrol from the station herself instead. To which he turned down saying that the action would not be allowed by the petrol station staff. She then offered her phone so he could contact a friend for help, but he also refused that offer, saying he didn’t have a phone nor a wallet with him at the time. 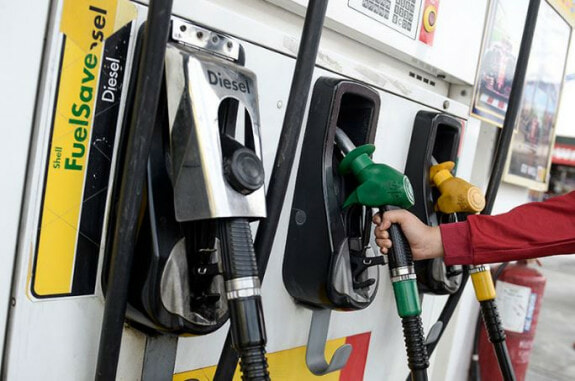 Ooi then asked him how he was going to be able to pay for his petrol once she drove him there, but the man just kept insisting on getting into her car. Feeling sceptical of his actions, she chose not to help the man for her own safety and told him that since the MCO was ongoing she was worried that she might get summoned. 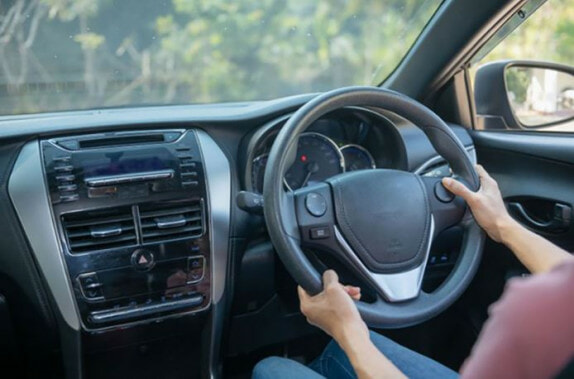 The 25-year-old then wrote on her post that she was worried that she might have misunderstood the guy, but noticed the same man and child at another location the next day waving at vehicles. Ooi noted that she was driving a different car so the man was unable to recognise her as he waved at her again.

After the encounter, Ooi said she was certain that the man was a scammer and expressed that it was shameful that people would use such techniques to commit crimes.

“I was alone at the time, so I strongly advise women to not allow any strangers into their cars. Especially during the MCO period since the streets are quite deserted and quiet if anything were to happen, nobody would be around to help,” said Ooi told WORLD OF BUZZ.

So remember folks, it’s easy to suddenly find yourself in a risky situation but not so easy to wriggle out of it. Do be careful and always stay wise. 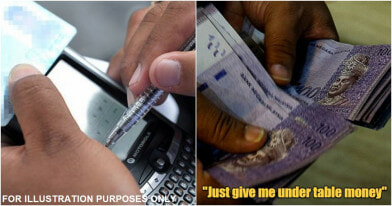