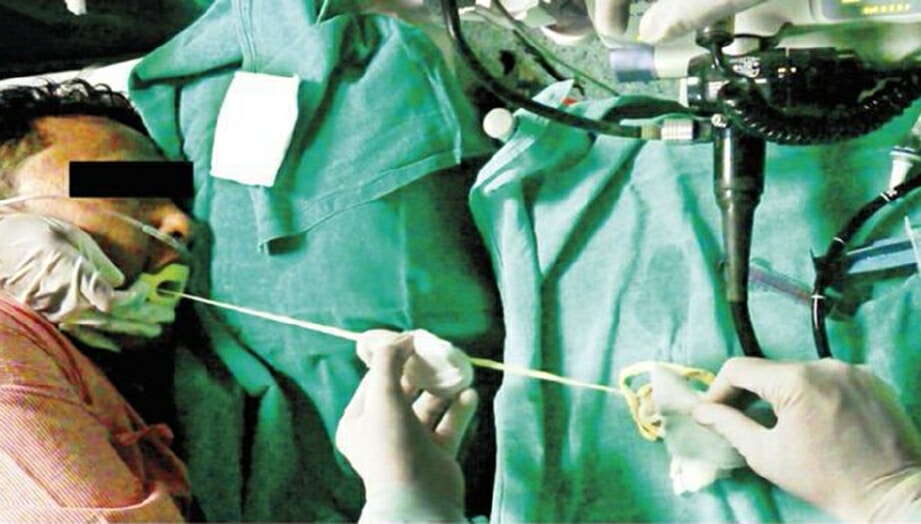 A doctor in New Delhi, India has recently pulled out a 1.88m tapeworm from a man’s gut, THROUGH HIS MOUTH!

The 48-year-old man apparently started having acute abdominal pain since two months ago, before he finally sought medical attention. 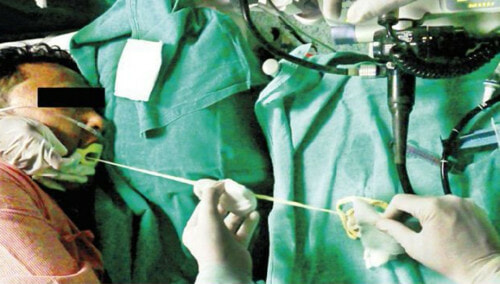 The doctors performed a colonoscopy only to find a segment of an undulating worm in the man’s colon – this is usually the case for patients with tapeworms. Doctors would typically find segments of the parasite in the gut.

According to doctors, the surprisingly intact tape worm spanned as long as 1.88m!

Fortunately through a procedure , the doctors managed to remove the tapeworm by pulling it out through the man’s mouth. The entire procedure took about an hour and 15 minutes and the man was certainly sedated during the procedure.

The man was then given anti-parasitic medications to kill any remains of the tapeworm after the removal procedure. According to reports, the man seem to be doing just fine now after a week.

The tapeworm goes by the scientific name Taenia solium, and it was apparently the longest worm that Dr. Cyriac Philips, a liver specialist at PVS Memorial Hospital in India who treated the man, had ever seen. 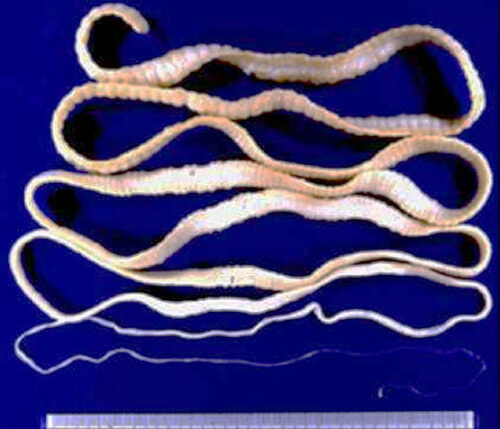 Tapeworms can typically grow to as long as 3.5 m and live for years in a person’s gut. As tapeworms do not usually cause any symptoms, most people often may not even realize that they have an infection. Though in some cases, like this one, a tapeworm can cause abdominal pain, according to the National Library of Medicine (NLM).

So please be careful and take good care of your health. You certainly don’t want a 2m-long tapeworm be living in you! *shudders*