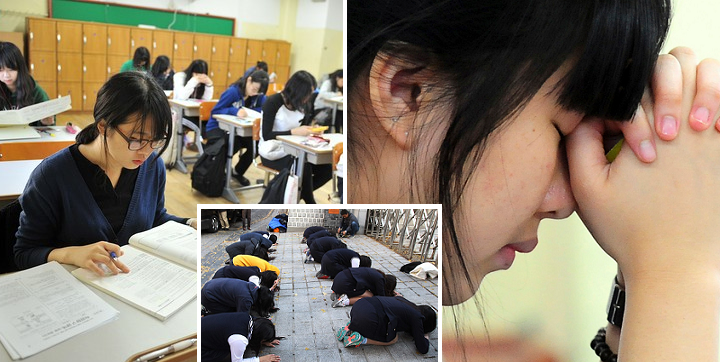 In South Korea, there is an exam called Suneung aka the College Scholastic Ability Test. This exam which is viewed very gravely as it basically determines what kind of university a student would be able to enroll in.

If you get stellar grades in that test, you’ll be almost guaranteed a spot in some of the most elite schools in South Korea like the Seoul National University and KAIST. 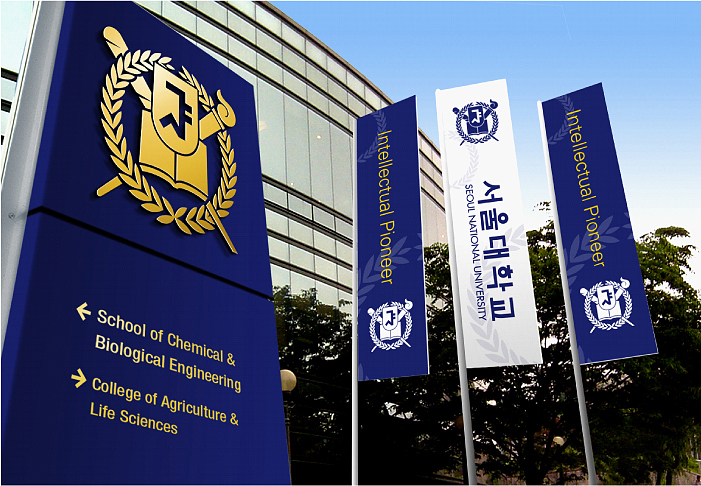 “Most teachers emphasize that if we failed Suneung, the rest of our lives would be failure, because the test is the first (and last) step to our successful lives,” said a local.

As such you can imagine that the test would be super important and crazy stressful to both students and parents alike. But amazingly almost the whole nation comes together to ensure that the students do well. 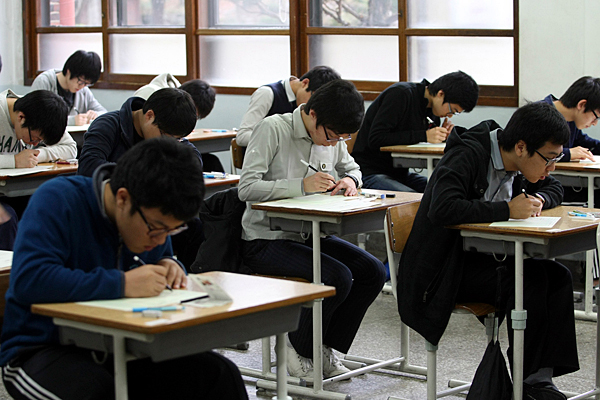 This year, some 606,000 students will sit for the test, and it was very apparent looking at the sheer number of parents and their kids at temples and churches seeking blessing weeks before the test. The students themselves would even pray for good luck before they enter the exam.

This test literally is make-it or break-in for them, it decides their future. 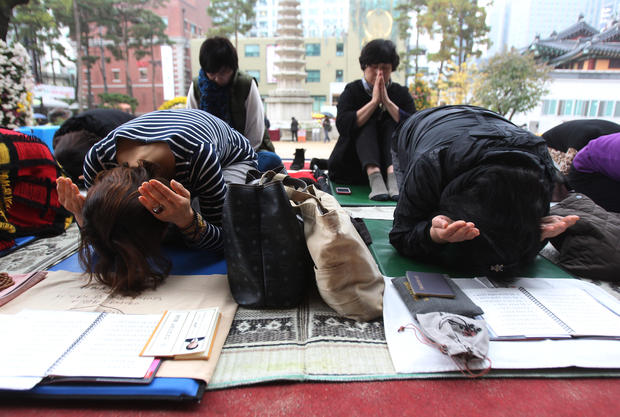 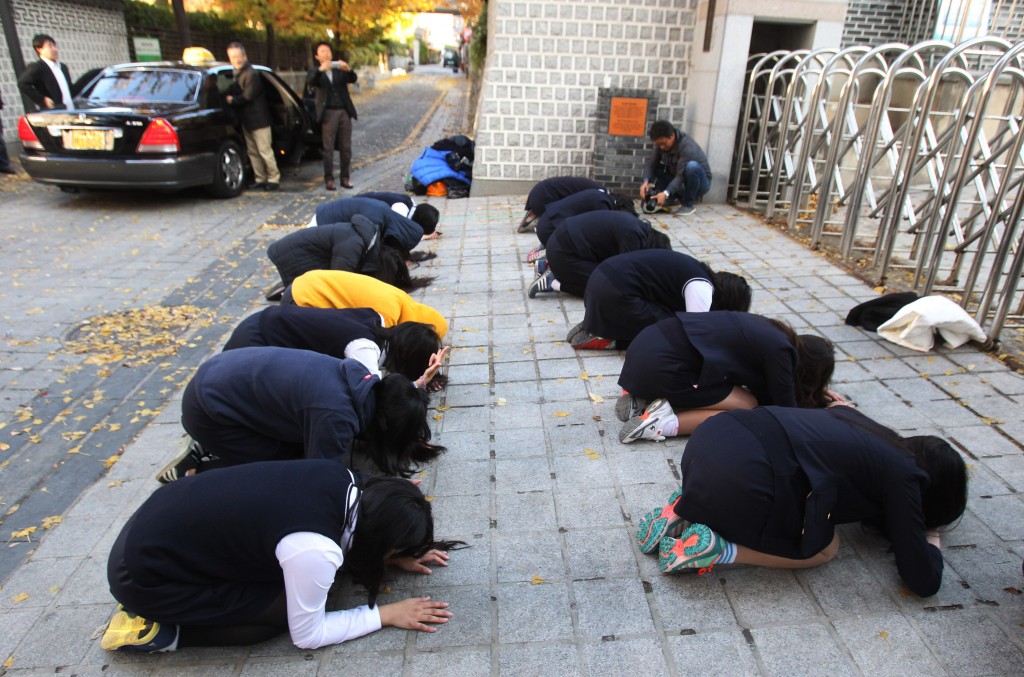 To help with the students, most businesses, government offices and even the Seoul stock market opened an hour later at 10:00am, as to not congest the traffic.

Not only that, the country went to the extent of grounding airplanes for 30 minutes in the early afternoon, which is during the listening portion of the test as to not acoustically pollute the area.

Large trucks and construction sites around the exam venues have also been ordered to pause for the same reason. I’m not even kidding, btw! 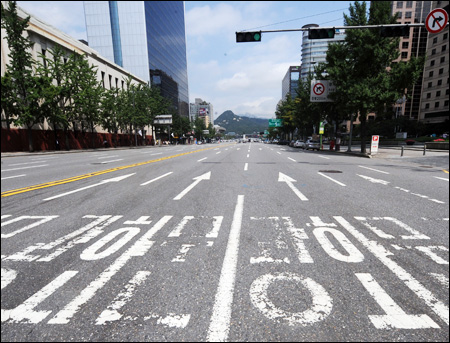 Do you guys know the best part? If you’re a student for that test and touch-wood you are running late, the freaking police officers will escort you to your exam hall!

Over here you speeding to make it for SPM sure kena saman dy!

It is reported the South Koreans spend over RM79.5 billion on private education and tuition to prepare their kids for the exam. Also, it’s not uncommon to see students breaking down during or after the exam due to the exceedingly large expectations put on them. 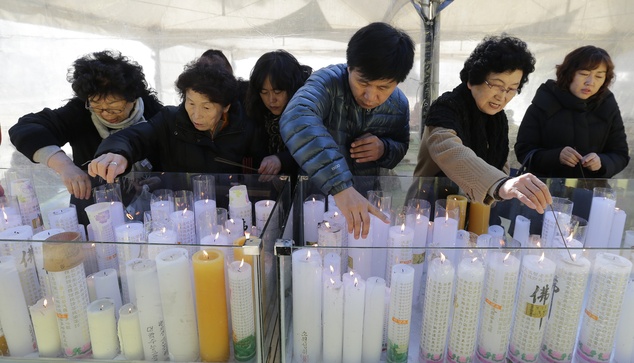 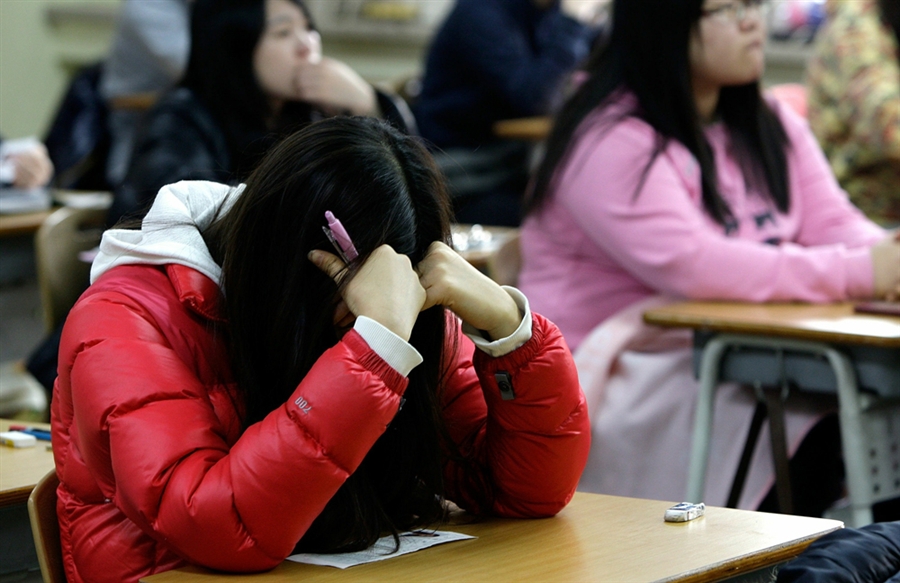 This exam isn’t without controversy as you can imagine. It has been linked to many depression and suicide cases in the country, reports Nextshark. Much like most Asian countries and Malaysia, these central examinations neglect the true aspect of education: a future career that students actually want to pursue.

At least it’s nice to see that in spite of this, everyone tries to make sure they have the best possible chances to ace it.

Now, if only Malaysia also could have some police escorts to our big exams? Anyone?