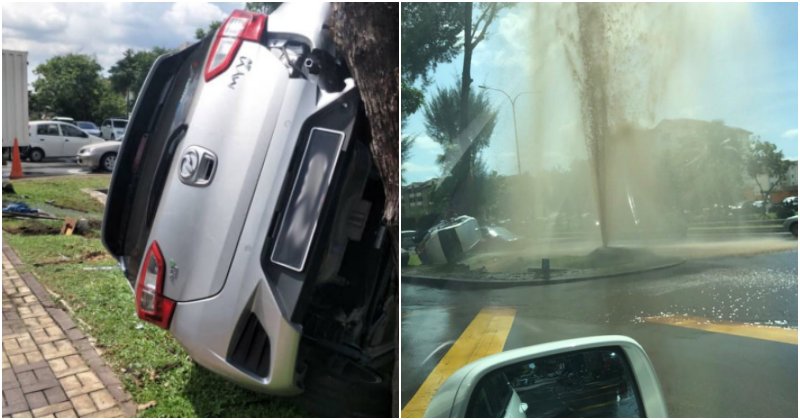 Subang Jaya folks face a lot of water disruption these days for a multitude of reasons – be it problems at the water treatment plant to a recently burst pipe due to a freak accident.

People of Subang Jaya, you have been warned. 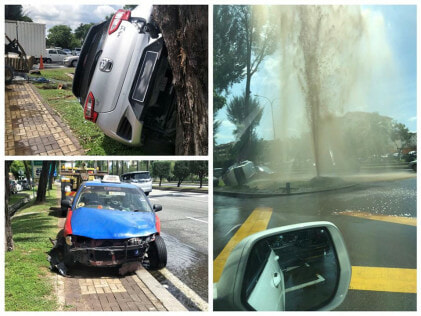 SJ Echo writes, “One of the vehicles had hit one of Air Selangor’s water pipes at the junction, which resulted in the water spout.”

To show how bad the situation is in the area, here is a video of the freak accident and the ensuing jet of water.

Commenting on the incident, several netizens have stepped up condemning the drivers involved for reckless driving.

Truth be told, anyone who frequents Persiaran Murni would know that the area is not an accident-prone area.

One netizen writes, “All drivers should never assume that they are F1 drivers. Emulate the attitude of the Japanese when driving.”

Another lamented on the fact that it was a Sunday and that nobody needs to get anywhere in a hurry unless it was an emergency.

We urge those affected to make ample preparations in anticipation of the looming water disruption. We would also like to advise drivers to drive carefully!